Apple Thinks that an LCD TV Should Run in Two Modes 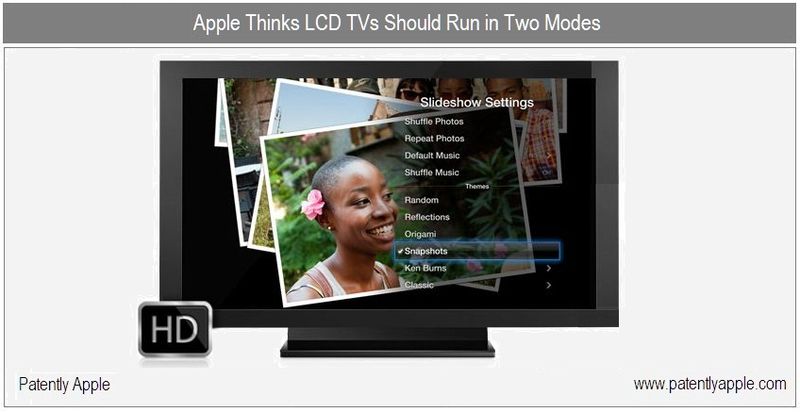 Liquid crystal displays (LCDs) are commonly used as screens or displays for a wide variety of electronic devices, including consumer electronics such as televisions, computers, and handheld devices (e.g., cellular telephones, audio and video players, gaming systems, and so forth). Such LCD devices typically provide a flat display in a relatively thin package that is suitable for use in a variety of electronic goods.

Typically, LCD panels include an array of pixels for displaying images. Image data related to each pixel may be sent by a processor to the LCD panel through a driver integrated circuit (IC). The driver IC then processes the image data and transmits corresponding voltage signals to the individual pixels. Typically, the method by which the driver IC receives and processes the image data is well suited for receiving certain types of image data, such as video images for example, but not as well suited for receiving other types of image data, such as still images.

In a typical electronic device with an LCD display, the method by which image data is sent to the driver IC is usually pre-determined according to the most common type of image data that is expected to be displayed and the resulting tradeoffs between power usage and memory cost. For example, an LCD television or media player may operate in a streaming display mode, i.e., using an RGB-style interface. This may reduce the cost of the display by eliminating the frame memory and may also reduce the processing overhead and power usage associated with addressing memory.

The display may be used to display various images generated by a television (or any Apple device with a display). The display may be any suitable display such as a liquid crystal display (LCD), plasma display, or an organic light emitting diode display, for example. In one embodiment, the display may be an LCD employing in-plane switching (IPS), twisted nematic, electrically compensated birefringence, or other techniques useful in operating such LCD devices. 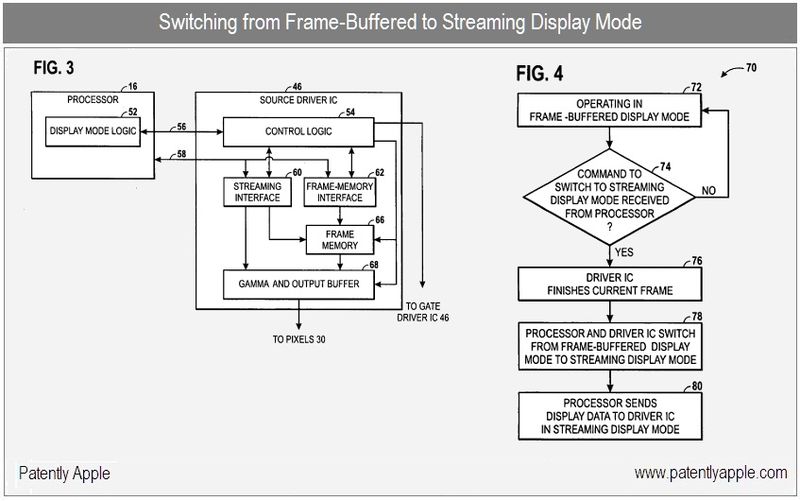 Apple's patent FIG. 3 is a more detailed block diagram of the processor and the source driver; FIG. 4 is a flow diagram illustrating a method of switching from a frame-buffered display mode to a streaming display mode.

In a second related patent found today under number 20100225571, Apple discusses a new display architecture in great detail that provides independent adjustment of gamma with respect to each color channel of a display. 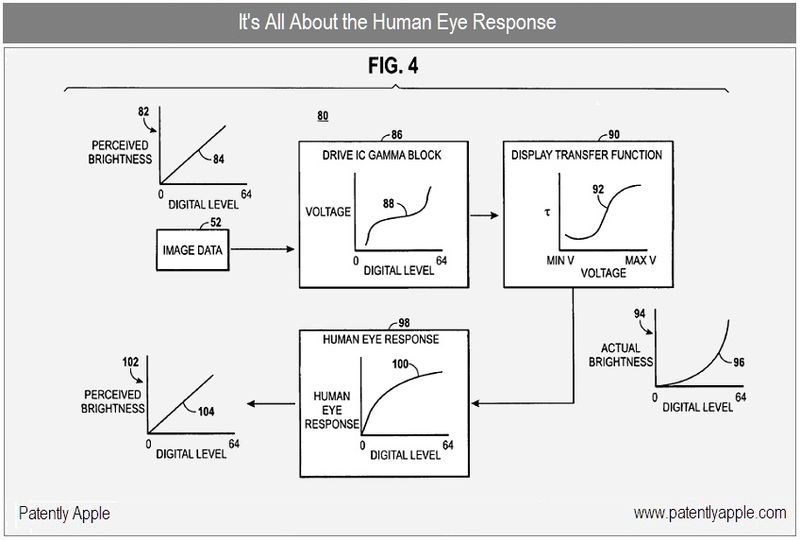 Apple's patent FIG. 4 illustrates a process flow diagram 80 depicting how image data may be processed by gamma block, displayed by an LCD panel and perceived by a user.