On September 24, 2010, the US Patent & Trademark Office published Apple's latest trademark application for the "Briefing Room" under application 85133045. Apple has filed their trademark under two yet identified International Classes covering retail services and technical consulting. The specimen supplied shows us that this service is currently available at the Apple Store in Minneapolis Minnesota. This new Apple Store Business Class service is likely to now go international. 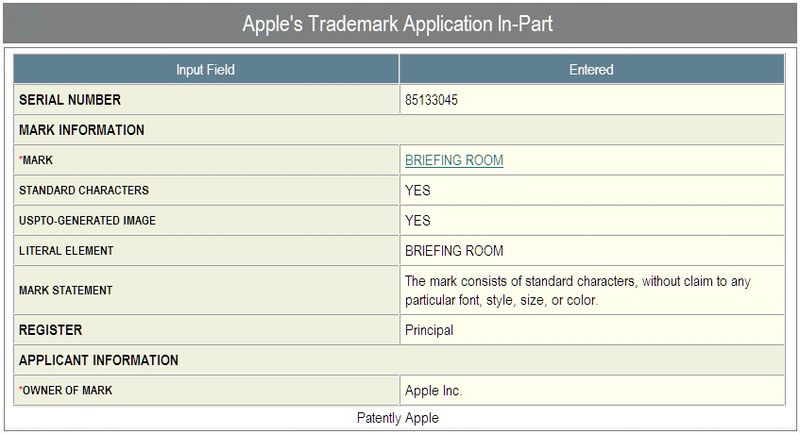 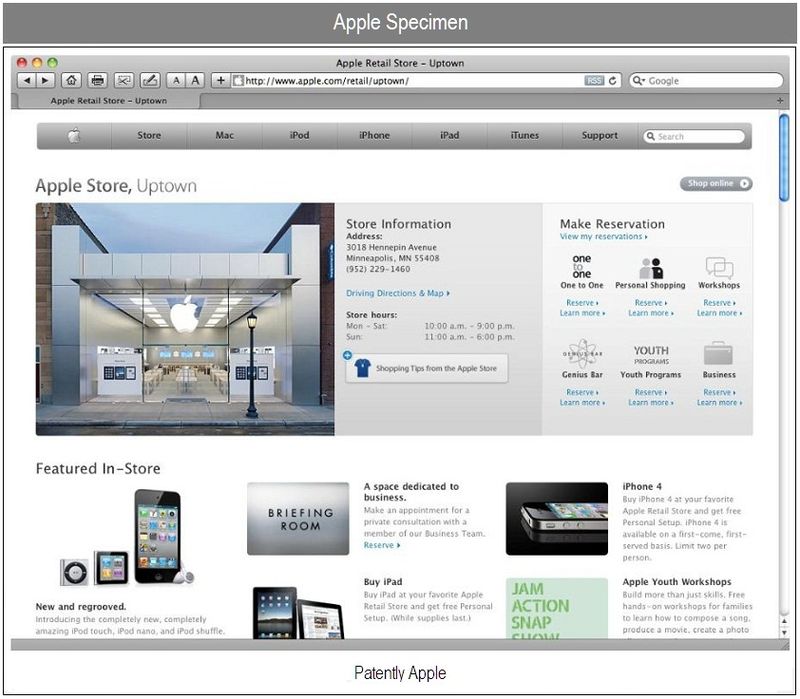 Apple asserts a claim of priority based on Jamaica application number 55536, filed 04/27/2010. Apple has also filed an "INTENT TO PERFECT" 44(d), which states that "At this time, Apple does NOT intend to rely on Section 44(e) as a basis for registration, but wishes only to assert a valid claim of priority."

About the Briefing Room

Update: We were informed later this morning by Florian Innocente of Paris that the Apple Store, Opera - in Paris was one of the first international stores to offer this new service. A photo of Apple's Briefing Room in Paris is seen below - captured by macgeneration, Paris. 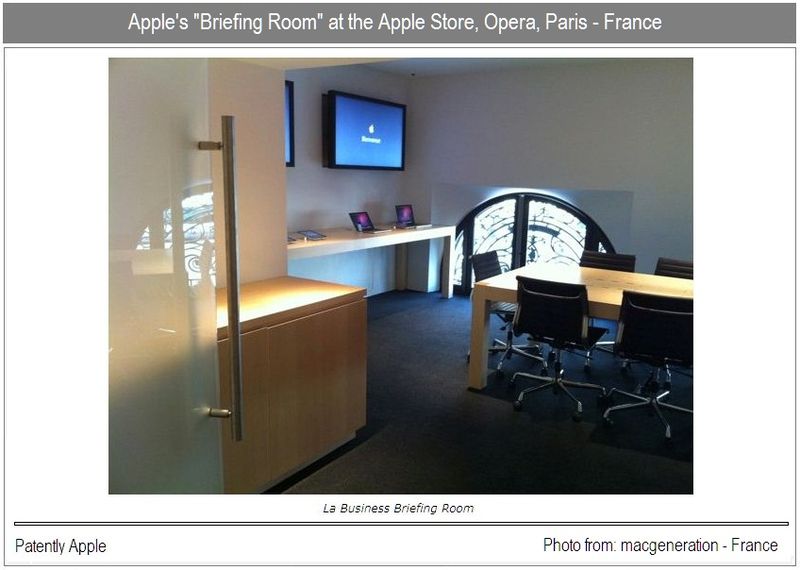 We've also learned a few things from the Shanghaiist blog. According to the Shanghaiist, Apple's Briefing Room is "kept separate from the noisy hustle and bustle of the rest of the [Shanghai Apple] store." The room has "built-in monitors, a worldwide iChat function, and speakers built into the ceiling, making for the ultimate conference call. There are also other Apple products on hand in the room like MacBooks and iPods, so businesses can come in and train employees on how to use the new Apple products."

Beyond the Apple Stores in Shanghai, Minneapolis and Paris that we've noted in our report, the Shanghaiist also confirms that there's also a Briefing Room in Chicago. Now that Apple has filed for the Briefing Room trademark, it's pretty clear that their intention is to roll out this new service in more Apple Stores located in major business centers in the not too distant future.

I was in the covent garden store the other day and on the top floor I noticed an area set aside called a briefing room. It was 'guarded' by an Apple employee and people were going into it, but I don't know what it was about.

Later in the day I was back in the store and there were a lot of people in business suits standing around talking about how Apple set up their stores...so I agree with the suggestion this is business focussed.

As we all know, Macs have a very small market share in businesses. It seems as though Apple was waiting - like Cartier-Bresson - for just the right moment - to spring on the business segment.

And what timing! The iPhone made inroads. The iPad has been a huge success. Apple has a great reputation and is known everywhere. The enterprise is primed. Now Apple launches a frontal attack!

If Apple were to double its enterprise share it would be a small gain in overall share percentage points, but huge in terms of Apple's sales.

If they are really putting together a full scale assault on the enterprise, then you can expect 20% worldwide share in 3 years - 4x current Mac sales assuming 0 growth in overall PC sales.