Apple Files Trademark for "AirPrint" Prior to iOS 4.2 Update 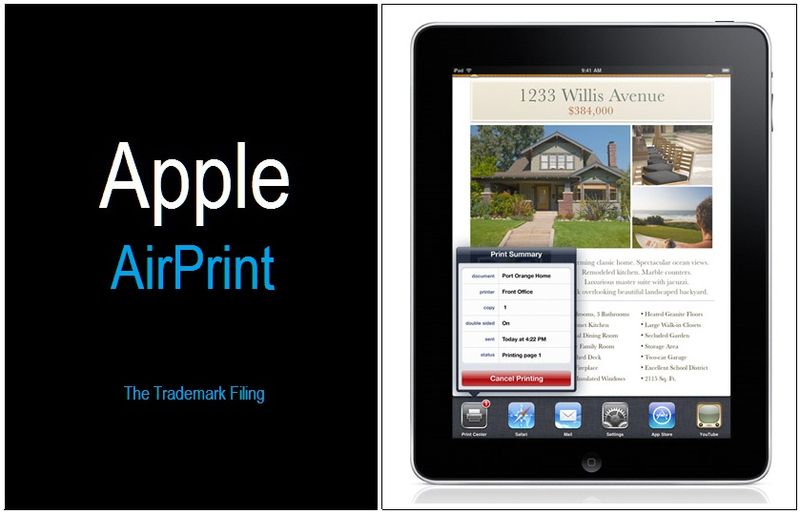 On September 14, 2010, the US Patent & Trademark Office published Apple's latest trademark application for "AirPrint" under application 85129144. Apple has filed their trademark under four distinct International Classes which are covered in this report in full. Apple first introduced AirPrint during their special iPod event on September 15, 2010. AirPrint will be included in Apple's free iOS 4.2 software update available in November. AirPrint automatically finds printers on local networks and can print text, photos and graphics to them wirelessly over Wi-Fi. "AirPrint is Apple's powerful new printing architecture that matches the simplicity of iOS—no set up, no configuration, no printer drivers and no software to download," said Philip Schiller, Apple's senior vice president of Worldwide Product Marketing. 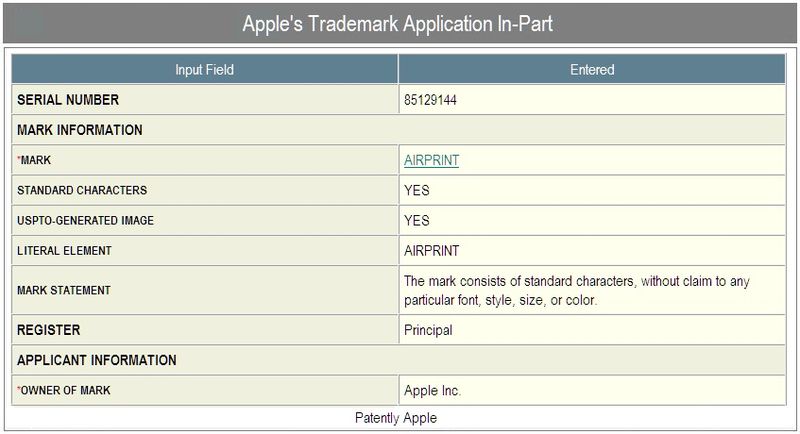