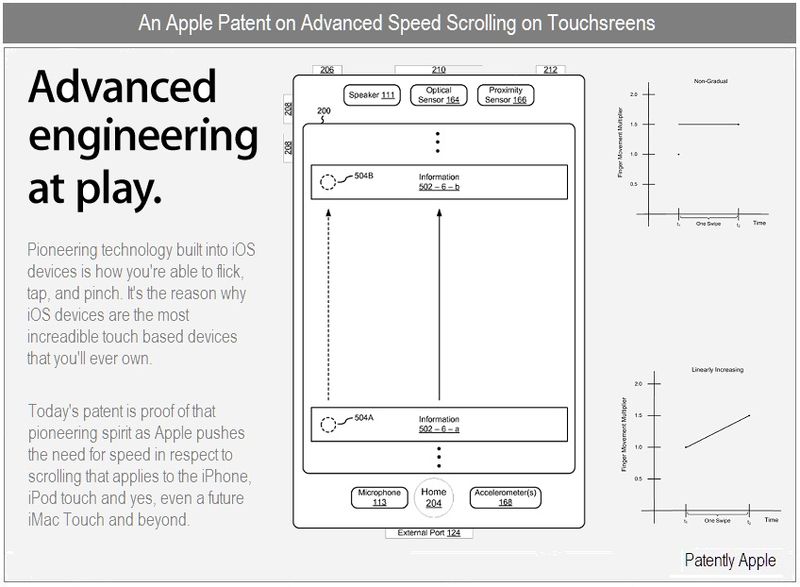 An Apple patent was published by the U.S. Patent and Trademark Office on September 16, 2010 that basically covered the advances in scrolling acceleration for iOS devices like the iPhone and iPod touch. Yet the most interesting aspects to this patent actually went beyond discussing the advances of scrolling acceleration methodologies. In fact, what turned my head was that the patent summary actually begins by pointing to a touchscreen device that has yet to surface: the iMac. The patent then points to the fact that accelerated touchscreen scrolling will also apply to the MacBook. Furthermore, the patent also indirectly confesses to future applications that could be coming to said touch devices. The first is noted as being a "website design" application, which could mean a touch version of iLife's iWeb, and the other is a "drawing" application – which has appeared in other Apple patents and has been a long standing rumor. Oh the little gems that awaits us in Apple's patents.

When the information on the display of a multifunction device is lengthy, scrolling at a fixed rate is slow and inefficient. For example, it could take a very long time to scroll through a hundred page document or a contact list with several hundred contacts.

Interestingly, Apple's patent summary begins with the revelation that "in some embodiments, the device is a desktop computer. A revelation, which once again, supports the notion that Apple is actively involved in the creation of an iMac Touch desktop.

Apple's patent FIGS. 5B, F, G, H and I, illustrate an exemplary series of finger gestures on a touch-screen device according to one embodiment. FIG. 5B illustrates an initial finger gesture, showing information item 502-6 at its initial location 502-6-a and at its final location 502-6-b after scrolling. The dotted circle 504A identifies the initial location of the user's finger during a first swipe, and dotted circle 504B identifies the final location of the user's finger during the first swipe. In FIG. 5B the amount of scrolling corresponds to the amount of finger movement. 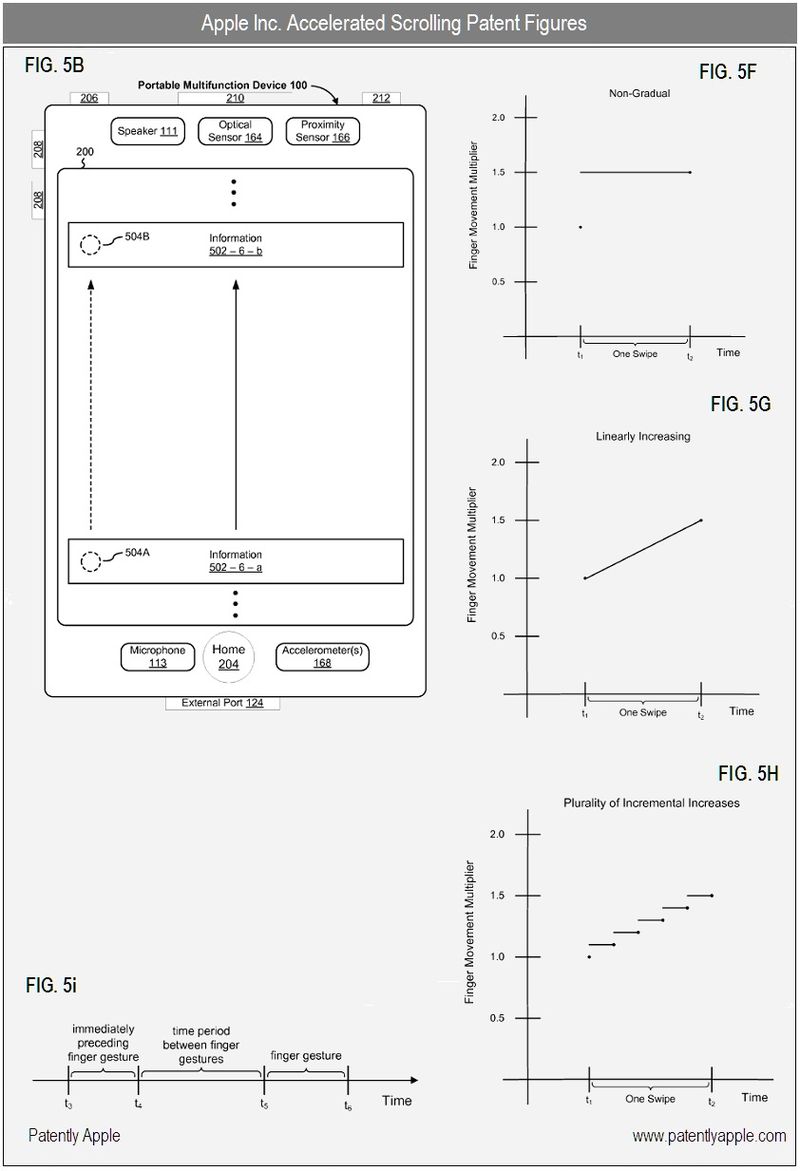 One Method of Scrolling Speed 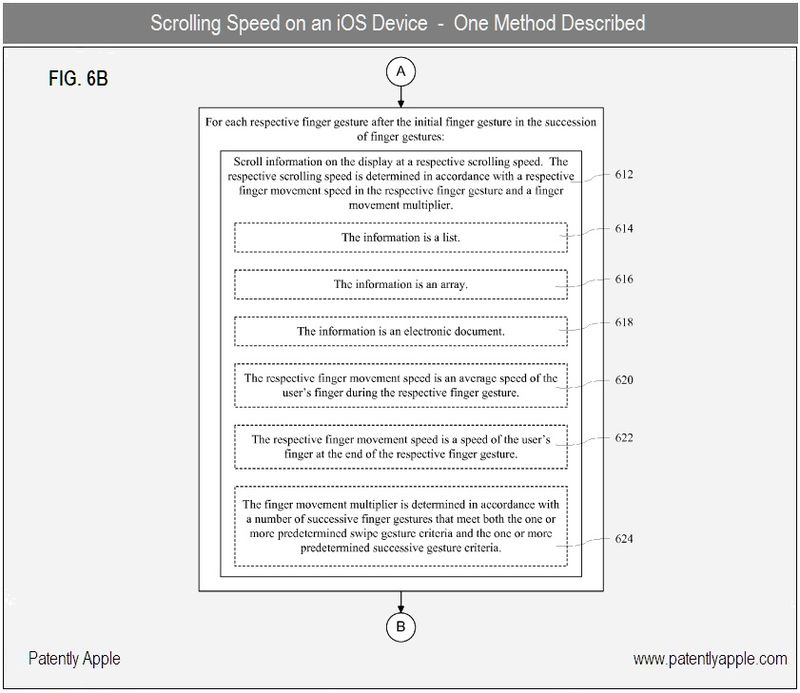 For more information, see Apple's patent application 20100235794. Bas Ording is noted as the sole inventor of this patent which was originally filed in Q3 2009.

@melgross - I think you meant to refer to Mr. Spock (as in Star Trek)? Not the childcare doctor, right? (Ha!)

This is all pretty exciting. I can envision ways in which OS X and iOS, which are the same OS internally, can be melded. Dr. Spock, anyone?

Joking aside, with the folding iMac mount we saw earlier, this could work very well. If only they would somehow manage to have pressure sensitivity for artistic programs, it would have everything we need.