A New Accessory Transceiver could turn iPod Touch into an iPhone 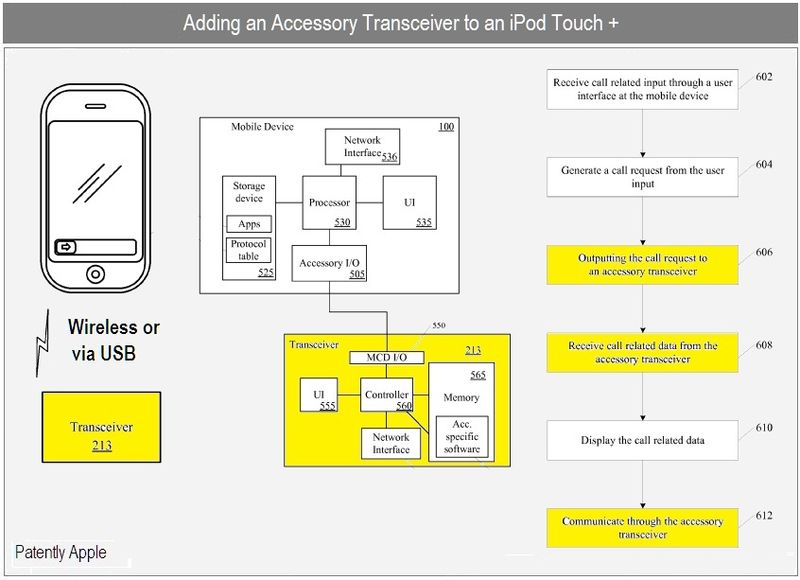 There were 27 Apple patent applications published today by the U.S. Patent and Trademark Office. Ten of those dealt with accessory functionality such as identification processes, communication techniques, application protocols and all manner of boredom. Yet one stood out from the pack. It's about an accessory transceiver that could provide a mobile device like the iPod touch with access to a mobile telephone network. Did that catch your attention? 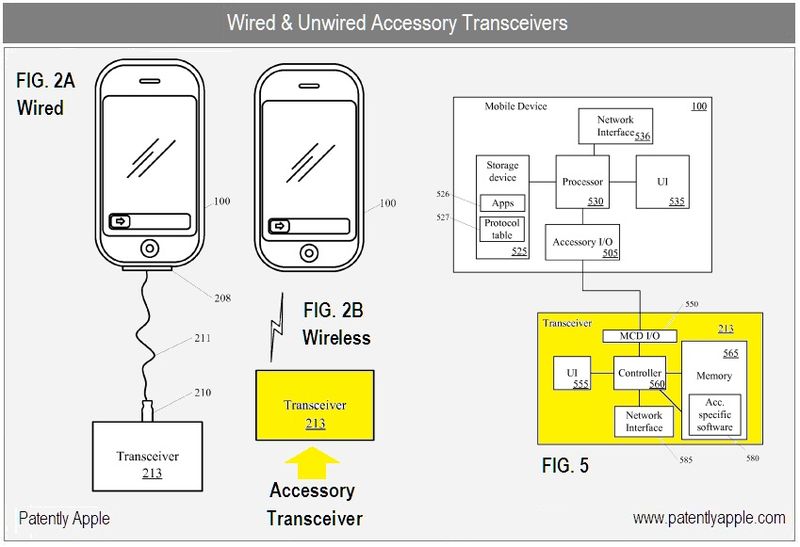 According to patent points 21 and 23, mobile device 100 noted above as an iPhone, could in fact be an iPod Touch or even an Android or Blackberry. It could also be a standalone digital camera, a game console, email device etc. It's patent point 23 which points to the iPod Touch where the accessory will make most sense in the short term. 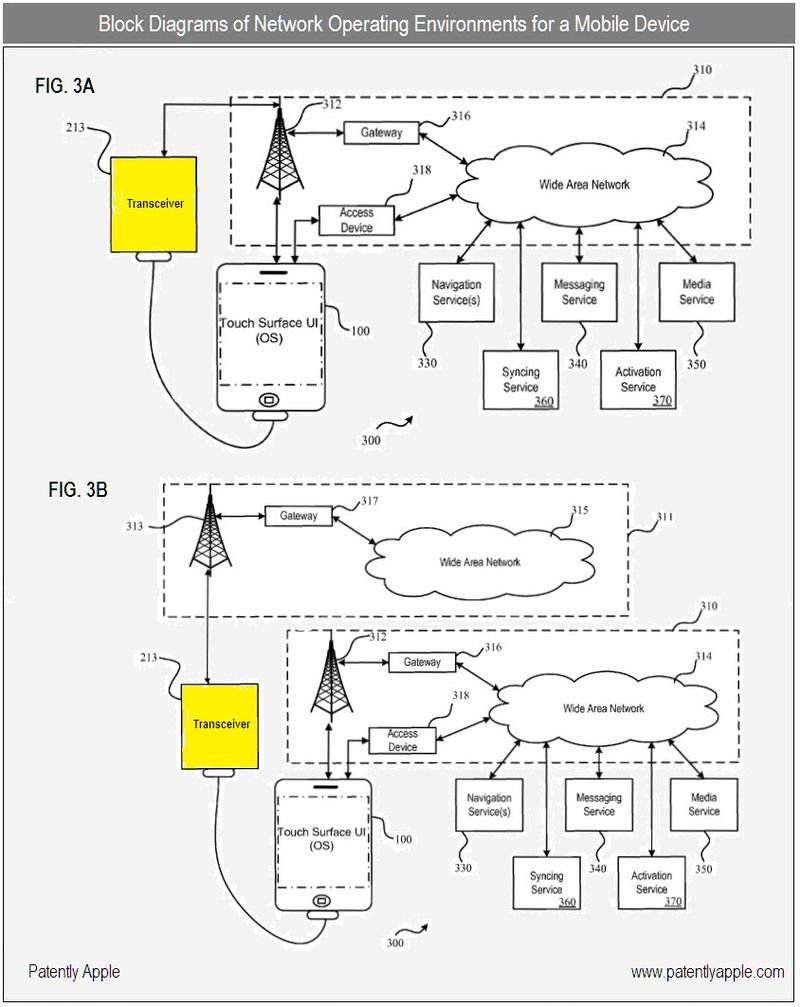 As stated in our introduction, there were ten patents covering accessory functionality. Below you'll find the nine remaining patents that fall into two distinct groups. Each group share a common set of graphics.

Patent: Smart Keyboard Management for a Multifunctional Device with a Touch Screen Display 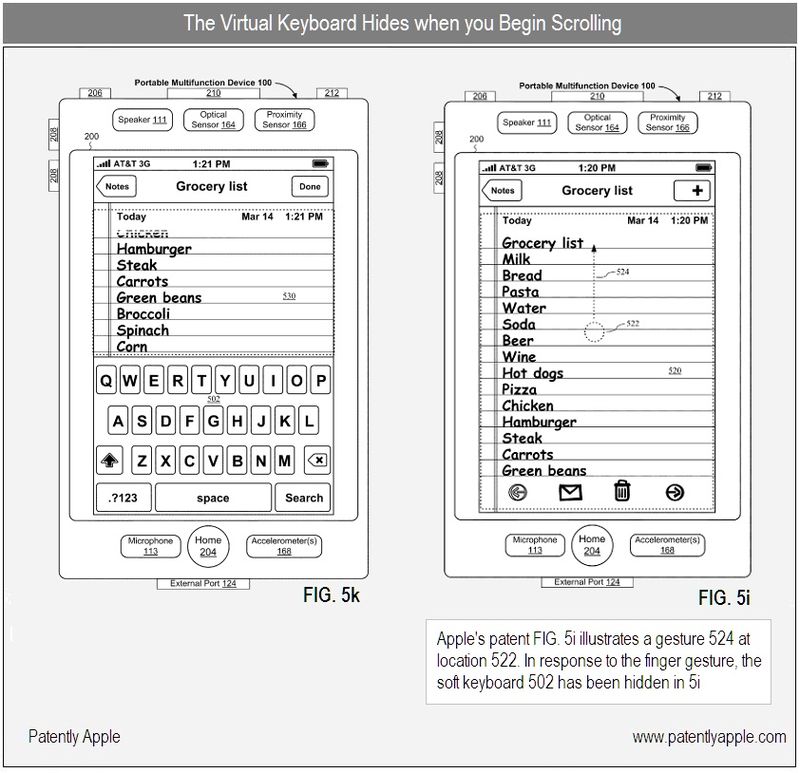 Background Data: A 2009 patent provided us with a conceptual drawing of a USB accessory Apple has on record. It could be to add speakers or telephonic capabilities to an iPod.

What about the possibility that a company in China has already come up with something like this (which is, indeed, the case) and Apple is applying for a patent in order not to develop this product themselves, but rather to stifle anyone else who tries to?

Thanks for sending that example in, Shi. Yet it'll be nicer when I could get the transceiver accessory directly from Apple.

As someone pointed out to me, isn't this called a "modem?" Then again, it's a 2010 patent so it must be something else.