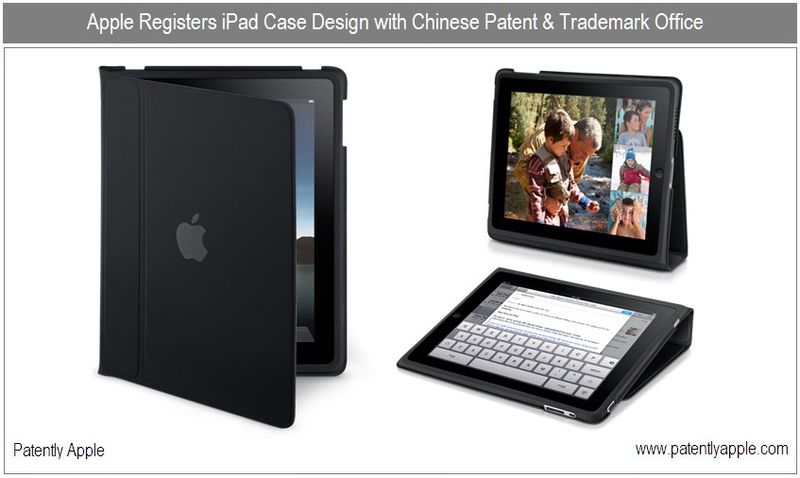 On August 2, 2010, China's Patent Office officially published Apple's registered iPad case design under number 1000992.4. Apple's iPad case has a microfiber interior and reinforced panels provide structure. The case could fold down so as to act as a stand for giving work related table-top presentations or slideshows and could be used casually to watch a movie or even use the onscreen keyboard. Apple introduced the iPad case on the day of iPad's launch.

Apple's registered document covers the design with this description: "The features of the design for which novelty is claimed are the pattern, ornament, shape and configuration of the article as shown in the representations. The broken lines are for the purpose of illustrating a portion of the article that forms no part of the claimed design." 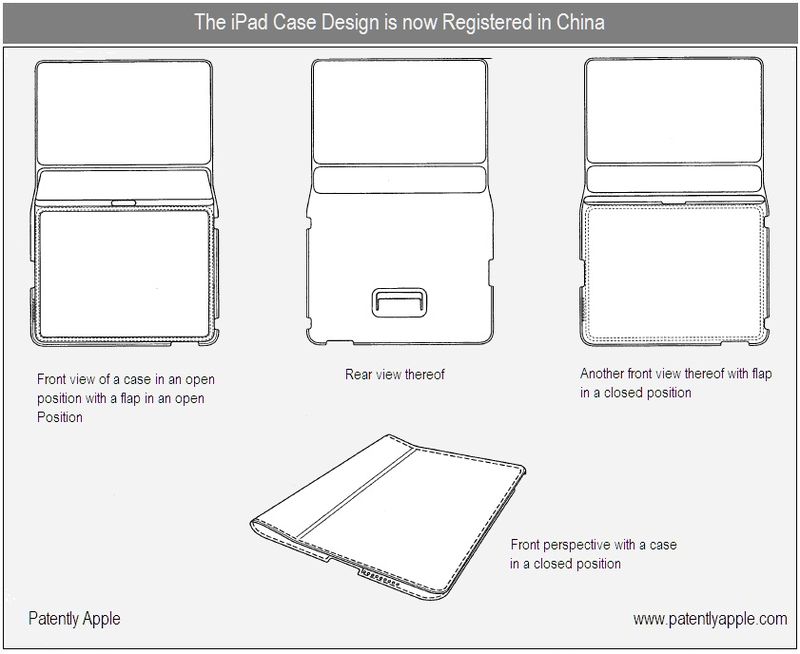 Notice: Patently Apple presents only a brief summary of patents with associated graphic(s) for journalistic news purposes as each such patent application and/or Granted Patent is revealed by the U.S. or other foreign Patent & Trade Office. Readers are cautioned that the full text of any patent application and/or Issued Patent should be read in its entirety for further details. For additional information on any granted patent noted above, simply feed the individual patent number(s) into this search engine.

China's Patent and Trademark Office is officially known as the "Intellectual Property Department, The Government of the Hong Kong Special Administrative Region."