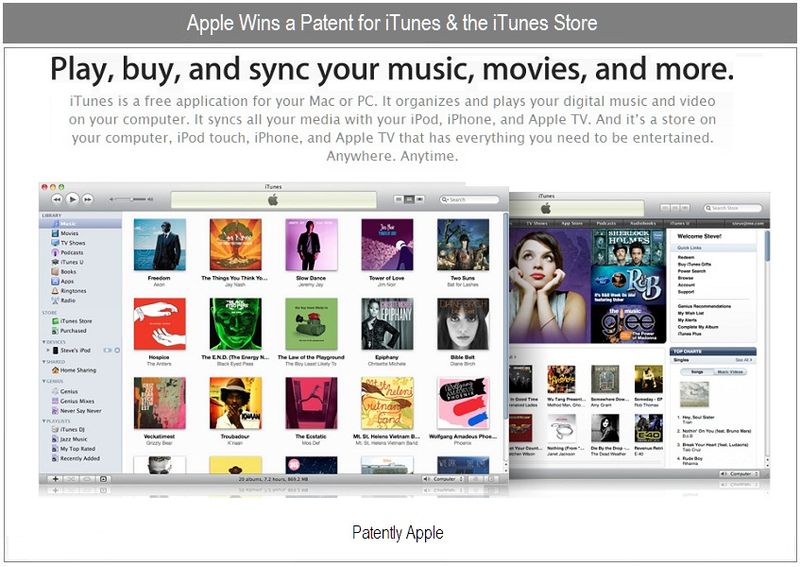 The US Patent and Trademark Office officially published a series of 21 newly granted patents for Apple Inc. today. The notables within this group include one relating to an iMac-like computer flex arm, a few design wins for the MacBook Air's SuperDrive and the Apple keyboard with numeric keypad, a great win for Apple's Aperture in relation to RAW processing and finally, the most important of all, a granted patent for Apple's iTunes and integrated iTunes Store. 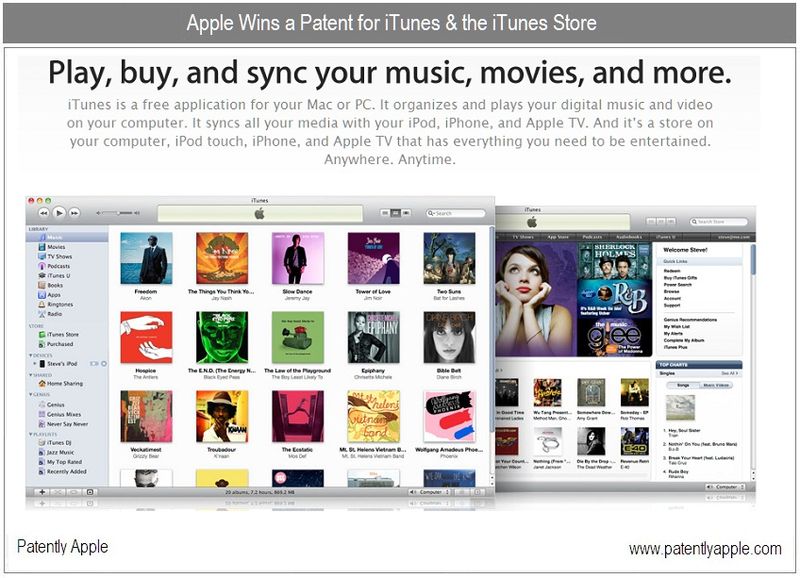 Typically, the digital camera has an image pipeline that performs a demosaicing or de-Bayering process on the RAW image and transforms the image with a compressing algorithm to output a JPEG or other type of compressed file suitable for display and viewing. However, the RAW image captured by the digital camera could be uploaded to a computer, and computer software, such as Apple's Aperture. 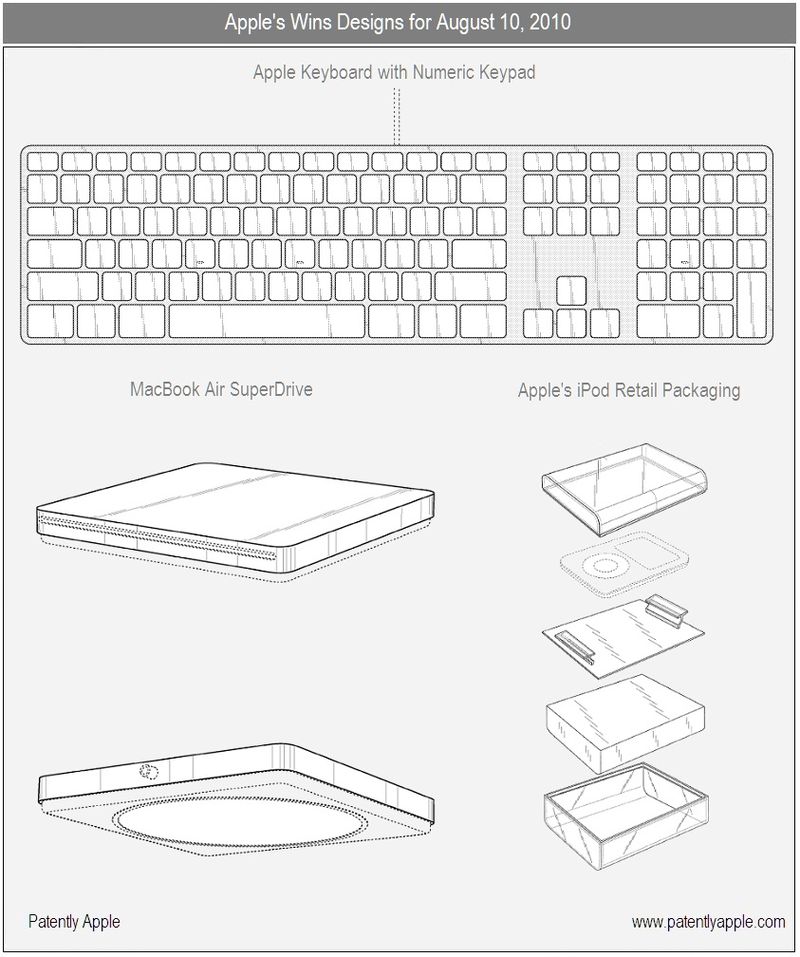 Steve Jobs was listed on the MacBook Pro, Apple Keyboard and iPod Packaging patents as one of the inventors.

Apple has won a patent that pertains to a flexible display assembly that is easy to use. The design comes well after the iMac that was designed with a flex arm back in January 2002. One has to wonder if Apple could someday resurrect this concept in an alternate configuration like an iPad holder as shown in this May 2010 patent. 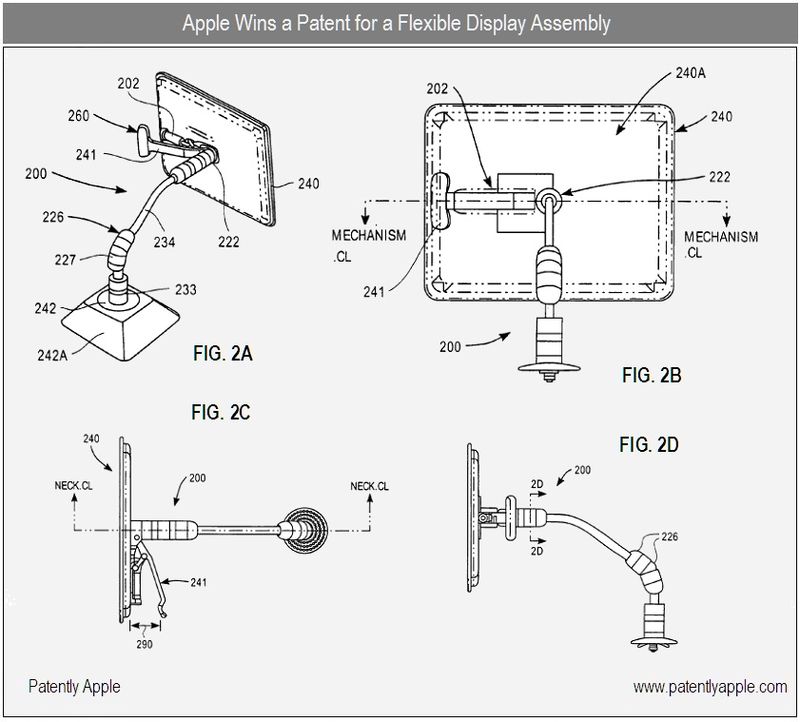