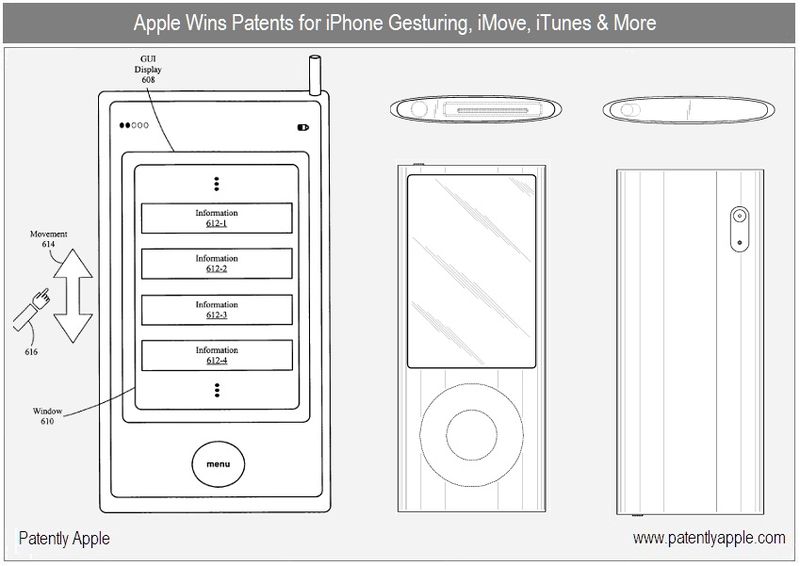 The US Patent and Trademark Office officially published a series of 19 newly granted patents for Apple Inc. today. The notables within this group include five industrial design patents relating to the iPhone, iPod touch and iPod nano. Among the standard granted patents, we see that Apple has finally picked up two iMovie related patents that date all the way back to the year 2000 – as well as one for the iTunes interface and two for LCD related technologies. Yet the one that is likely the most important for Apple today is a major motion, gesturing and touch related patent that covers all of Apple's iOS related devices that will certainly provide Apple with a larger sledgehammer going into any law suit current or future. 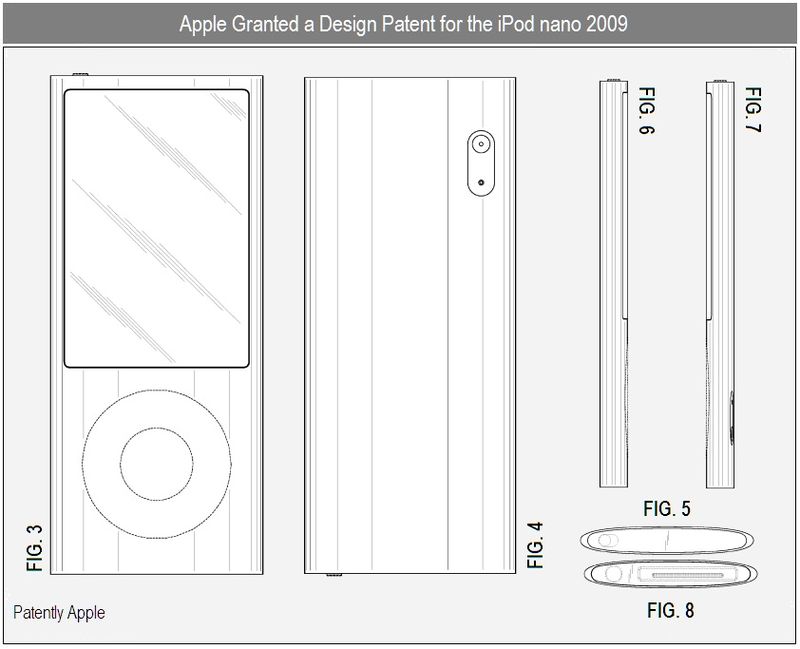 Apple's patent states that the motion, gesturing and touch related patent covers a handheld computer, a tablet computer, a personal digital assistant, a cellular telephone and/or a combination of two or more of these items. That's what was stated back in 2005, two years prior to the iPhone's arrival. The patent therefore, clearly covers all iOS related devices such as the iPod touch, iPhone, iPad and future related products like an iMac Touch. 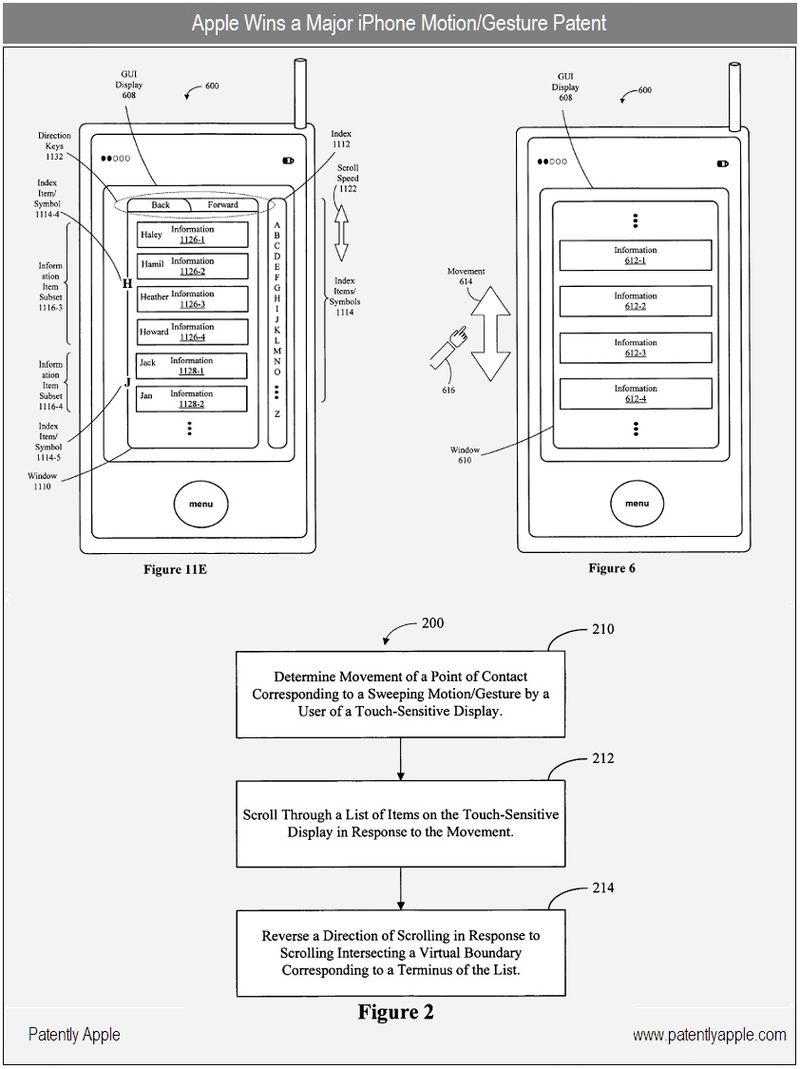 This is without a doubt a major cornerstone touch related patent that will assist Apple in any lawsuit relating to touch and gesturing and is too deep a patent to cover in a granted patent report. For more details, refer to granted patent 7,786,975 which was originally filed in Q4 2005 by Apple's heavy hitters Bas Ording, Scott Forstall, Greg Christie, Stephen Lemay and Imran Chaudhri. 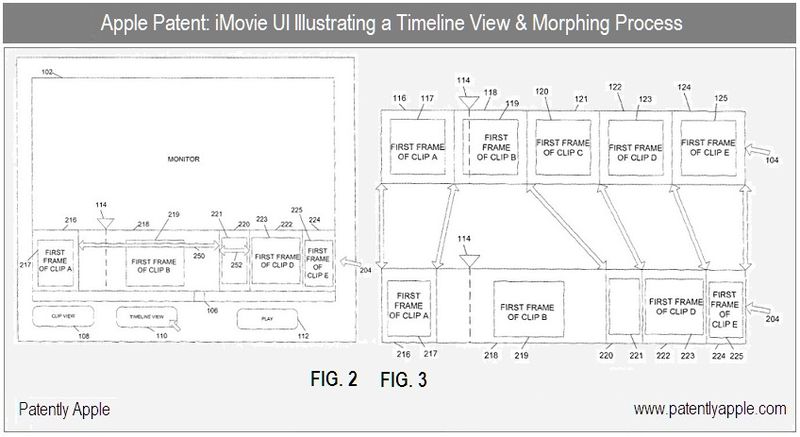 A traditional approach to reducing errors in data transmitted between components of a handheld electrical device involves compensating for bit biasing. A major disadvantage of this approach is that it doesn't account for noise that exists in the data transmission. This noise could grossly distort the trigger point threshold, potentially rendering it too high or too low.

Apple's invention solves these and other problems by reducing errors in data transmitted in an electrical device using dynamic trigger point threshold calibration of the data transmitted between the components of the device.

Apple has also won another deep LCD technology patent relating to "Exposure adjustment of an image using G+/G- curve" under granted patent 7,787,000. Apple's abstract states that "an improved exposure adjustment technique for brightening and darkening an image on a display using a modified Gamma-like (G+) function is disclosed. Two pertinent characteristics of this technique include the fact that the slope of the G+ function is not infinite at the origin, where "origin" corresponds to black pixels, and the slope near the origin, where corresponding to pixels are relatively dark, is lower than the slope of a conventional Gamma-like function." Geekdom rules! 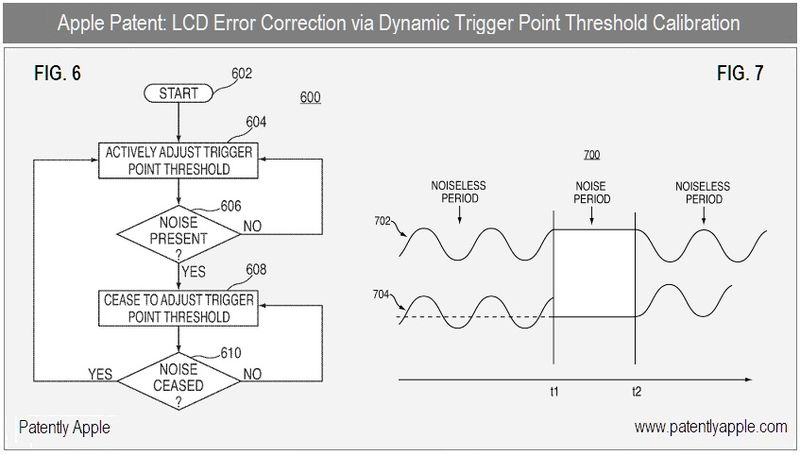 Years ago, filmmakers shot vast quantities of film footage and then edited it into final form by physical cutting and splicing clips (sequences of frames) together in a labor-intensive, time-consuming, and expensive process. Today, however, computers have dramatically changed the process of film editing because nonlinear editing (NLE) applications represent the clips in digital form and allow the clips to be virtually cut and spliced together. These applications are called nonlinear because no physical tape or film is involved in the editing process, so the user may jump immediately to the desired clip without physically rewinding or fast-forwarding tape or film.

While this granted patent has taken a little longer than usual to get final approval, it's a significant win for Apple's iMovie iLife App. Apple credits Austin Shoemaker as the sole inventor of Granted Patent 7,788,605 originally filed in Q2 2003.

Apple has also been granted patent 7,786,999 for yet another iMove related patent titled " Edit display during rendering operations." This patent invented by Glen Reid was first applied for in the year 2000. As they say, better late than never. This particular Apple patent generally relates to methods for manipulating a time-based stream of information using a processing system, and more particularly to methods for displaying the time based stream of information during rendering of edits to produce a presentation. 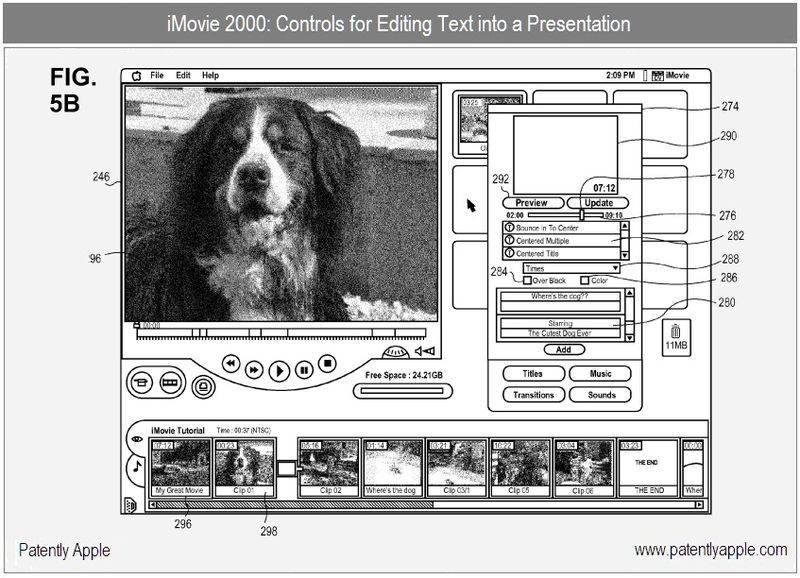 Abstract: Improved techniques and graphical user interfaces that assist users in searching through a group of media items are disclosed. According to one aspect, a search assistant (e.g., search bar) can be graphically presented to a user to assist the user in selecting search criteria. In one embodiment, the search assistant can be automatically presented when a search process is being considered by a user. In another embodiment, the search assistant can be context sensitive so as to adapt to different types of media items.

GP - 7,788,656 - System for reducing the number of programs necessary to render an image

Abstract: Disclosed is as system for reducing memory and computational requirements of graphics operations. The system provides techniques for combining otherwise individual operations to apply filters to images. The combined filter emerging from the combination spares the processor time and the creation of an entire intermediary image. The system further provides for application of these techniques in many contexts including where the operations are fragment programs in for a programmable GPU.