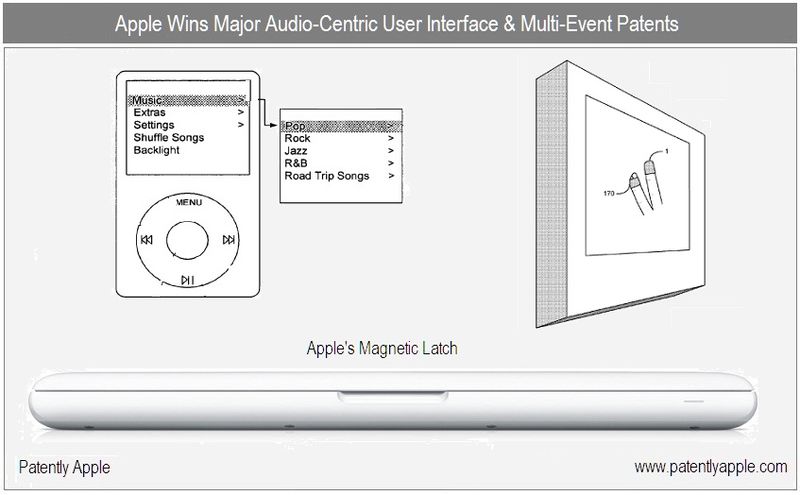 The US Patent and Trademark Office officially published a series of 23 newly granted patents for Apple Inc. yesterday. The notables within that group included one relating to design wins for the iMac and the iPhone's Unlock feature as well as patents for Apple's Final Cut Pro Audio and the MacBook's magnetic latch. Yet the major wins of the day went to Apple's Multi-Touch/Multi-Event touch screen patent and their Media Player's Audio-centric UI that has only surfaced in-part. The advanced audio UI described in the patent goes far beyond the simplistic usage of audio commands that are being implemented in Apple's current iPod Shuffle and iPhone via Voice Control. Let's hope that Apple could get their advanced audio-centric user interface technology to market this year so that they could further challenge Google's latest Android features relating to voice commands.

Apple has won a major audio-centric user interface patent that could be used with a future Apple media player including any iPod, the iPad and/or iPhone. Apple currently uses Voice Control in their iPhone and simple audio commands for their iPod Shuffle. Yet the latest granted patent appears to have audio commands that are far more sophisticated than what is being implemented today. 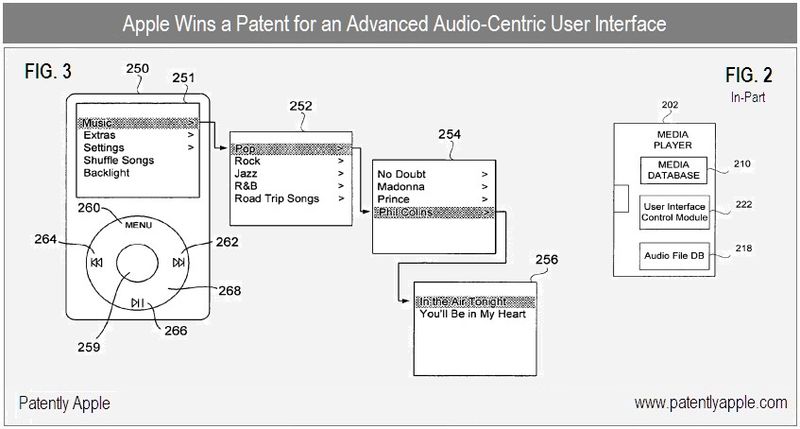 Apple has won a major Multi-Touch Multi-Event patent that pertains to all of their touch surface based media players including the iPhone. The patent covers the ability to touch a touchscreen with a finger tip, a fingernail or a finger that is covered by a glove or even thimble and still be recognized as a viable and allowable indicator tool.

Apple's patent covers systems, methods, and devices that provide for a touch surface that improves upon the prior art of multi-touch. Various embodiments illustrated in the patent show how the new technology improves upon prior art by providing more robust touch surfaces that could recognize and distinguish different types of touch inputs. Accordingly, the number of types of input and the number of types of events are advantageously increased. In this manner, additional functionality could be achieved. Moreover, various embodiments of the present disclosure could also provide for increased precision in detecting touches. The increased precision is beneficial on current or future smaller surfaces. 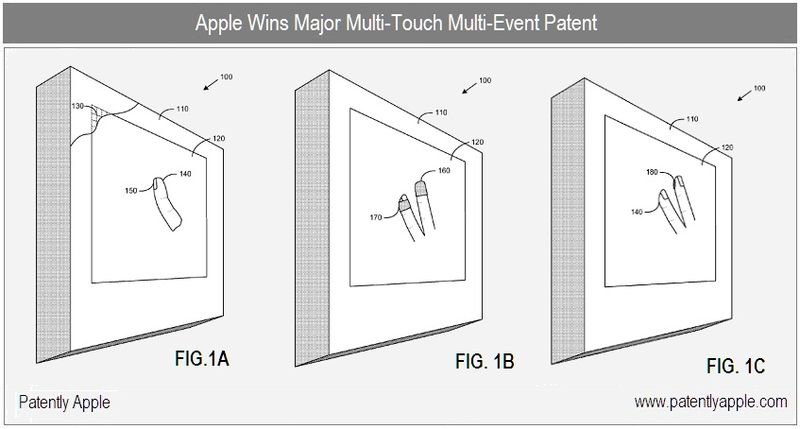 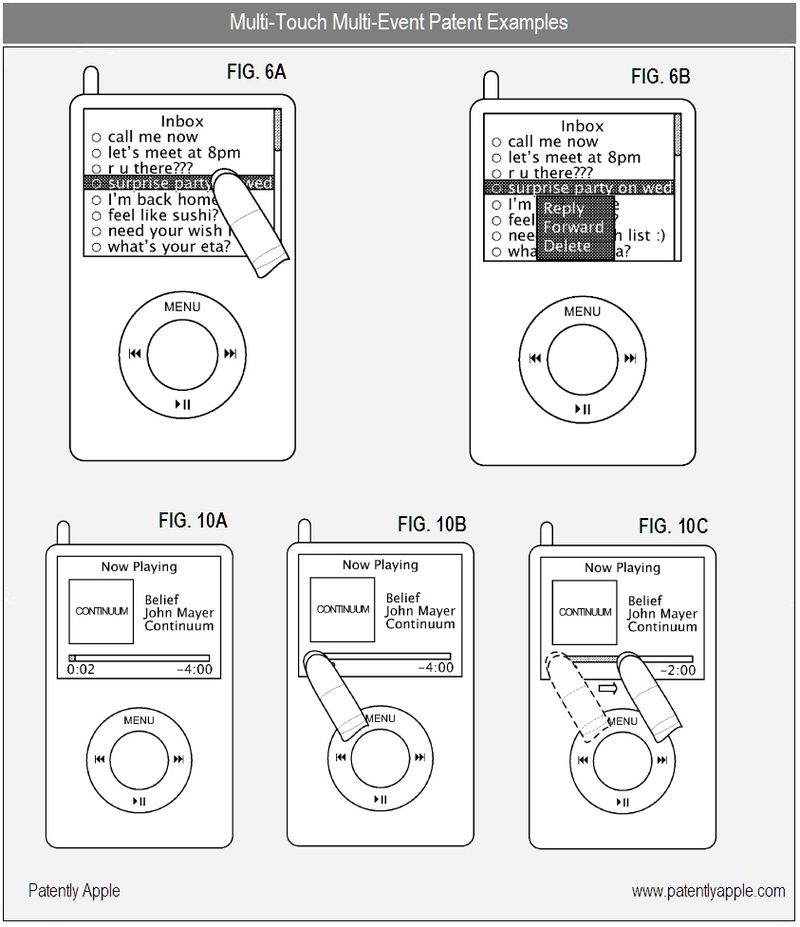 As yet another illustrative example, in a media player application, while playing a movie or song, or other audio or video content, dragging with the second surface of the finger may be used to scrub through the content, i.e., move the currently viewed or heard part of it backwards or forwards in order to locate something in it quickly, as depicted in FIGS. 10A-10C. You could begin to move the indicator with your finger and then switch to a fingernail and it will still operate – yet not allow the first movement to be performed with the fingernail. 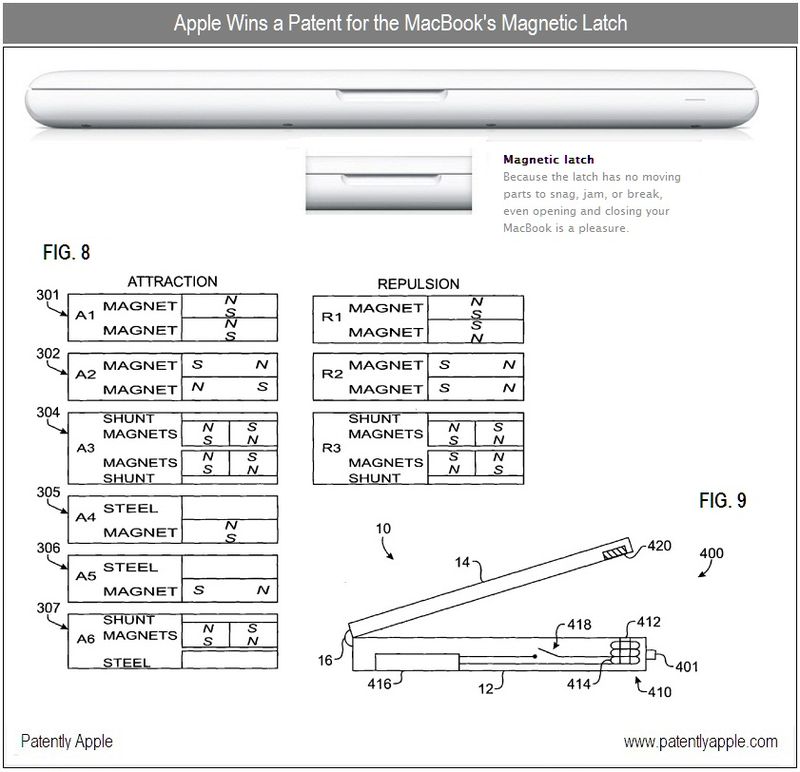 Apple has won a patent that relates primarily to Final Cut Pro. Apple's invention is directed towards pre-processing individual audio items in a media project in order to improve real-time processing of the media project. This is Apple's forth granted patent for Final Cut Pro in the last eight months. The other granted patents covered topics including Speed Effects, Data Events and Analysis of Motion in Video Sequences. 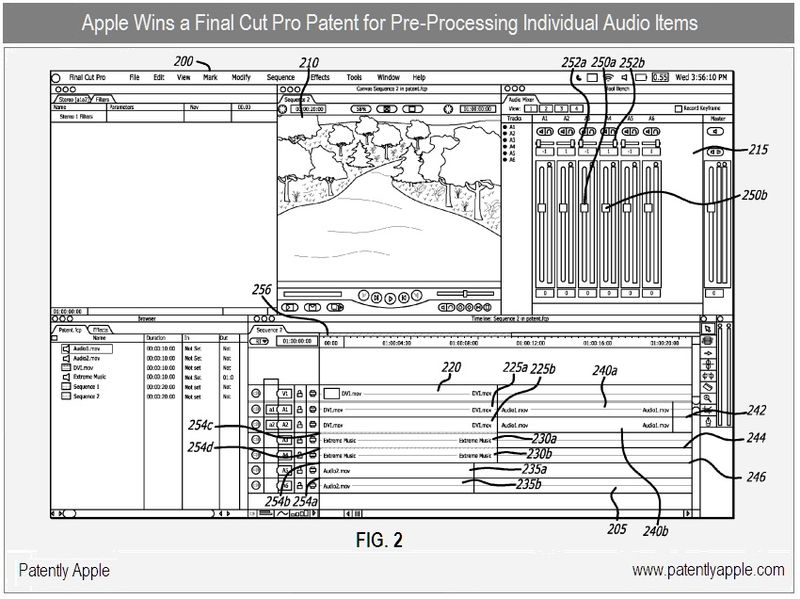 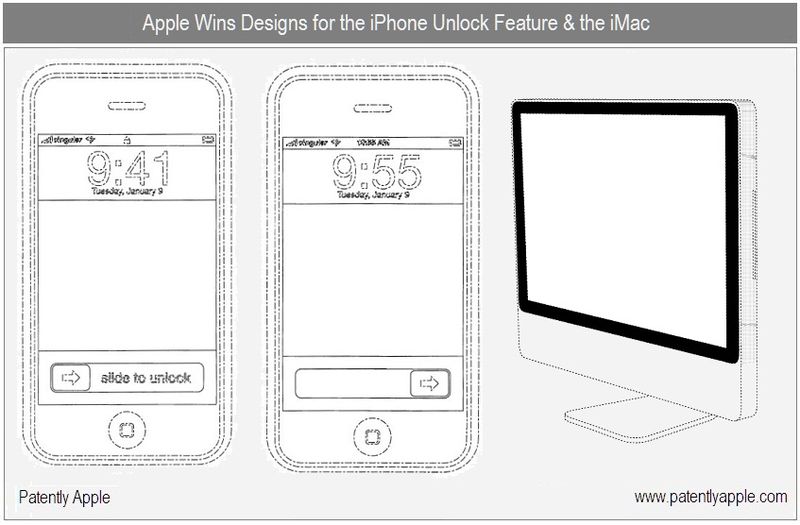 The magnetic latch patent appears to be a different design than the one actually used on the MacBook line, with a slider to make the magnets repel each other.