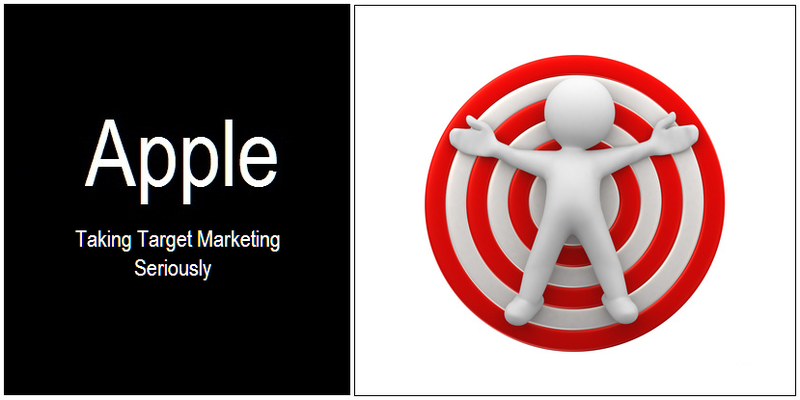 Apple's new advertising centric webpage states that "iAd rich media ads bring motion and emotion to mobile advertising through branded experiences that entertain and inform. With the iAd logo on each ad, your target Apple audience will know a great experience awaits them behind the banner." Yeeeesss, Apple is taking Target Marketing seriously – very seriously. In fact we learned just yesterday that Apple has recently acquired a new powerful geo-location patent that packs quite the punch. It's focused on delivering informative content proactively rather than reactively in response to a person's manual query to a service or human. Beyond delivering advanced marketing retail services, the patent provides us with a series of other feasible life-based scenarios. For instance, the new service could give home users the ability to announce a Garage Sale that they're having to anyone in a given vicinity or send emergency live Amber Alerts to your iPhone along with photos of the missing child in question. Advanced geolocation services could go far beyond just commerce.

The boom of the internet has greatly provided information to mobile users through wireless web server connected devices such as laptops, personal digital assistants (PDAs), and telephones. People with an internet enabled device could access yahoo.com and other internet connected resources. There are also Global Positioning System (GPS) devices that enable mobile users to know exactly where they are on a particular map. Users with GPS device functionality could further manually enter their known location into an internet MAP directory service (e.g. yahoo.com Maps) and then provide a target address they want to go to. Step by step instructions are then provided to the user for how to get to the destination from the current location. Some GPS devices provide local processing for directing, and narrating to, a driver. Mating automated location finding systems with internet travel direction services is an attractive blend.

Cadillac promotes the OnStar program with sales of Cadillac automobiles. A person is enabled with calling upon an "OnStar Advisor" 7 days a week, 24 hours a day, with the press of a button. An emergency call, for example 911, or for a disabled Cadillac vehicle, allows a driver to instantly call upon wireless connected assistance. The driver may also call upon the OnStar Advisor for directions to a destination. The Advisor has access to automatic processing for determination of the vehicle's current location in case of auto theft, a disabled vehicle, or assisting with directions. The Advisor could also remotely unlock the vehicle should the driver lock the keys in the car. In effect, Cadillac drivers have full time wireless connected assistance around the clock for many reasons. While the location determination of the vehicle is automatic, there remain manual processes performed by the Advisor. Automation of some of these processes is desirable.

Many internet services derive their revenue stream from advertising. Advertisers pay to have their content delivered to users who access web site and web server interfaces. Advertisers desire to target their audience at the most appropriate time. Knowing the location of a user as being relevant to a particular advertisement is desirable. Automating the delivery of the content is desirable.

A method is needed for a low cost business model that enables the efficient configuration of deliverable content for automatic delivery to mobile users based on their situational location that is relevant to receive such content.

Apple's invention provides transmission of situational location dependent information from a server data processing system (SDPS) to a receiving data processing system (RDPS). Apple's patent is literally a mile deep in jargon and systems detailing that could lose the average consumer in 7 seconds flat. So we'll keep this simple.

Apple has acquired a very sophisticated geolocation style system that will allow advertisers like Apple's iAd system to match iOS based devices like the iPhone with target marketing in an attempt to drum up business for products and services for users on-the-fly. Apple's new iPhone 4 offers "Background Location Services." If you're conspiratorial by nature, then remember that Apple's Senior Vice President of iPhone Software Scott Forstall made it clear back in April 2010 that anyone not comfortable with location based services could simply turn that service off. But if these modern location based services seem to be of interest to you, then Apple's new patent secures the technology required to deliver advanced retail and commercial services your way.

The present invention enables a user of a receiving data processing system (RDPS) like an iPhone, to be made aware of content that is applicable for the current situational location that they're in. Depending on the application of the present invention, the content and configurations could take on a wide variety of themes, as follows.

For example, in an RDPS ready iPhone, advertising could automatically be delivered to users when they're in a specific locations or heading to a specific location. The content could be delivered to a user's vehicle as well. For example, as a driver or pedestrian approaches a retail store with a mobile RDPS ready iPhone, a configured advertisement of a special deal at a particular retail store could be proactively delivered (i.e. pushed) to the user automatically on behalf of the store. In some stores, your iPhone will be able to be mounted unto specialty shopping carts that are set up to receive ads for merchandize throughout the store as you push your cart around.

In another application, a police officer may activate a mobile police automobile device (i.e. RDPS) in a police car for automatic delivery of a person's criminal record as the officer drives by the location of a person's house. The police establishment configures criminal record content or pointers thereto, along with the location of the residence that is believed to harbor the person with a record. As the police officers drive by locations with addresses of known offenders, the RDPS displays applicable criminal data.

It's pretty clear with the previous example that a similar scenario could be understood in the case of EMS. An ambulance being called to a house emergency in regards to a person having a heart attack could theoretically be able to call up a patient's medical records if they were made available to the EMS ahead of time. In emergencies, any time saved in diagnosis is a chance the patient could survive.

In another application, a traveling vehicle, for example a touring bus, carries tourists for a narrated drive through a geographic area. Currently, there are human narrators for providing narration of sites and landmarks to people of the narrated drive. Apple's latest invention allows configuring deliverable content for locations on the touring bus path so that an automated narrator RDPS installed in the bus could be provided to people on the bus. For example, an RDPS providing audio, video, multimedia, or combination thereof, communicates narration content to people on the touring bus automatically as locations are encountered, or driven by.

In another application, a person attending a large park like Disney World could simply carry a RDPS ready iPhone and receive content information for what attraction lies ahead based on the current location and direction of the person. The person wouldn't have to consult a directory or ask where to find something. Informative content would be proactively delivered, rather than reactively in response to a person's manual query to a service, or question to a human being.

In yet a further example, a valuable use would be for emergencies such as when a child is kidnapped. Currently, there is an Amber-Alert mechanism whereby radio stations broadcast an emergency message along with a distinguishable series of tones. This enables any pertinent information known about the kidnapper and child to be broadcast immediately to everyone with the radio on. The present invention enables the emergency broadcast to be immediately configured and then communicated to everyone with an RDPS ready iPhone, for example. A picture of the victim and other multimedia information could be delivered along with audio immediately.

In still a further use of the present invention, garage sale and estate sale advertisements could be configured on behalf of paying customers that would otherwise use a newspaper classified section. As drivers become in reasonably close proximity to the sale, in the desired time window, advertisement content would be proactively delivered to a wireless RDPS installed, or handheld, in the automobile.

Thus, there are many applications for Apple's newly acquired invention depending on the way that the inventions is configured or used. Content is pushed out to receiving devices at the most appropriate times. Users do not pull the content with a query.

In Apple's patent FIG. 2 shown below we see a depiction of an aerial view of a city region useful for discussing aspects of the present invention. A Starbucks coffee shop 202 is located in an area frequented by hip RDPS ready iPhone users. In one example, we see a pedestrian noted as #204 and an RDPS equipped vehicle noted as #208. Starbucks is a paying customer to the owner of the present invention wherein content could be configured for advertising to potential customers of Starbucks. An authorized and authenticated Starbucks representative uses the present invention, for example by way of an internet connected web browser, to configure the deliverable content. The representative also configures situational location information that is to be matched to situational locations of a RDPS of mobile customers. Upon configuration completion, the content is immediately activated for proactive delivery. The present invention will automatically deliver the Starbucks configured content to any RDPS ready iPhone such as when pedestrian 204 becomes in a specified proximity to the Starbucks location. The same is true for vehicles such as #208.

One example of the content may be a textual message such as "Starbucks has a 60% off sale just ahead at 314 Main Street with free no-spill coffee mugs!" Other examples may include a graphical map showing where the Starbucks establishment is in relation to showing where the RDPS is currently located and headed.

Apple's patent credits William J. Johnson of Flower Mound, Texas, as the sole inventor of the patent application titled "System and Method for Situational Location Relevant Invocable Speed Reference." It appears that Apple had been assigned this patent in May of this year. The original patent filing dates show a history covering the years 2002 through to 2007. 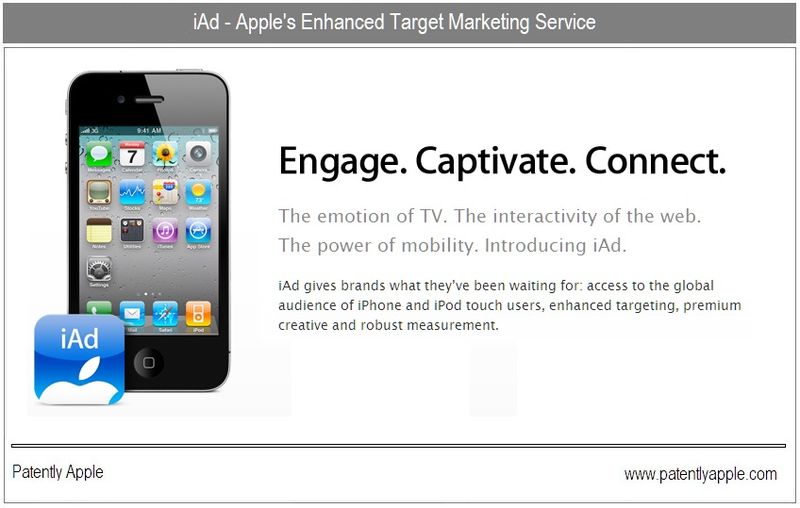 Congratulations! You have so much useful information, write more.

All of the above sounds useful and possible. Maybe there are some converging events?

Location Based Services - Checking-In: There's checking in for bragging rights and then there's broadcasting/sending your location to gain information back from other companies nearby, to see where you are in relation to other people you know with an iPhone or iPod Touch.

Say Apple made a Point-of-Interest (POI) database but expanded it slightly so as to contain businesses who wanted in on social checking-in and all that goes with it (location based transient apps, push notification ads etc).

Owning the stack would be very advantageous for one big reason: you wouldn't need to be in an app to utilize it. Apple could have background multitasking, allowing them to use location.

This sounds like another potential goldrush. I think that it's fair to say NFC/RFID services are coming to the iPhone 5.

It seems to dovetail nicely with iGroups - http://www.patentlyapple.com/patently-apple/2010/03/igroups-apples-new-iphone-social-app-in-development.html (Share information, location, content (pictures, text/chat, video if you're in wifi even maybe).

And who wouldn't want to hook up to transient apps, notifications/prioritizing iAds if you told advertisers where you were? From social gatherings, concerts, events, to tradeshows the location aspect, beyond the social aspect could be big, and ultimately useful for the iPhone, Touch user.