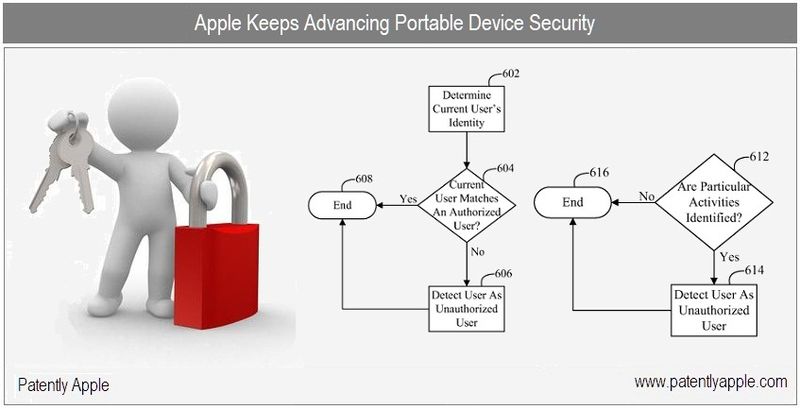 Being the leading portable devices company in the world, Apple is constantly advancing new security features so that consumers and business executives could be assured that their sensitive data is locked down. Apple's iOS based devices currently come with a certain degree of security with features like "Find My iPhone" (or iPad etc), high end encryption and remote wipe. Apple is also working on advanced biometrics such as using heart sensors to detect an unauthorized user which is once again covered in today's security patent. Some of the other new security features that may one day work themselves into Apple's portable devices include the device taking a photo of the thief (smile now) or recording the thief's voice. Apple's iOS security is getting so smart, that it'll even know what kind of vehicle that the thief is using your device in – be it a plane, train or automobile and notify the proper authorities. 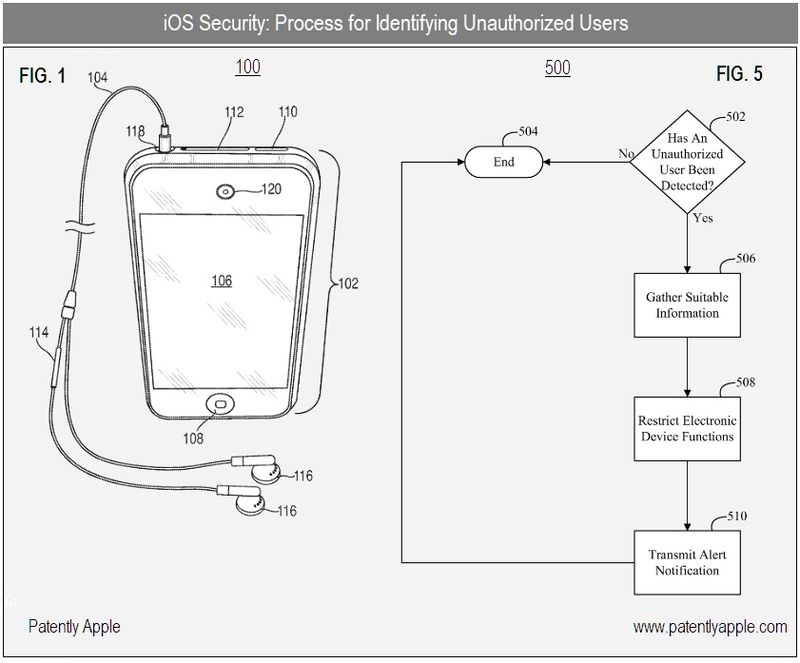 In some embodiments, when an unauthorized user is detected, an accelerometer can be utilized to determine the mode of transportation of the electronic device. For example, the mode of transportation can be determined by utilizing a signal processing system to identify the "vibration profile" of any movement experienced by the electronic device. The vibration profile can be analyzed to determine whether it matches the vibration profile for movement types such as, for example, walking, running, riding on a train, riding in a car, flying in a plane, or riding on a bike.