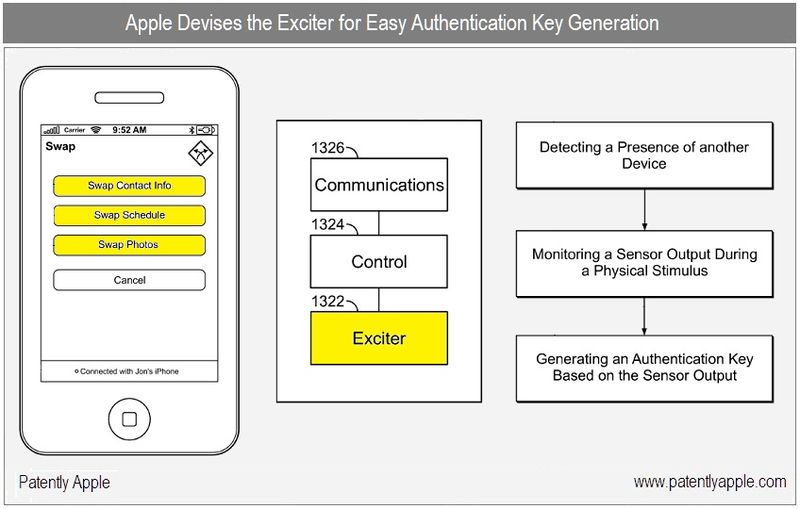 Late last week the US Patent & Trademark Office published a patent application from Apple that revealed various concepts behind a newly advanced Authentication Key generator in development. Some of the patent delves into the tap-tap process similarly used with NFC, which allows for two devices to swap information wirelessly and securely. Yet the key to this patent is that Apple is devising a way to make swapping information between two devices even easier, without tapping via a technology that they dub as the "Exciter." Interestingly, the communication between two devices goes beyond just iPhones. The two devices could be any combination of devices that include an iPod, a Blackberry, MacBook/notebook, camera and/or medical equipment. More importantly, is that this technology will apply to a new class of device that Apple simply lists in their patent as the cyclocomputer - which supports Apple's revelations about the Smart Bike. The simpler method of wirelessly swapping information between two bikers using the Exciter methodology is a perfect application for this technology.

Most communications protocols require that each device in a wireless network uses a common authentication key, such as a personal identification number (PIN), to secure communications. However, the traditional techniques for implementing such an authentication process could be tedious and slow. For example, the users may need to agree upon a common PIN (or share a predetermined PIN) and then manually enter the PIN into each device. These steps can slow down the process of forming secured networks and may even discourage users from using secured networks.

Apple's patent is directed to communications methods, devices, and systems for generating authentication keys based on one or more physical stimuli.

In Apple's patent FIG. 13, we're introduced to an iPhone (or other iOS device) that includes a new concept identified as an Exciter. The Exciter, noted as patent point 1322 below, may provide physical stimuli for generating an authentication key that could be used to form secure networks with other devices (e.g., device 1310). For example, the exciter may be a mechanism that creates vibrations, sensor 1312 may be an accelerometer that could detect the vibrations, and device 1310 may be able to generate an authentication key based on a measured characteristic value of the vibrations. 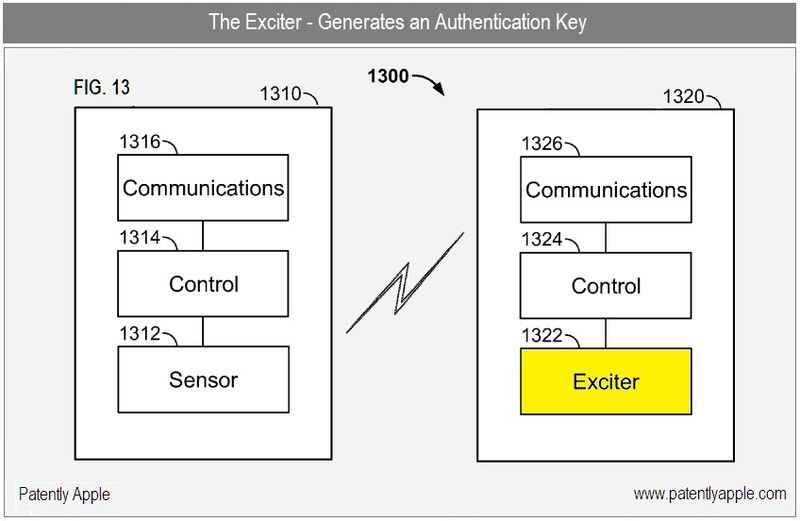 The communications circuitry that could be included in the devices with the new exciter technology includes but is not limited to: Wi-Fi (e.g., a 802.11 protocol), Bluetooth, radio frequency systems (e.g., 900 MHz, 1.4 GHz, and 5.6 GHz communication systems), cellular networks (e.g., GSM, AMPS, GPRS, CDMA, EV-DO, EDGE, 3GSM, DECT, IS-136/TDMA, iDen, LTE or any other suitable cellular network or protocol), infrared, TCP/IP (e.g., any of the protocols used in each of the TCP/IP layers), HTTP, BitTorrent, FTP, RTP, RTSP, SSH, Voice over IP (VOIP), any other communications protocol, or any combination thereof. 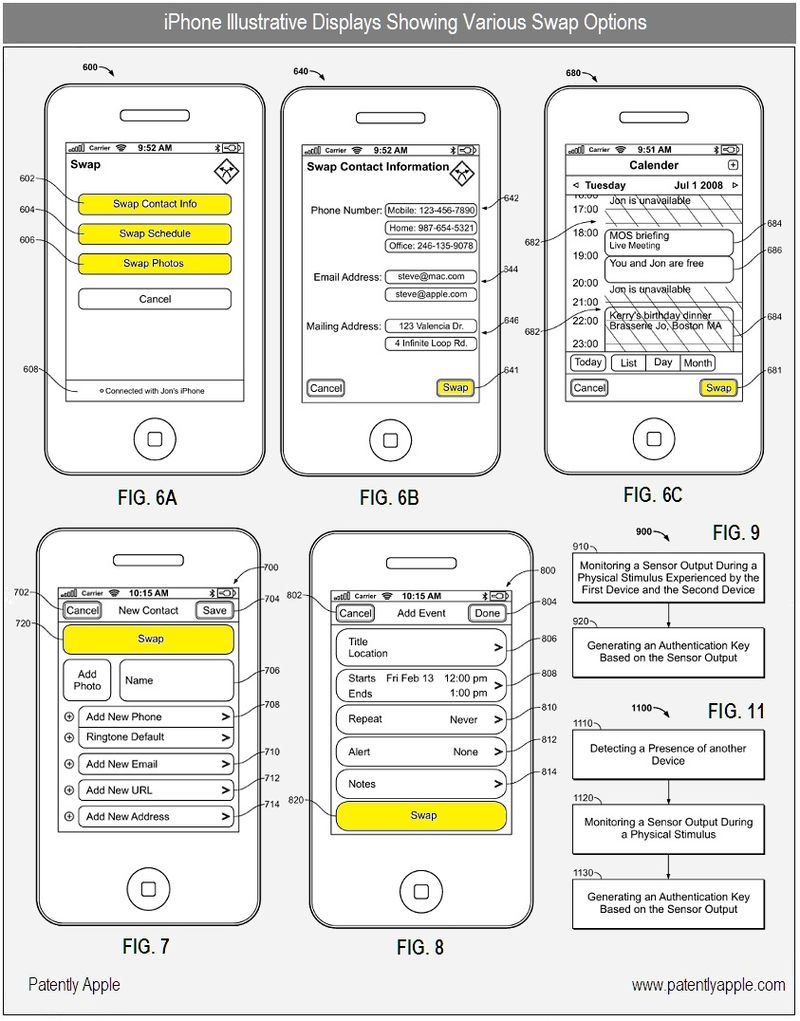 If the topic of wireless security is of great interest to you, then this patent could provide you with in-depth details concerning the proposed exciter's methodologies infinitise.

News Note: Liquidmetal Technologies, Inc., has entered into a Master Transaction Agreement with Apple. See our June 12 special report that covered liquid metal before the deal.