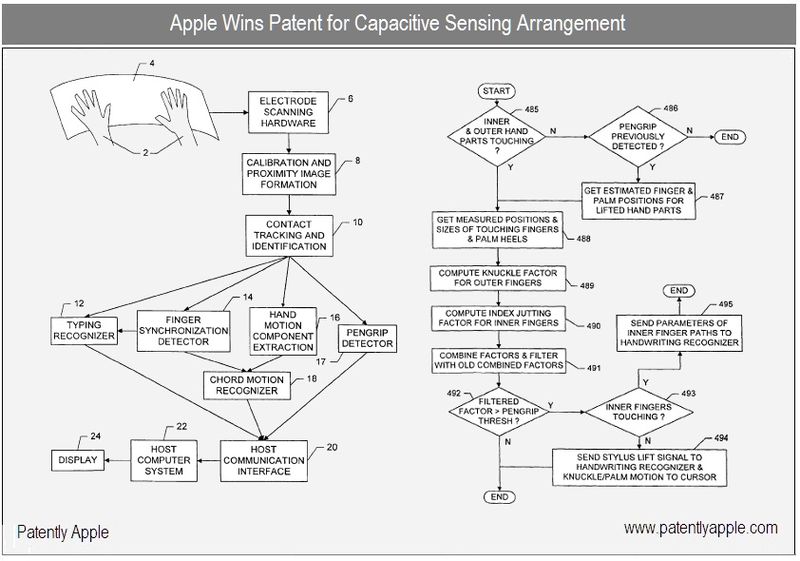 The US Patent and Trademark Office officially published a series of 16 newly granted patents for Apple Inc. today. In our first patent report published this morning we covered many yet to be released iPod designs that included one focused on a nano phone and got to see that Apple is considering MagSafe for iOS devices. The second wave of patents today cover a crucial touch related patent covering capacitive sensing which could fend off rivals trying to challenge Apple in court. Others patents today cover the technology behind the original iPhone antenna, power management in Airport devices and much more.

Apple has been granted a very strategic touch related patent that will assist their ongoing patent battles with all of their cell phone rivals. Today's granted patent covers apparatus and methods for simultaneously tracking multiple finger and palm contacts as hands approach, touch, and slide across a proximity-sensing, multi-touch surface. Identification and classification of intuitive hand configurations and motions enables unprecedented integration of typing, resting, pointing, scrolling, 3D manipulation, and handwriting into a versatile, ergonomic computer input device. 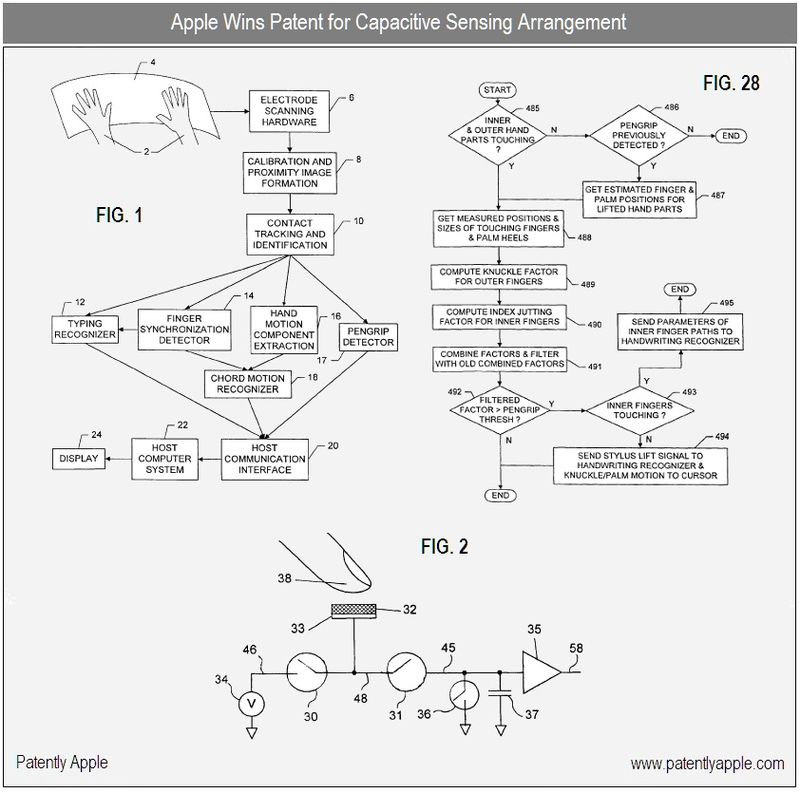 Apple may have fluked out on the timing of their granted patent in light of Apple's new Magic Trackpad unveiled today. Some of the technology from this patent would have had to be implemented in the new Magic Trackpad. The new trackpad will have to distinguish between a palm resting on the trackpad and an actual user initiated gesture and so forth.  In addition, Apple's patent would actually give us a peek into the other possibilities that the new Magic Trackpad could take on over time - such as the pen grip that this patent reveals. For simple signatures, the pen grip will allow to sign electronic documents without a stylus - even though the patent also supports a future stylus.

Apple has been granted a patent for the iPhone's original broadband antenna and while it may not be the design that caused all the recent commotion lately relating to the iPhone 4, those interested in this field may still wish to review and/or judge Apple's technology presented in this patent. 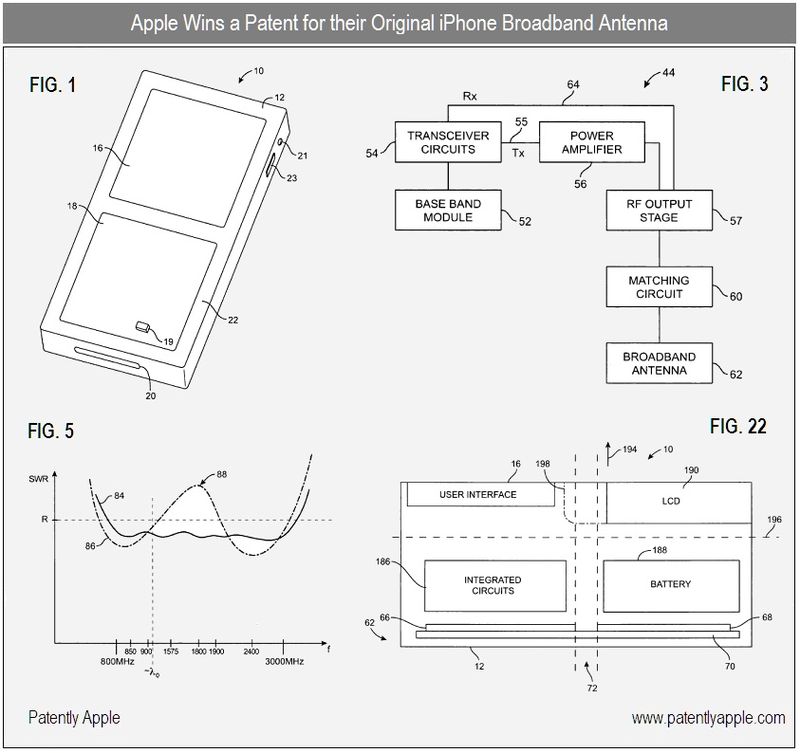 Apple's patent figure 1 is presenting a cell phone/iPhone. Yet the patent makes it clear that broadband antennas apply to all portable devices which may also be somewhat smaller devices. Examples of smaller portable devices include wrist-watch devices, pendant devices, headphone and earpiece devices, and other wearable and miniature devices.

Apple's patent FIG. 3 is a schematic diagram of illustrative wireless circuitry for a handheld device such as the iPhone. In Apple's patent FIG. 5 we see a graph of their broadband antenna covering a potential frequency range of about 800 MHz to about 3000 MHz.

The patent's key graphic, according to the patent, is patent FIG. 22 which illustrates an overview of the antenna system. A battery (198 - which may include one or more individual battery cells), may be located so that it lies above resonating element 68 without extending beyond the edges of resonating element. An advantage of placing battery 188 in the location shown in FIG. 22 is that the FIG. 22 arrangement may allow the iPhone to be formed from a thinner case.

Apple has been granted a patent relating to their Airport devices that is officially titled "Automatic power management of a network powered device." 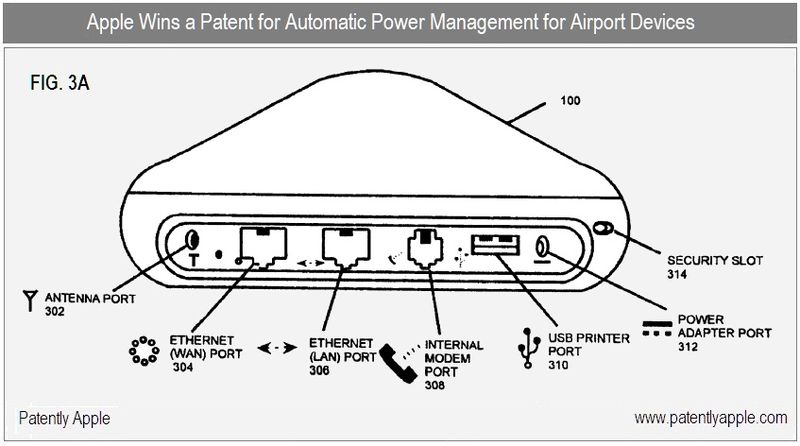 Apple's patent relates to systems and methods for cooling an electronic device such as the MacBook using airflow dividers.

I read this blog and would leave my first comment. I don’t know what to say except NICE BLOG with a lot of information and quality information.