Apple Finally Designs a Way to Share Your Music Headset 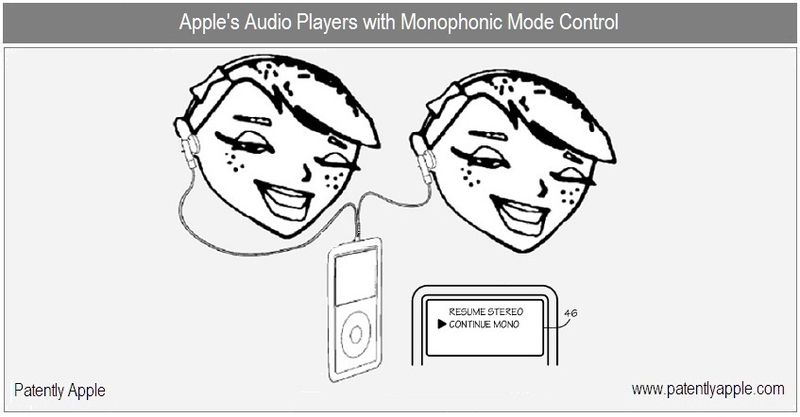 There are times when you want to listen to your music with just one earbud so that you could also hear what's happening around you. You may be a passenger in a car or bus, be at work or just taking a walk. If you do that today, you'd lose the quality of sound which is in stereo. Apple has now designed a way for you to switch to monophonic mode on your media player so that you could receive superior sound when only using a single earbud. The advantage of the system is that it also allows you to share your headset with your significant other while walking. Each earbud will be set to monophonic sound with a simple click. So finally a couple could be in-tune with their music and be able to share and listen to new tunes at the same time. 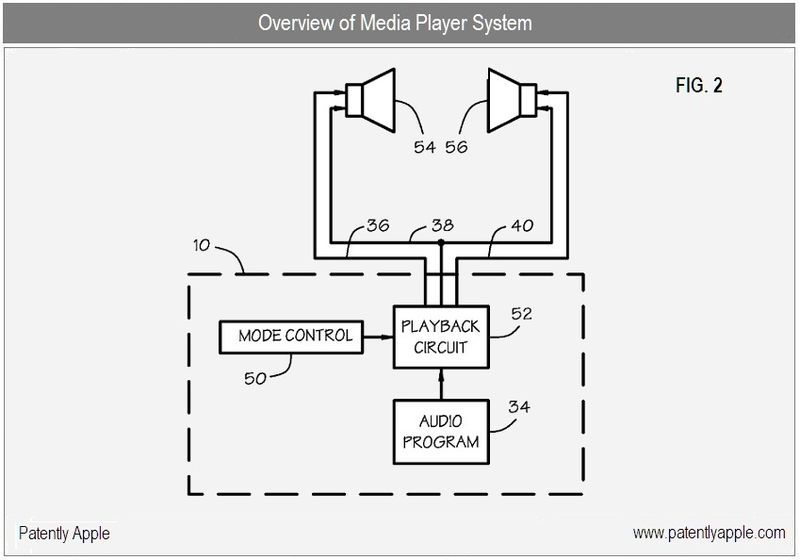 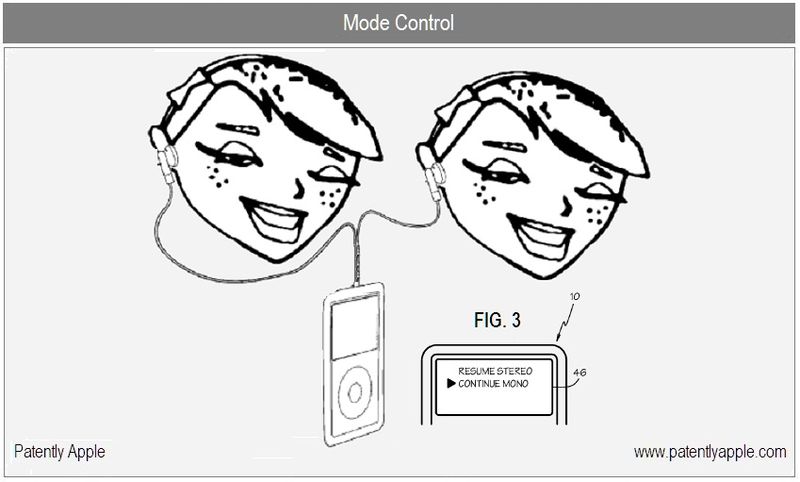 In October 2009 we posted a report titled "Apple Prepares to Rock the Market with Hardware Subsidizing System." The response to Apple's patent was met with thunderous commotion. Today, a second patent with the same title (Advertisement in Operating System), with the same patent figures was published under patent number 20100185674. The subtle changes presented in this patent aren't worth covering in a new report but those of you who are into conspiracy theories may want to scour it for hidden secrets (Ha!).

A 2006 Apple TV related patent titled "Rendering Icons along a Multidimensional Path Having a Terminus Position" was republished this morning. The patent covers the already known Apple TV interface. For more information, see Continuation Patent 20100185982 or see Apple's granted patent on this very subject which was published in June 2010. Another related granted patent was issued at the end of June 2010 that relates to Apple TV content menu.

If you want to know all about Apple's already established Instant Messaging System, you could check out patent 20100185960. Apple must have slightly tweaked the system because the original filing date is only March 17, 2010. 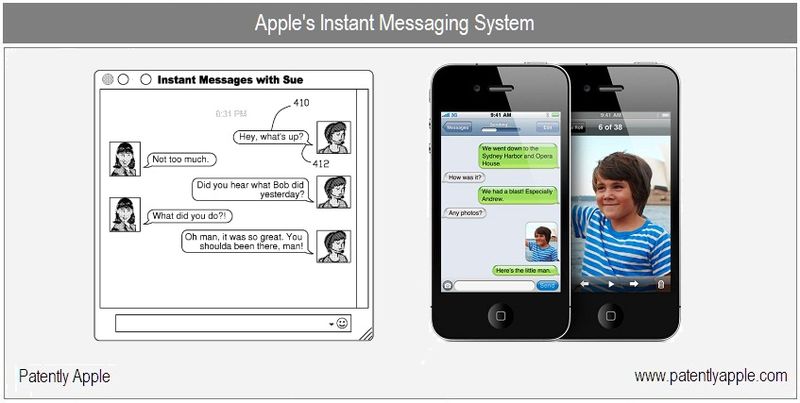 The verdict is in: Those are some freaky heads! When working on this report yesterday, I thought to myself - are these crazy heads or what? It was hard to look at them, let alone laugh. I even made sure that Patently Apple's Homepage wouldn't open to those freaky faces so I posted it to be positioned second. I thought that I may be alone on that call, but apparently not. Ha!

Denmark's iPhoneguide describes the freaky heads in terms of it being a psychedelic insignia. Though the translation didn't quite deliver on that one - we get the message anyways - Ha!

To Apple: Thanks for the laugh.