The FCC released an October 7, 2009 testing report yesterday that may in fact confirm that Apple is nearing the final stages of a Bluetooth device that is thought to be that of a stand-alone trackpad of sorts. This would theoretically support Apple's February 2010 trademark filing for a "Magic TrackPad." This report presents you with the one slip-up in the Apple filing that proves it's a trackpad along with other documents, including one that may actually point to an estimated release date of the Magic Trackpad for sometime in August. 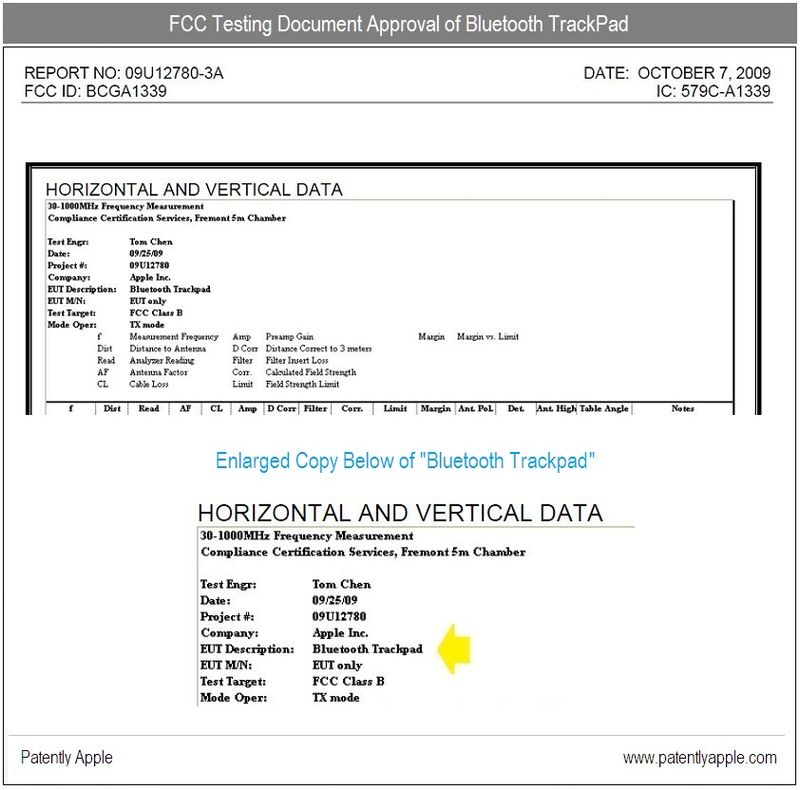 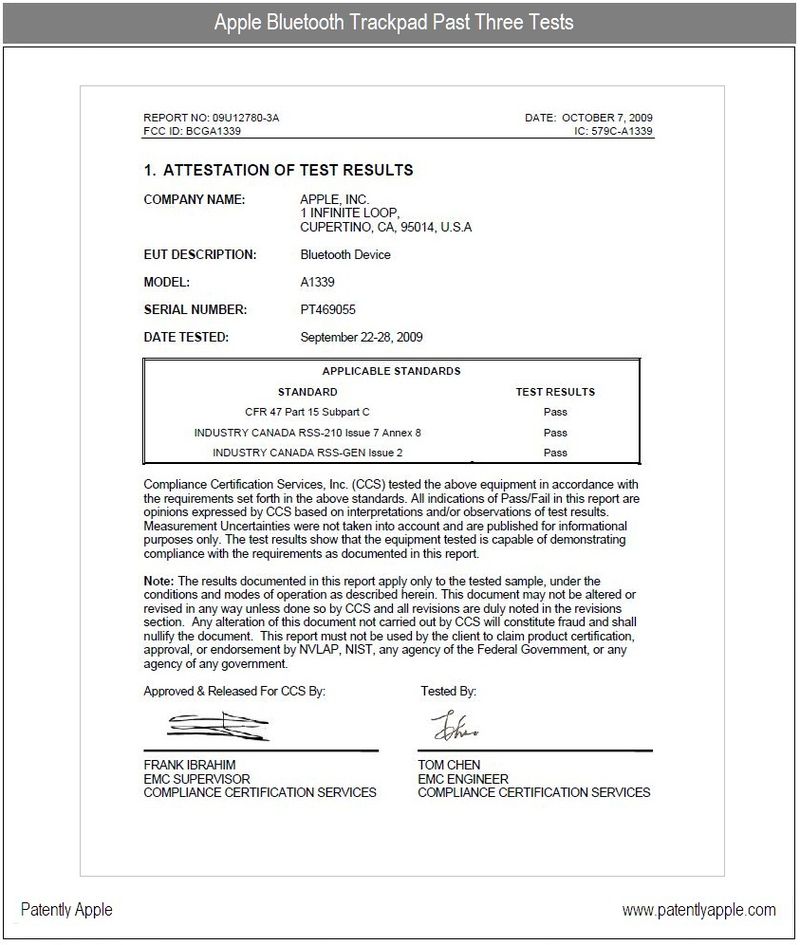 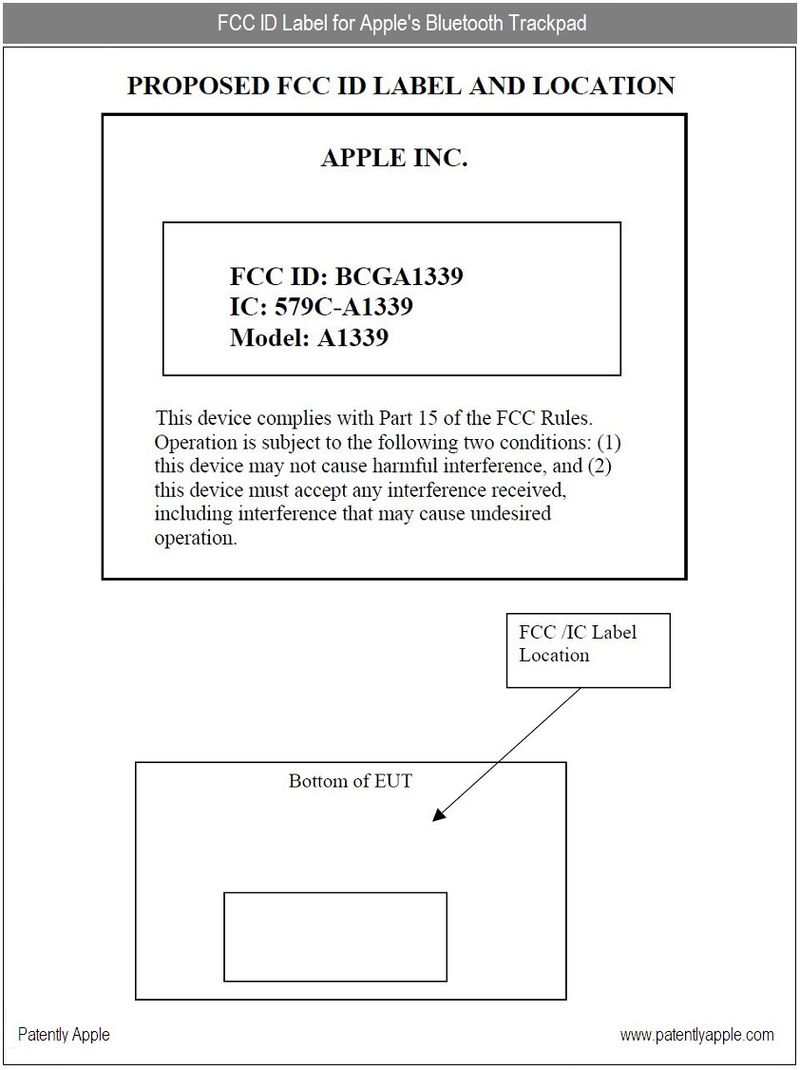 The Magic TrackPad May Debut in August 2010

Apple's request for confidentiality was for a standard 180 days from receipt of their letter. The letter is dated February 10, 2010 which means that confidentiality runs out on or near August 10, 2010. That means that Apple will have to either reveal their new Bluetooth trackpad (thought to be the Magic Trackpad) by such time or risk the device being revealed by the FCC's documents being held in confidence which include external, internal and test setup photos along with the new user manual. 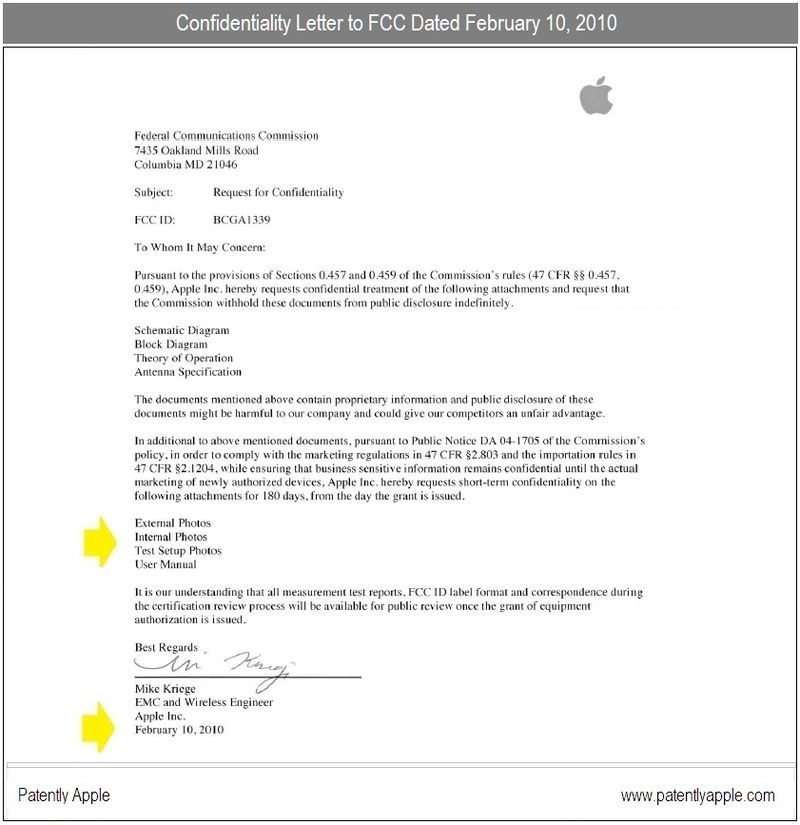 How Elaborate will The Magic Trackpad Be?

Back on June 7, Engadget revealed a set of photos from China that revealed some form of trackpad. Engadget added at that time: "new images received with a claim that the device supports handwriting recognition." That would support Apple's laser pen patent that was published on January 22, 2010. It would also support an aspect of our special report titled "The Next OS Revolution Countdown Begins" which discussed new ways of incorporating multitouch into a future desktop via a touch-pad keyboard combination unit.

How elaborate Apple intends on making the Magic Trackpad to be is yet to be determined at this time. However, that's not going to stop us from speculating about some rather understandable and straight forward applications that could arise from such a device.

We could see Apple adding a handwriting capability into the trackpad or at least making it a viable option so as to meet the needs of business executives having to sign legal documents every day. We could see it doubling as a form of graphics tablet should Apple decide to add a future graphics application to either of their software suites. Yet the most important aspect of such a trackpad would be to simply allow us to bring gesturing into the desktop experience and hopefully interact with our iApps and so forth.

At the end of the day, what capabilities do you think that Apple will or should incorporate into the first iteration of their Magic TrackPad? Share you wisdom with us below in our comments area.

the device supports handwriting recognition sounds more like what iPhone does with Japanese or Chinese characters.
Could see this fit well with Mac mini, Mac Pro, iMac.

Isn't what is more interesting is what this says about Apples intentions to bring multitouch to Macs?
Mac OS getting multitouch - would be interesting to see if they are prepping the OS to move to this (opens up more things like gesture based UI.