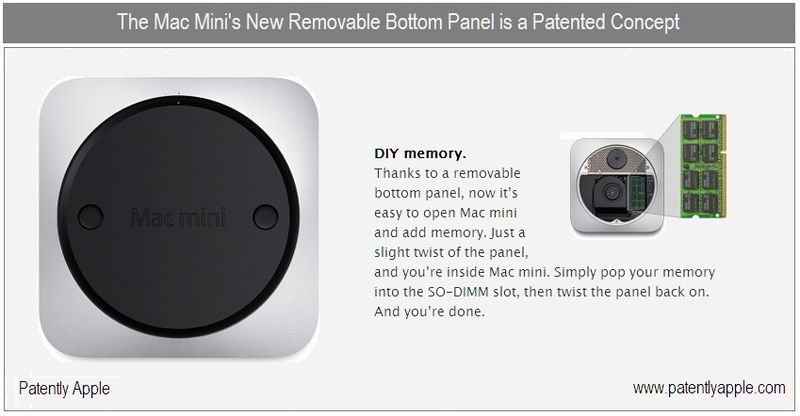 Not all patents could be about electronic wallets, integrated solar panels in a future iPhone or flying cars – although I wish they were, believe me. No – sometimes patents are simply about the little things that could add a new dimension to an existing product. For instance, Apple has just added a new sit-and-spin door to their latest iteration of the Mac mini. The fact is that Apple's new removable bottom panel was actually conceived back in 2005 for another application all together.

The sit-and-spin door patent concept was conceived back in 2005 and made public in July 2007 as part of a bottom accessing optical drive module that Apple was working on at the time. It was likely originally aimed at the MacBook Air and then later dropped for whatever reason.

But that's okay, because someone remembered this little gem of an idea and decided to dig it up out of Apple's patent graveyard and give it new life. The resurrected idea appears to work like a charm in Apple's new Mac mini and it's a patented concept at that.

And let's be honest, the idea could conceivably be further utilized in a future version of Apple TV and so the little idea is now a 2 for 1 deal. And who knows: If Apple's iMac displays get any larger - they could, in theory, utilize a form of this door, to say, make it possible to upgrade your video card easily. Some may groan at this idea and Steve Jobs probably just passed out at the mere idea of something marring his work of art – Ha! Okay - Sometimes you just have to quit while you're ahead. 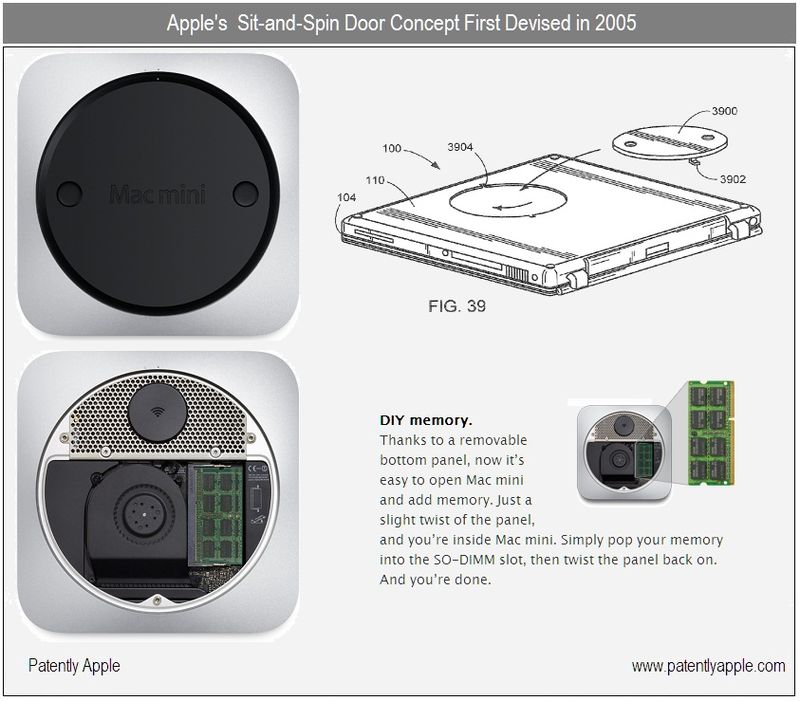 A watch is a different application than a computer. If "Swatch" limited their patent to watches, then there's no conflict, anywhere here.

Have you ever used a Swatch watch? If you have, then you should be familiar with its battery compartment that uses a locking mechanism virtually identical to that in the Apple patent (it has three tabs, not two).

The Swatch debuted in 1983, any patent from then may have lapsed. Is it possible to patent the same idea again?