Behind Apple's Stunningly Crafted iPhone is a Patent 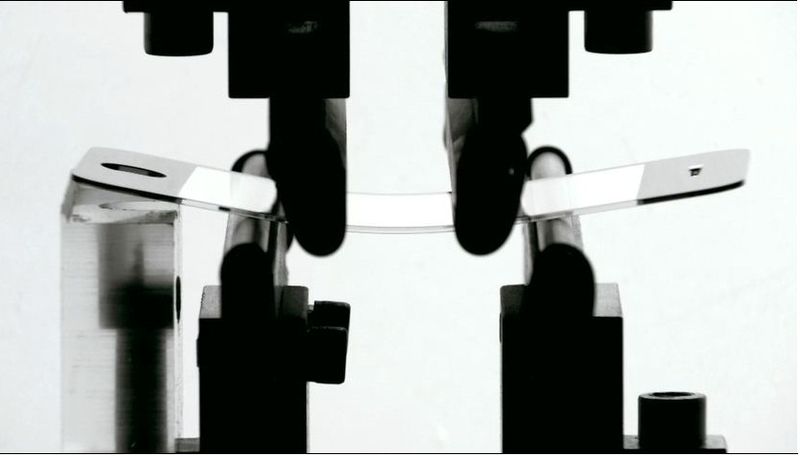 Basically, most consumers really don't care about how the sexy new iPhone is made; they just want to be able to enjoy buying this stunningly crafted device called the iPhone 4 and get out there and start flashing it in the face of their friends who are sad owners of the thick-brick Android or even the butt ugly Android. They don't really care about the shape of the iPhone's gasket or that the manufacturing process utilizes liquid metal so as to avoid gaps or spaces between the glass and metal members – or that Apple uses alloys with liquid atomic structures. Yet to future engineers and possibly those that will be the next generation of Crazy Ones in Cupertino, it definitely matters. Today's brief report points you to one of many Patents that are behind the coolest iPhone ever – with a few pointers along the way. Apple's patent covers some of the intricate methods and processes that are required to ensure that the assemblies of devices that are mating metal with glass, like the iPhone 4 or iMac, are incredibly accurate so as to provide stunning end user products where metal and glass simply appear as if they're naturally blending together without seam. And the only seams that are present on the design, are ingeniously a series of antennas that are brought together to create the primary structure of the new iPhone. Jonathan Ives, Senior Vice President, Industrial Design explains this in Apple's new iPhone 4 video. 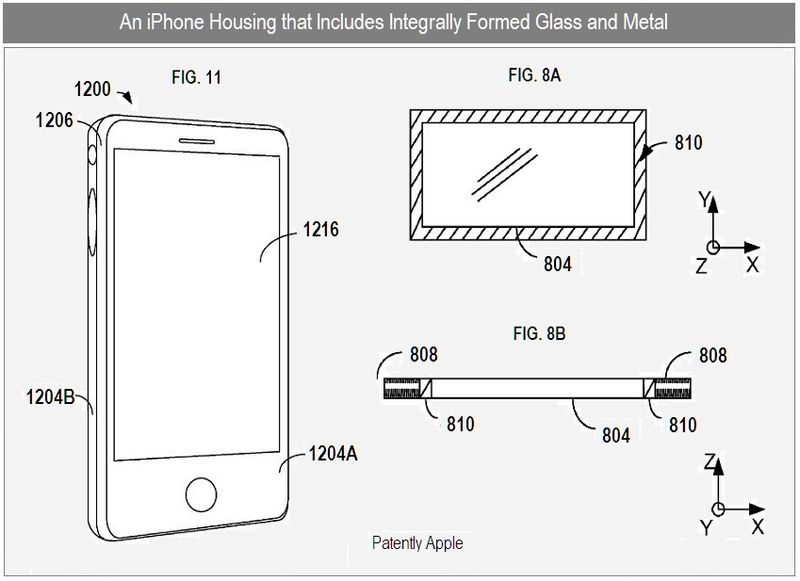 Apple's patent FIG. 11 is a diagrammatic perspective of an iPhone that includes a housing that includes and integrally formed glass and metal part. Apple's patent FIG. 8A is a diagrammatic top view representation of a transparent member on which a layer of compliant material has been formed. In FIG. 8B we see a cross-sectional side view of an overall assembly that includes a transparent member and a metal member which are in substantial contact through a layer of compliant material.

Additionally, the patent uniquely states that the display could be made of any suitable transparent material such as the exotic synthetic sapphire. So what did Apple end up using in their new iPhone 4? Aluminosilicate glass – the very same glass used in the windshields of helicopters and high-speed trains. Hell - let it be known that this kind of glass is also used in space-vehicle windows.

The channels and cavities of the device, according to the patent, could be formed in a variety of ways. In one example, channels and cavities are formed via machining or cutting operations. Alternatively, they may be formed with a cutting beam such as a laser or water jet stream – as shown in one of the processes in Apple's iPhone video.

Methods of Design go beyond the iPhone

By way of example, and not by way of limitation, the electronic device may correspond to media players, cellular phones, PDAs, remote controls, notebooks, tablet PCs, monitors, all in one computers and the like. Apple's iMac would be a classic metal and glass end user product using these processes.

Apple credits Kyle Yeates as the sole inventor of this patent titled "Methods and Systems for Integrally Trapping a Glass Insert in a Metal Bezel." The patent was originally filed in Q4 2007 and recently published in the European Patent Office database. They credit the source of the application as being South Korea under patent number KR20100036365. This patent could also be found in the World Intellectual Property Organization's database under WO 2009009764.

The Mini Monolith: Now Available at the Apple Store 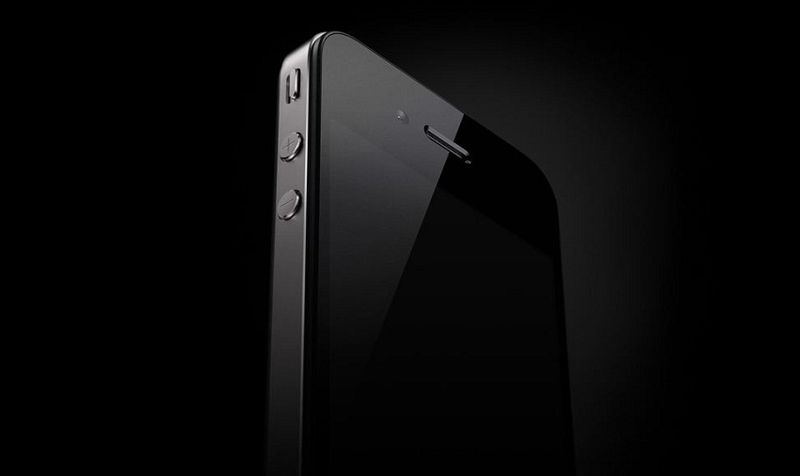 Since the dawn of time, cavemen and astronaut alike have been in awe of the great black Monolith. They were drawn to it. All had to touch it – and all wondered aloud: What could this be? Wonder no more: The mini monolith is now available in handheld form at the Apple Store: Welcome to iPhone 4.

Notice: Patently Apple presents only a brief summary of patents with associated graphic(s) for journalistic news purposes as each such patent application is revealed by the U.S. Patent & Trade Office. Readers are cautioned that the full text of any patent application should be read in its entirety for further details.

Note: The News update concerning the Liquidmetal master agreement with Apple was first reported on by AppleInsider on August 9, 2010.