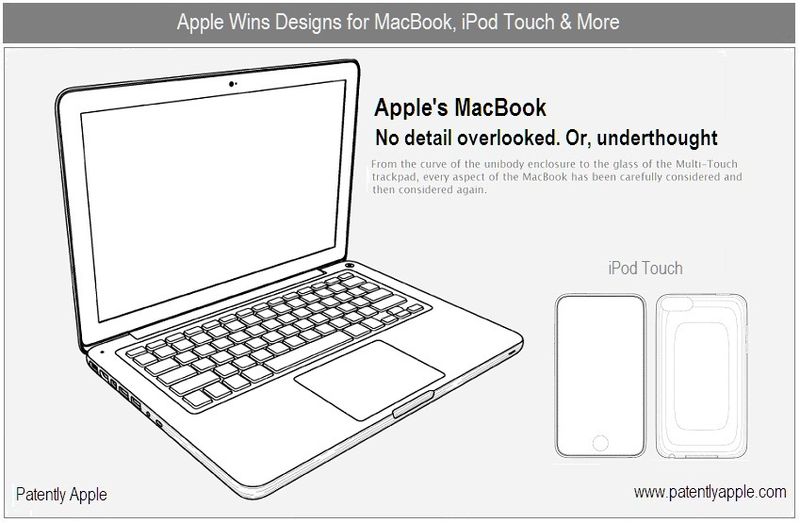 The US Patent and Trademark Office officially published a series of 13 newly granted patents for Apple Inc. today. The notables within this group include design wins relating to Apple's entry level MacBook, another for their hot selling iPod touch and lastly one relating to the iPhone's "Notes" application. Additionally, Apple has been granted patents for an improved version of their MagSafe connector and an important OS X feature, Expose.

Apple has been granted a patent for the OS X feature Expose. Technically, Apple's invention is generally directed to operating systems for computers, and more particularly to a computer-human interface that manages the manner in which multiple overlapping objects are presented to a user. 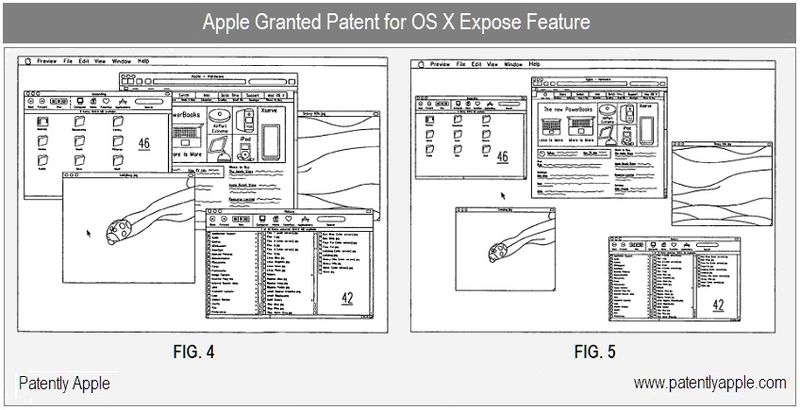 In practical terms, Apple describes it this way: "Instantly view all open windows in stunning style with a single keystroke. Expose unshuffles overlapping windows on your desktop into an organized thumbnail view, so you can quickly locate and switch to any window or get to any file on the desktop." For details on Expose, see Apple's Website. 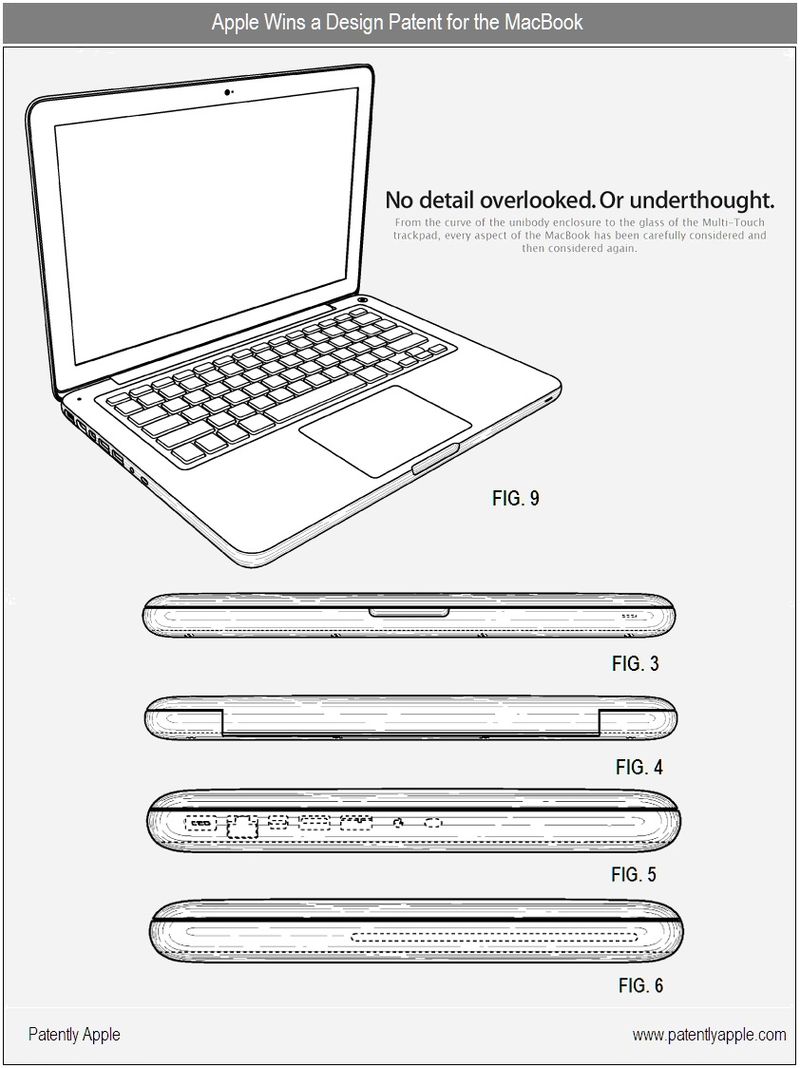 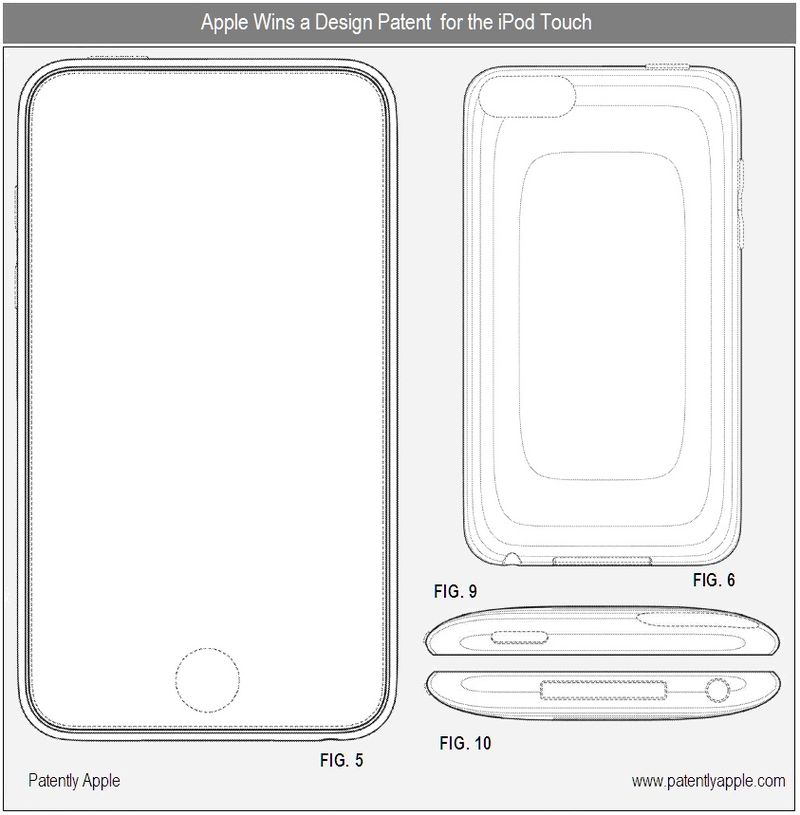 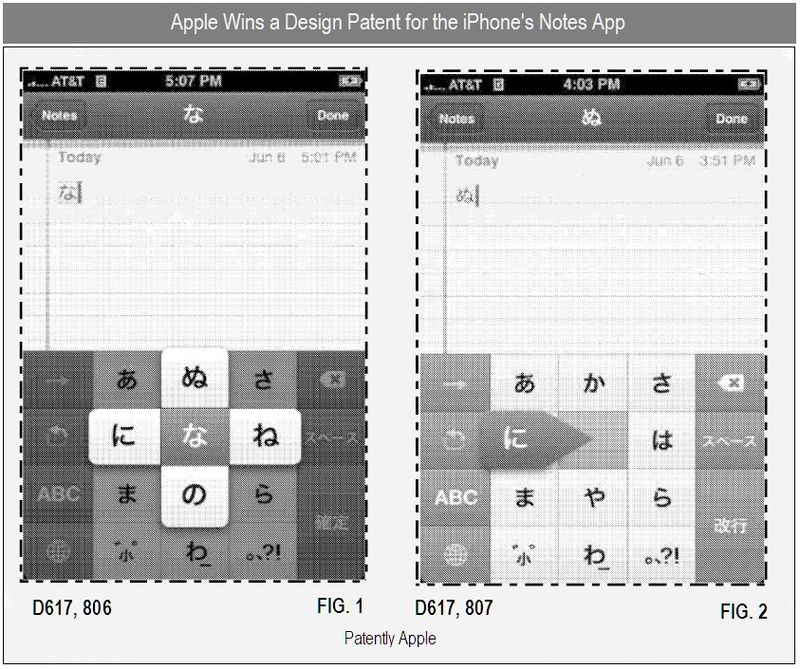 Apple credits Greg Christie, Elizabeth Caroline Furches and Bas Ording as the inventors of Granted Patents D617, 806 and 807, originally filed in Q2 2008. The emphasis appears to be on the language (Japanese, I believe). Apple says to forget pen and paper. Use Notes on iPod touch to write yourself a quick note and keep important information on hand. A built-in email function lets you send notes to yourself and others.  See more features.

Bookmark synchronization methods, systems and computer readable media are described. One exemplary method includes storing a mapping relationship between a first topology for bookmarks of a first web browser on a host and at least one of an intermediate topology and a device topology for bookmarks of a second web browser on a device and storing a mapping relationship between the device topology and at least one of the intermediate topology and the first topology, and synchronizing bookmarks on the device with bookmarks on the host. Systems, computer readable media and other methods are also described.

GP 7,739,298 – Using a calculation expression to define and control access rights for records in a database

Apple's invention relates to databases and, more particularly, to controlling access to data stored in records of a database.

Apple's invention relates to the field of processors and, more particularly, to reference and change bit updates to page table entries in processors.

Special Note: Patently Apple has added the D8 interview video with EBay's CEO John Donahoe to our Transaction - eWallet patent report. You'll hear Mr. Donahoe early on pointing to the iPhone being our eWallet within the next 2-3 years. You learned of the details of this coming revolution - first on Patently Apple.