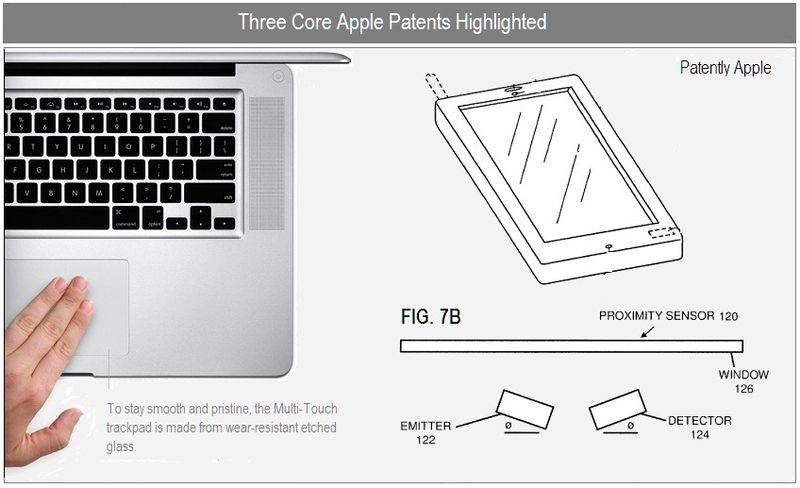 Apple has been granted a patent for their embedded iSight Camera with privacy filter which is present in Apple's iMac and MacBook computers and is used in conjunction with iChat, Apple's excellent video conferencing software. 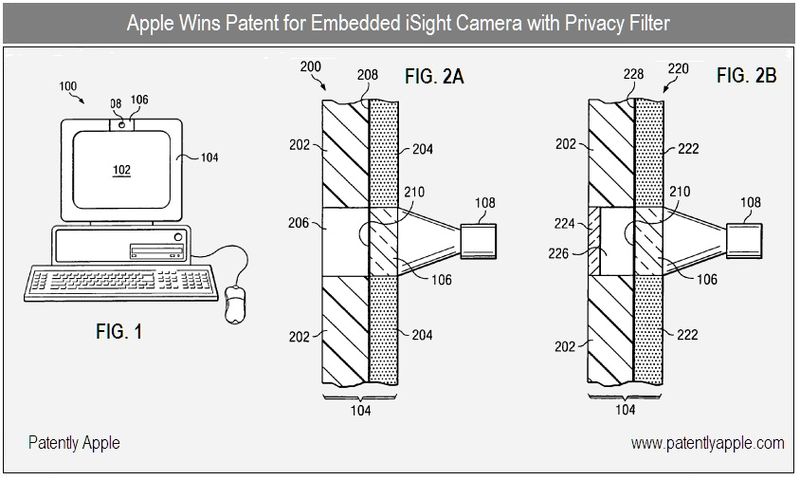 Apple has been granted a key patent relating to integrated proximity and light sensors found in their iPod touch, iPad and iPhone portable devices. 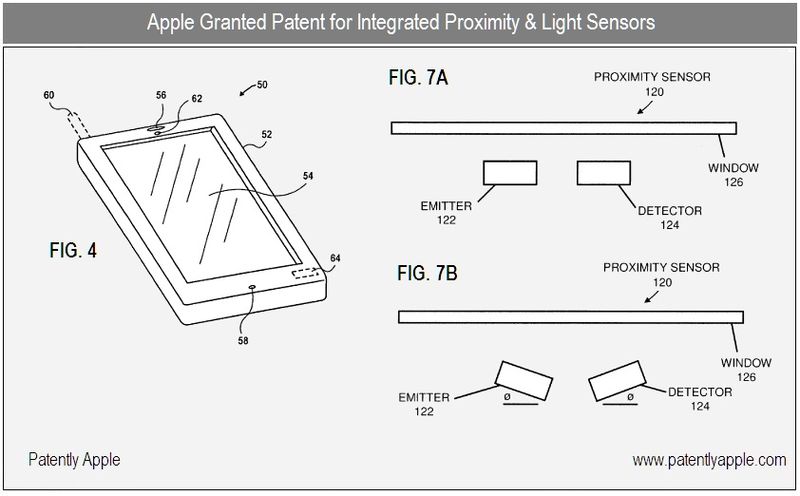 Apple's patent states that "U.S. patent application publication no. 2005/0219228 describes a device which includes many sensors, including a proximity sensor and a light sensor. The outputs from the sensors are processed to determine a device context. The light sensor detects ambient light levels and the proximity sensor detects a proximity to an object, such as a user's ear or face. In this case, there are two separate sensors which require two openings in the housing of the device."

Apple'siPhone technology webpage states that "When you lift iPhone to your ear, the proximity sensor immediately turns off the display to save power and prevent accidental dialing. The ambient light sensor in iPhone automatically brightens the display when you're in sunlight or a bright room and dims it in darker places."

Apple's webpage describes the MacBook's Multi-Touch Trackpad this way: "The first thing you might notice — or not notice — about the MacBook Pro trackpad is the button. The entire trackpad is the button, so you can click anywhere. Without a separate button, the spacious trackpad gives your hands plenty of room to move on the large, silky glass surface. Use two fingers to scroll smoothly up and down a page with inertial scrolling. Pinch to zoom in and out. Rotate an image with your fingertips. Swipe with three fingers to flip through your photo libraries. Swipe with four fingers to show your desktop, view all open windows, or switch applications. If you're coming from a right-click world, you can right-click with two fingers or configure a right-click area on the trackpad. The more you use the Multi-Touch trackpad, the more you'll wonder what you ever did without it." 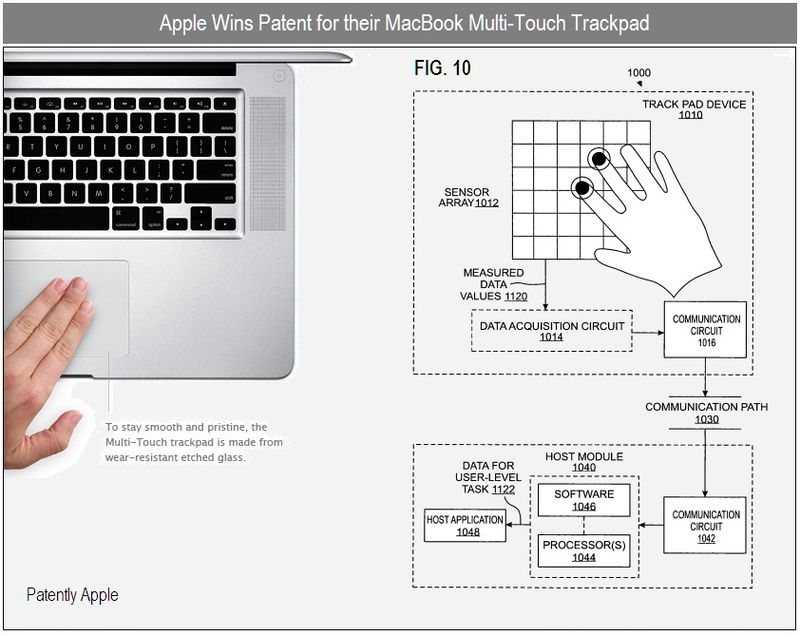 Apple's Abstract: An input device and system are described that acquires (measures) raw track pad sensor data and transmits this data to a host computer where it is analyzed by an application executing on one or more host computer central processing units. The resulting input processing architecture provides a track pad input device that is both lower in cost to manufacture and more flexible than prior art track pad input devices. Lower costs may be realized by eliminating the prior art's dedicated track pad hardware for processing sensor data (e.g., a processor and associated firmware memory). Increased flexibility may be realized by providing feature set functionality via software that executes on the host computer. In this architecture, track pad functionality may be modified, updated, and enhanced through software upgrade procedures.

GP 7,728,558 - Systems and methods for selectively changing current limit of a battery controller

GP 7,728,742 - Method and apparatus for compressing and decompressing data

GP 7,729,292 - Method and apparatus for detecting a router that improperly responds to ARP requests.

Notice: Patently Apple presents only a brief summary of patents with associated graphic(s) for journalistic news purposes as each such patent application and/or Granted Patent is revealed by the U.S. Patent & Trade Office. Readers are cautioned that the full text of any patent application and/or Issued Patent should be read in its entirety for further details. For additional information on any granted patent noted above that is not directly linked, simply feed the individual patent number(s) provided, minus the suffix "GP" (if present), into this search engine. About Comments: Patently Apple reserves the right to post, dismiss or edit comments.