At this year's D8 Conference, Steve Jobs reiterated Apple's position that it's not a technological problem trying to reinvent TV, it's a go-to-market problem. And while Apple's engineers are burning the midnight oil to figure out how to unravel that mystery, the USPTO today revealed that Apple has been granted three key Apple TV related patents. The patents cover Apple TV's interface in respect to navigation, browsing, searching and playback of media including music, TV shows, movies, podcasts and so forth. In addition to those patents, Apple has racked up a number of key industrial design patents today covering the original iPod, the iPod nano, the iMac, the 2G iPhone and more.

Apple has been granted a patent for the Apple TV interface. As shown below, Apple's patent FIG. 14 illustrates an exemplary main menu screen. In FIG. 16, you see Apple TV sub-categories covering "Featured", "Most Viewed", "Most Recent", "Top Rated", "Favorites" and "History". In addition, other items within the menu include "Search" and "Log-out."

Media devices, such as digital video and audio players, can include multiple functions and capabilities, such as playing stored content, browsing and selecting from recorded content, storing and/or receiving content selected by a user, and the like. These various functions can often be grouped according to content types, e.g., movies, music, television programs, photos, etc. The functions can then be accessed through various user interfaces that are typically arranged in a hierarchal manner, having a "root" or "home" user interface at the top of the hierarchy, from which the various context-dependent user interfaces are accessible. The user interfaces can include both graphical and textual features. It is desirable that the user interface conveys information to the user in an intuitive manner. 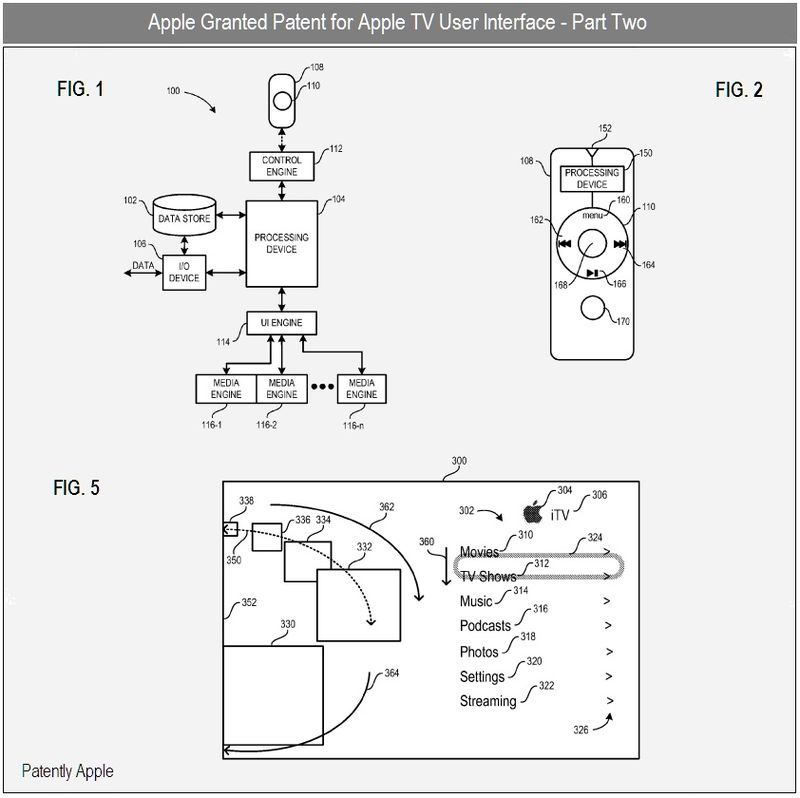 Patent FIG. 1 is a block diagram of the Apple TV media processing system; FIG. 2 is the Apple TV remote; FIG. 5 represents the core of this patent which is a transition of media menu item abstractions in the Apple TV menu interface environment. 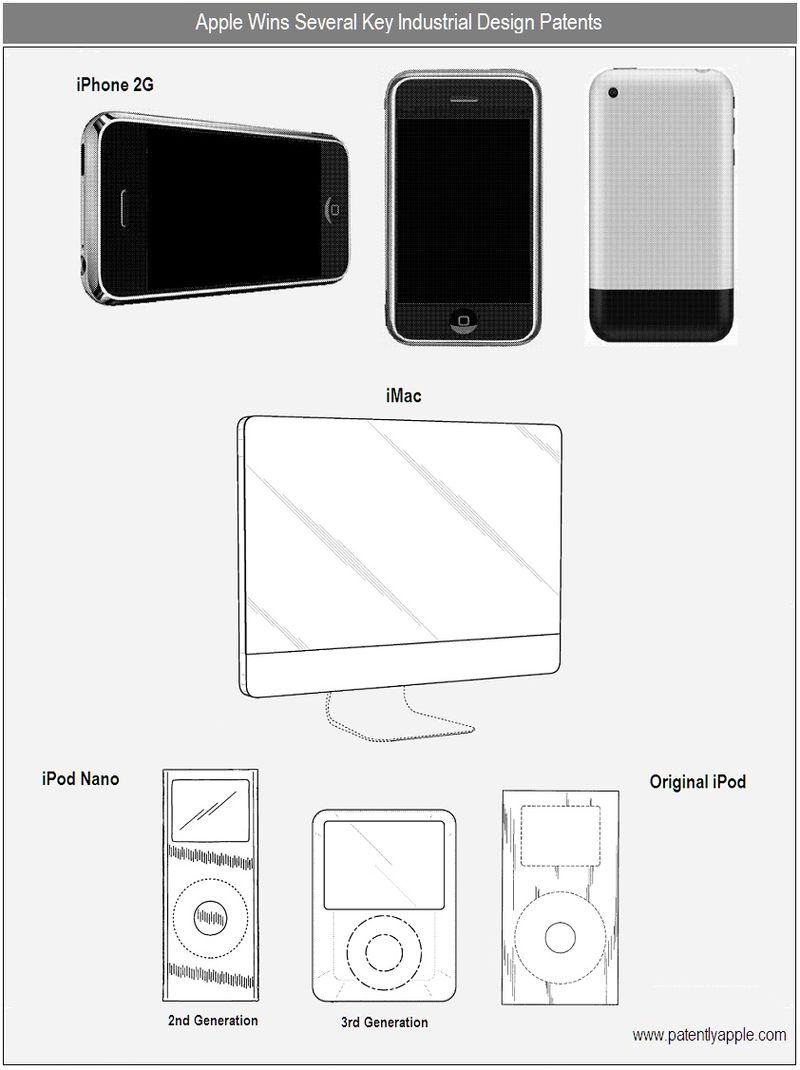