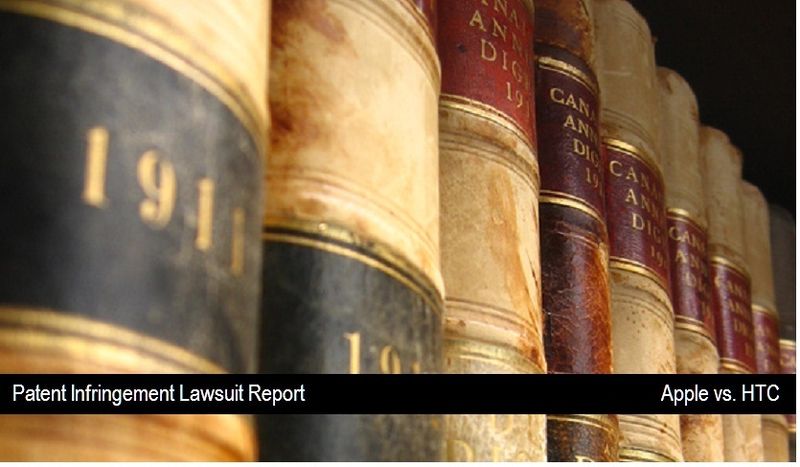 Apple is suing High Tech Computer Corp a/k/a HTC Corp. for Patent Infringement according to the latest court documents filed in the District of Delaware. The suit also extends to Exedea, which the court documents reveal is a wholly-owned subsidiary of HTC BVI and incorporated in the State of Texas. Exedea imports mobile communication devices produced by HTC Corp into the United States and distributes and sells such mobile devices after their importation. Four distinct Apple patents are listed in the filing and are known as the "Asserted Patents." One of the more recognizable patents in this case concerns the iPhone's "Slide to Unlock" gesturing feature. The law suit focuses like a laser beam on smartphones incorporating the Android Operating System.

Apple owns by assignment the entire right, title, and interest in and to the Asserted Patents (noted below) including the right to bring this suit for injunctive relief and damages. All of the patents are valid and enforceable.

Upon information and belief, Defendants (HTC, Exedea) have infringed and continue to infringe one or more claims of each of the Asserted Patents by engaging in acts that constitute infringement.

The law suit points to certain cellular phones and smart phones, including at least phones incorporating the Android Operating System.

The specific granted patents that are involved in this case include the following:

Apple sued HTC back in March 2010 and HTC filed a complaint with the United States International Trade Commission (ITC) to halt the sale of the iPhone, iPad and iPod in the US in May 2010. On June 11, 2010, the International Trade Commission (ITC) agreed to investigate HTC's patent violation claims against Apple. Apple's latest case was filed on June 21, 2010 under Case 1: 10-cv-00544-UNA.

The patent battle continues and expands.

Our Report is also Being Covered By: MacSurfer, Apple Investor News, 9 to 5 Mac, the Apple Enthusiast site, everythingiCafe and others.

The other reports miss the boat. There are 4 patents against Exedea and not just one or two relevant patents as others report. You're the only site making the right case. The case may only advance 1 or 2 patents against HTC but HTC's subsidary is now being dragged in here and so it's four squared against them. Good call.

Excellent report as always. We will have to wait for the counter-complaints and for the outcome of the lawsuit but I do believe Apple has an excellent case in hand.