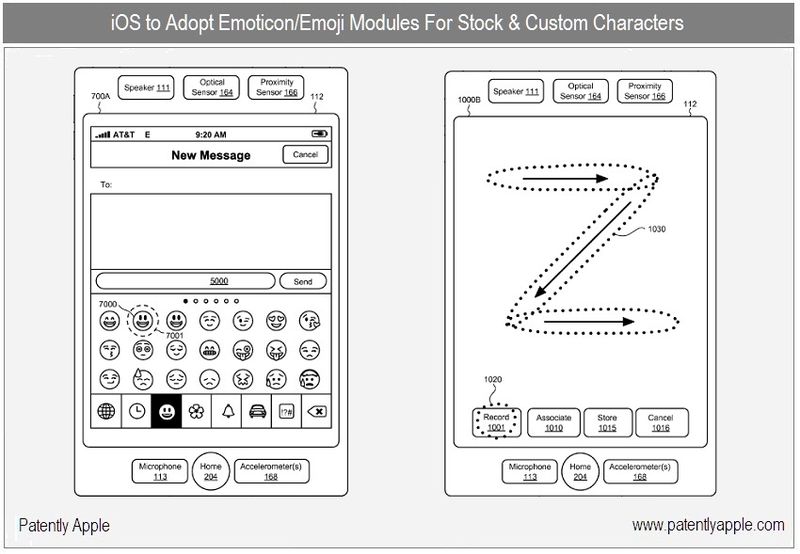 A recently published patent application of Apple's reveals that iOS will at some point gain new widget creating modules specifically relating to stock and/or custom Emoji Characters. The architecture reveals that modules will appear around the time that videoconferencing comes to the iPhone. With Apple having just revealed FaceTime, the new emoji character modules should be on their way in the next year or so if all goes well. We know emoji better as simply emoticons, but that limits the technology. Apple will extend emoji to accept custom characters that you simply draw on your touch screen and then record for later use. Emoji will uniquely be able to be used as custom map locator symbols as well. While emoticons are big in North America, they're a craze in other parts of the world. So get ready, the iPhone is about to jump on board this craze and do it in style.

Apple's patent is focused on emoji characters or emoticons, including user defined characters designed via touch screen gestures. Below you'll see three notable highlighted modules that are noteworthy. Two relate to the patent at hand, and the other is to illustrate the timing of these modules may be tied in when videoconferencing is on the iPhone. With FaceTime debuting on iPhone 4 in the next few weeks, we may see Apple roll out a new emoticon application over the next twelve months – perhaps sooner. Time will tell. 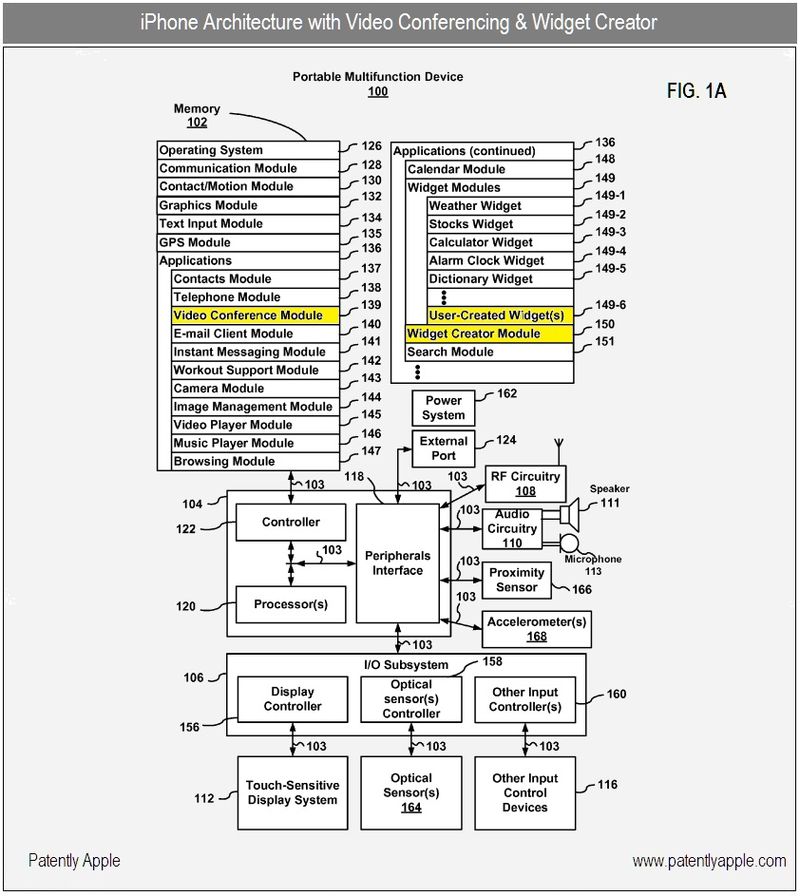 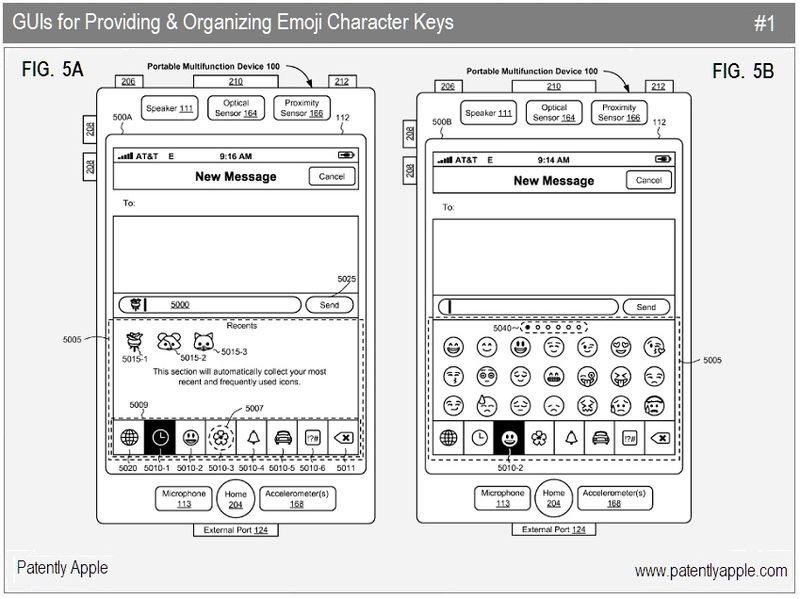 Assigning a User Defined Gesture to an Emoji Character

Apple's FIG. 10B shown below is an exemplary user interface for assigning a user-defined gesture to an emoji character on an iPhone or other iOS device. The UI includes a record icon 1001, an associate icon 1010, a store icon 1015 and a cancel icon 1016. Upon detecting a user gesture 1020 on the record icon 1001, the user interface goes into a gesture-recording mode. In patent FIG. 10B, 1000B illustrates a user-defined gesture 1030 detected on the touch screen while in the gesture-recording mode. In response to activation of the cancel icon 1016 (e.g., by finger tap gesture), the process of assigning a user-defined gesture to an emoji character is terminated.

Emoji Character as a Location Indicator on a Map

Apple's patent FIG. 11B illustrates an exemplary user interface for using an emoji character as a location indicator on a map via an electronic message. The patent figure is showing Lake Tahoe and the emoji character 1120 which is a customized or user defined character symbolizing a destination – be it a hotel, house, club or business.

It should be noted for fairness sake that some of the interface elements presented in Apple's patent are very close if not identical to those found on the App called "Emoji Enabler" found in the App Store. Whether Apple has secretly acquired this company or has simply used similar graphics for example purposes only is unknown at this time. Apple's technology however, goes far beyond that of static emoticons.

Apple has a number of continuation-patents out today, which basically means that they've been previously published and/or covered by us before. For instance, Apple's continuation patents covering Smart Garments (patent 20100151996), Handheld Computer Device (20100146766) and Doubleshot Molding (20100149735) have all been covered in our April 2010 granted patent report. For more on sport related patents, you could always check out our Tech: Sports section.

Apple is once again thinking of FM radio on other media players beyond the iPod nano. Today's  patent under 20100150276 is about a Hybrid Radio or HD and not hi-def as some would have you believe. Apple has been working  on this for years as this 2007 patent proves out. Once again, FM radio is on the nano due to the 2007 patent and it may move up Apple's mobile media chain as expected. Use this search engine to read more about today's patent.