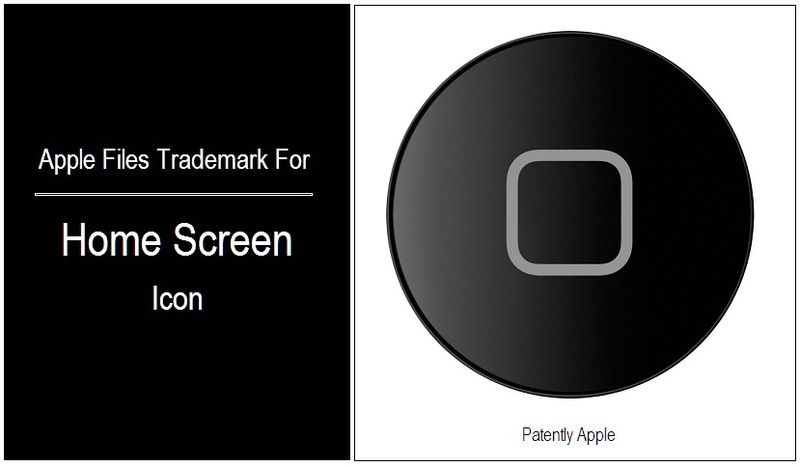 On June 23, 2010, the US Patent & Trademark Office published Apple's latest trademark for their iPhone 4 "Home Screen" icon under application 85065521. Apple has filed their trademark under the single International Class 009 covering "Handheld mobile digital electronic devices for the sending and receiving of telephone calls, electronic mail, and other digital data, for use as a digital format audio player, and for use as a handheld computer, personal digital assistant, electronic organizer, electronic notepad, and camera," according to their filing. Apple's website states that "The Home Screen is where you'll find your apps and folders." 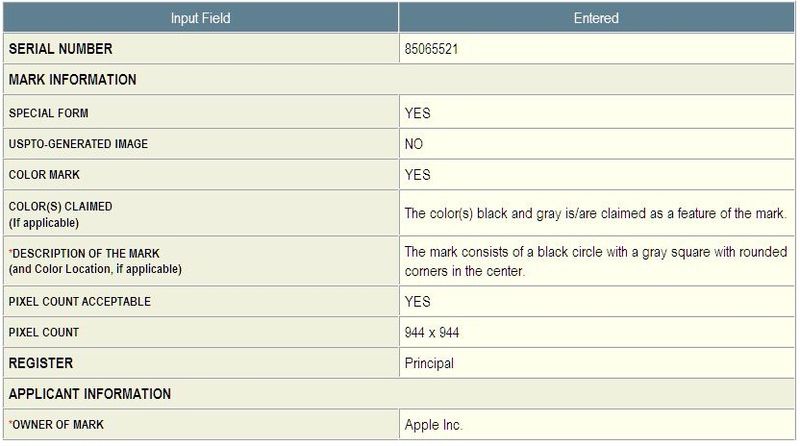 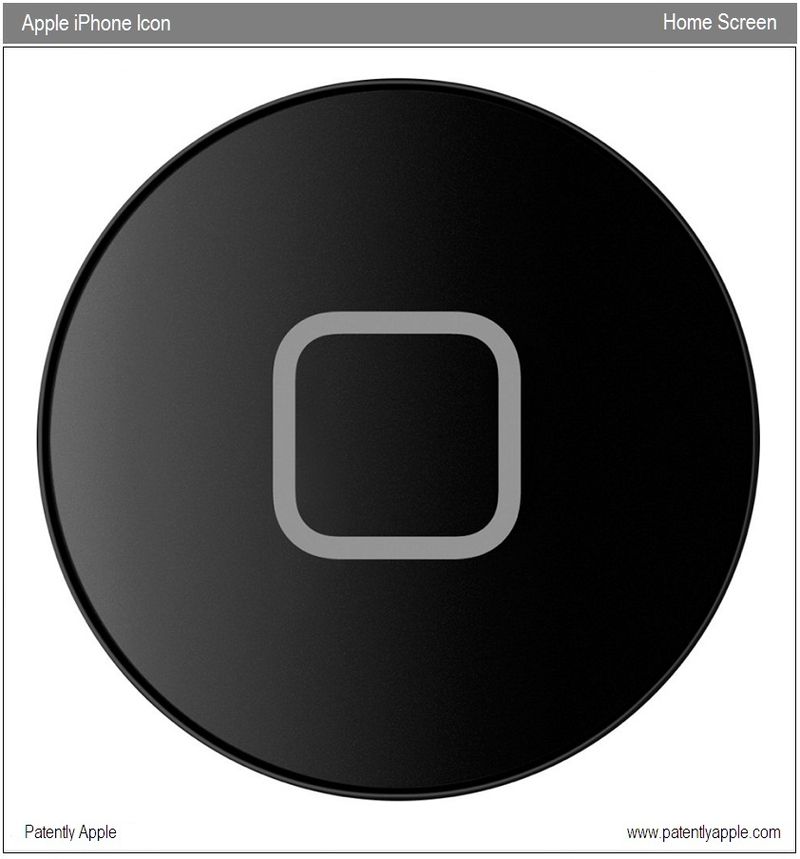 In International Class 009, the mark was first used at least as early as 06/29/2007 and first used in commerce at least as early as 06/29/2007, and is now in use in such commerce. Apple submitted one specimen showing the mark as used in commerce on or in connection with any item in the class of listed goods and/or services, consisting of a Screenshot of Applicant's website showing use of mark in connection with sale of the goods. 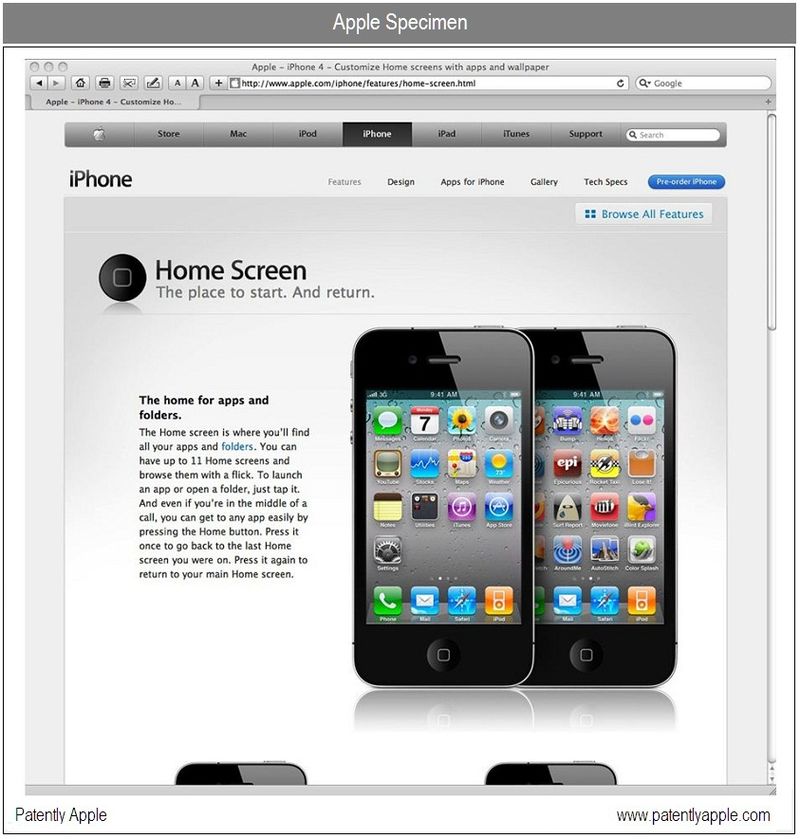