The Mobile Platform War Continues Between Nokia and Apple 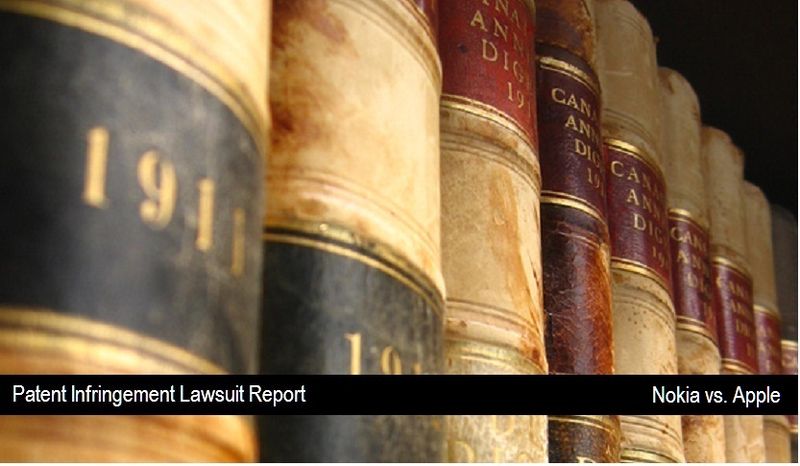 Nokia first sued Apple in October 2009 alleging that the iPhone infringed on ten of their patents - and Apple humbly replied with a countersuit of their own two months later. In April 2010, Patently Apple covered Intel's developer conference in a report titled "Apple's iPhone in Intel's Crosshairs." In that report we pointed to how Intel focused on a partnership with Nokia concerning MeeGo, a software platform to take on Apple's iPhone OS along with Microsoft's future mobile phone platforms and so forth. There's no doubt that in order for MeeGo to be successful, Nokia must at least appear to be both yesteryear's pioneer and tomorrow's visionary in the mobile arena. Yet the future visionary angle is one that Apple has claimed for themselves. During Apple's iPad Special Event in January, Steve Jobs stated the following: "Apple is a mobile devices company: That's' what we do. By revenue, Apple is the largest mobile devices company in the world, now. It's amazing." He went on to point out that Apple was larger than Sony's mobile devices business… that it was bigger than Samsung's mobile devices business and "by revenue, it's even bigger than Nokia's mobile devices business, with all of the handsets that they sell." Yeeees, the war between Nokia and Apple is as much about psychological marketing warfare than it is about patents. It's going to be a very long drawn out public war for the minds of consumers for years to come. Yet in the short term, this report covers the patents that Nokia is claiming Apple is infringing on.

Overview of the Patents-In-Suit

The patents-in-suit are a reflection of Nokia's research and development and achievements in the world of mobile communications. One patent allows for better transmission of speech and data by providing a modulator with a high signal-to-noise ratio. Another patent facilitates design of applications that use positioning data. The remaining three patents represent Nokia's achievements in the area of antenna design. These patents provide antenna configurations that improve performance and save space, allowing devices to do more in less volume.

Exhibit C: Antennas commonly have multiple sections, such as a reference or ground plane, a feed section, and one or more resonating regions. The 083 Patent relates to an antenna design in which the feed section components interact to form a transmission line. The 083 Patent allows for improved antenna characteristics, including an increased impedance bandwidth with limited, if any, loss of efficiency. These characteristics, in turn, allow for better communication and a better user experience.

Exhibit D: The 894 Patent is directed to an antenna design integrated into a system connector. The 894 Patent reduces the space needed for an antenna, allowing tighter integration of components and smaller, more compact mobile phones.

Exhibit E: The 431 Patent is directed to an antenna arrangement for a mobile station. The 431 Patent allows for an internal antenna with greater performance by creating an antenna assembly space free of the printed circuit board. The increased space allows for design of slimmer devices and improves the antenna characteristics, including a broader impedance band and better radiation efficiency. These characteristics, in turn, allow for better communication and a better user experience. 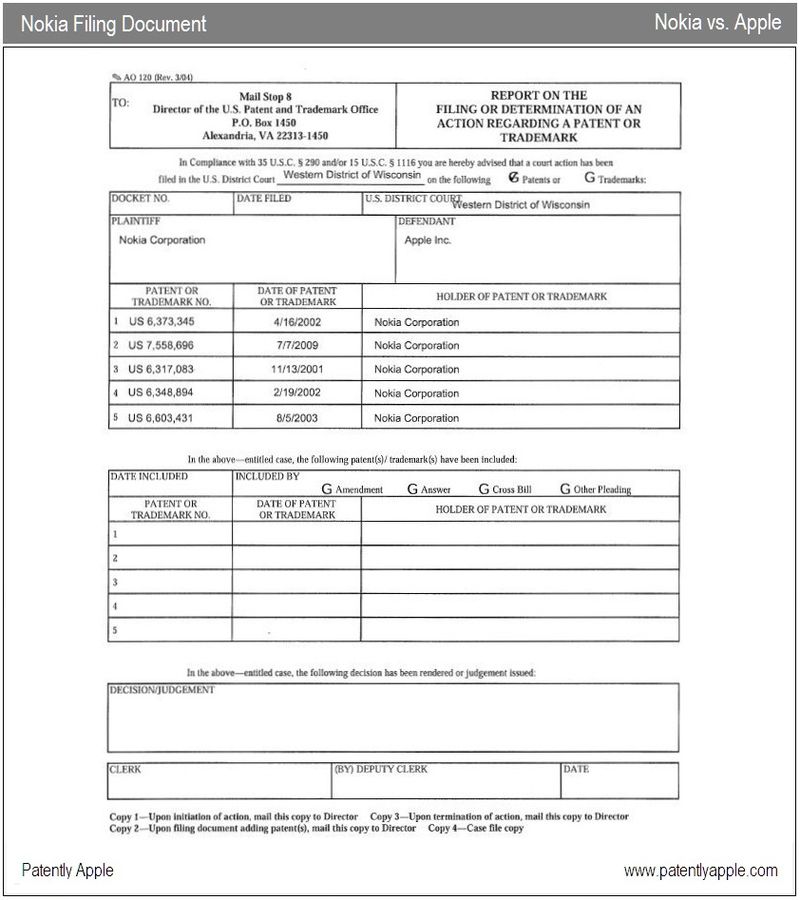 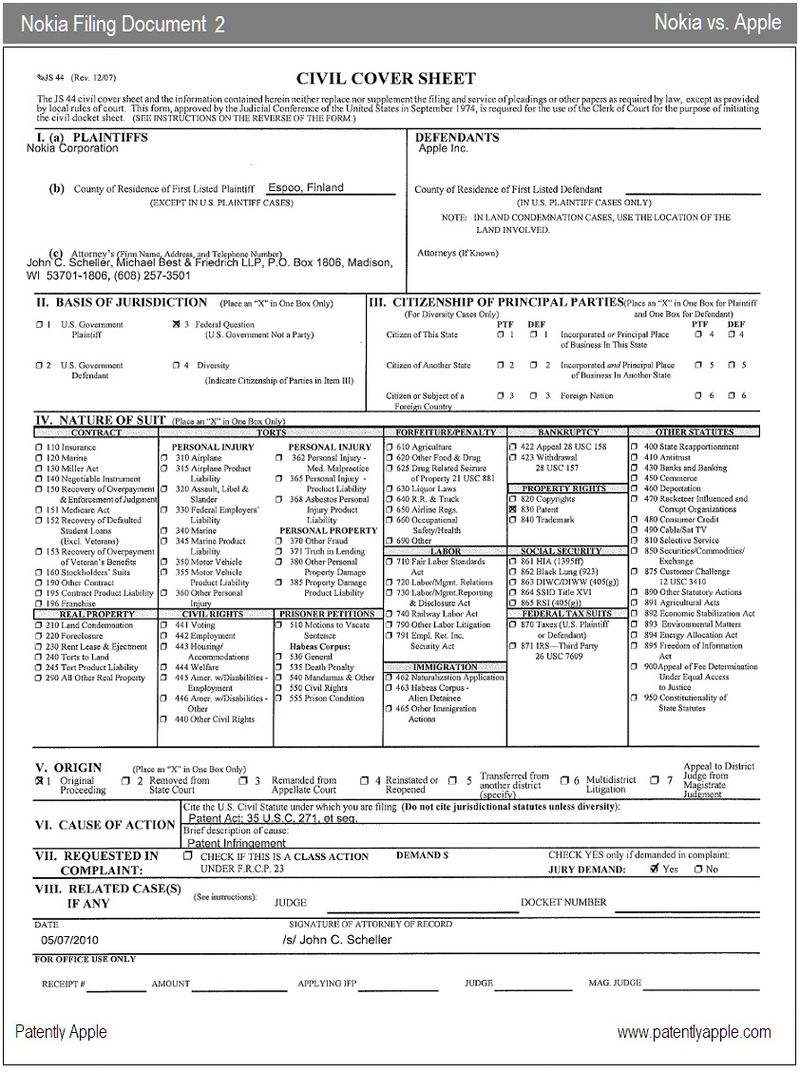 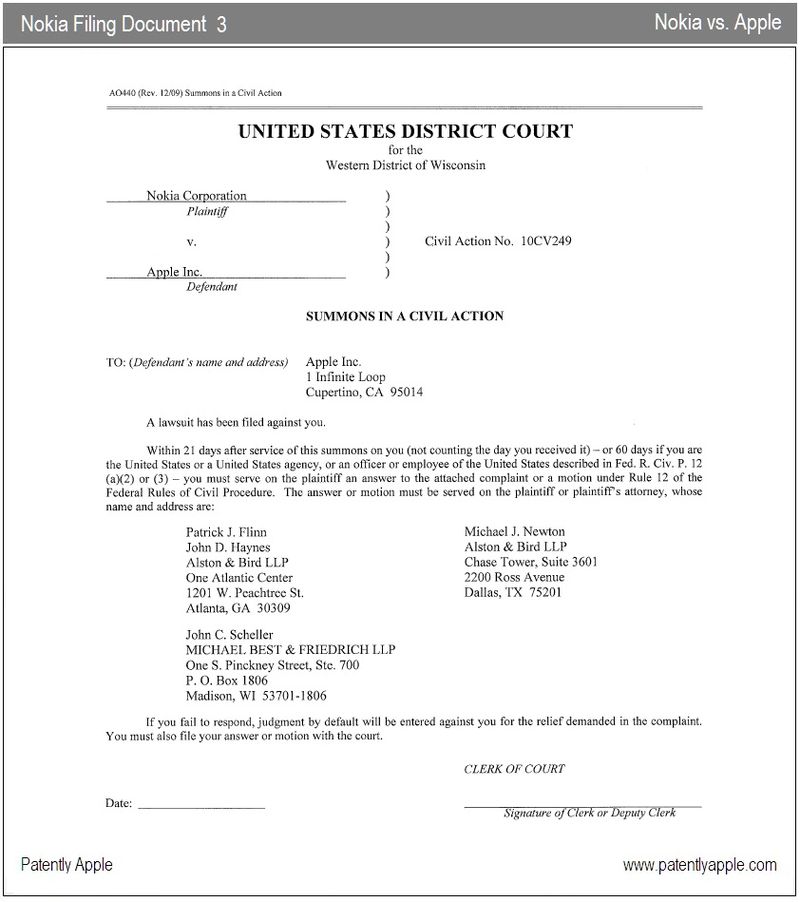 The United States International Trade Commission ruled on March 25, 2011, that Apple did not violate 5 Nokia Patents as was alledged in a filing on January 28, 2010. The five patents and respective claims that were not violated by Apple Inc are noted below:

The two gentlemen above me [should understand that] Nokia isn't close to dying and Apple is miles away from catching up [with Nokia]. Apple might be doing well but you are out of your mind if you think that the world is dying for over priced cell phones.

The hand writing is on the wall, Nokia can't keep up with Apple and the lawsuits are a desperate attempt to stay alive. For Nokia it can only get worse, they have a misplaced belief that they own the cell phone world which is wrong. Money talks and BS walks, start walking Nokia.

Nokia has to show its shareholders its doing something.

And because they lack focus and ingenuity, they have to resort to suing Apple.

Quite different than the Apple HTC lawsuit.