The US Patent and Trademark Office officially published a series of four newly granted patents for Apple Inc. today. The notables within this group include one relating to Apple's MacBook display housing, another for Final Cut Pro's speed effects in relation to video presentations, another relating to wireless transactions made on an iPhone and/or iPod and finally the surprise of the day perhaps. What first appeared as a seemingly simple iPod nano patent, quickly turned into a wild revelation. Apple, as far back as 2006, intended to eventually evolve their iPod nano into that of a nano-phone. Don't take my word for it, read what the patent actually reveals. This isn't the first time that this subject matter has popped up in a patent and begs the question: is a Nano-Phone still a relevant concept? 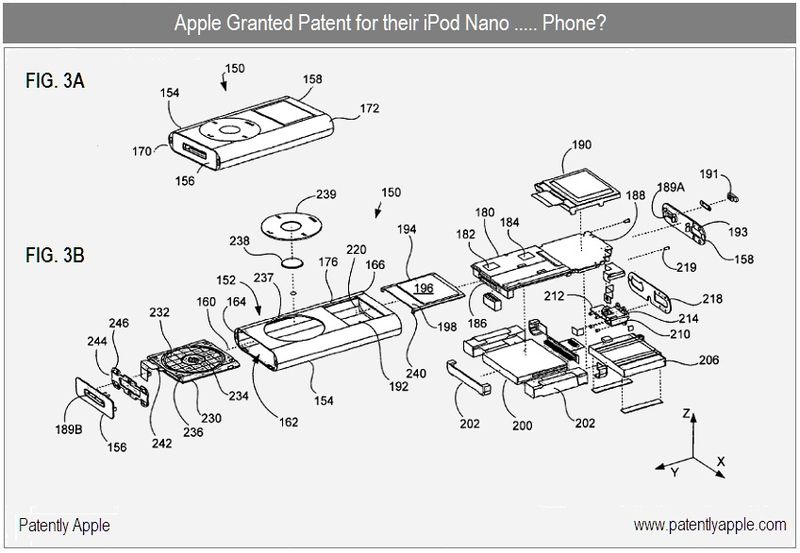 To clarify, what kind of "wireless communications" is this patent talking about here? Well, the patent specifically states the following: "the device includes processors, transmitters, receivers, and antennas for supporting RF, and more particularly GSM, DCS and/or PCS wireless communications in the range of about 850 to about 1900 MHz."

That was the last thing that I expected to read about in this simple iPod nano patent, but there it is in black and white. This isn't the only patent that Apple has on record regarding a nano phone. Last July Patently Apple covered a more detailed patent on a stunning nano-phone as is illustrated in the graphic above.

Apple credits Stephen Zadesky and Stephen Lynch as the inventors of today's Granted Patent 7,724,532, originally filed in Q3 2006 or about a year before the first iPhone actually launched.

The background of the patent states that using a cell phone or other such device to remotely enter into a commercial transaction (such as food or drink ordering) is widespread and well understood. However, in order to initiate such a remote transaction using a cell phone, a user must be aware that a merchant of interest is nearby, must be aware of a list of available items for purchase by the merchant, must be aware of a price for each item, etc. Even in those cases where all the relevant knowledge is available and known, the user must then pay for the services or goods purchases. In some cases, the user must use a credit or debit card by repeating very sensitive information in a voice loud enough to be heard and understood over the phone, or enter the information manually if speaking is not an option. In some cases, if the merchant does not accept the particular payment method, the customer must pay using cash thereby eliminating most, if not all, of the perceived efficiencies of remotely ordering using the cell phone, PDA, media player, etc. Apple credits Anthony Fadell as the sole inventor of Granted Patent 7,724,716, originally filed in Q3 2006 or approximately one year prior to the iPhone's launch.

Granted Patent: Application of Speed Effects to a Video Presentation 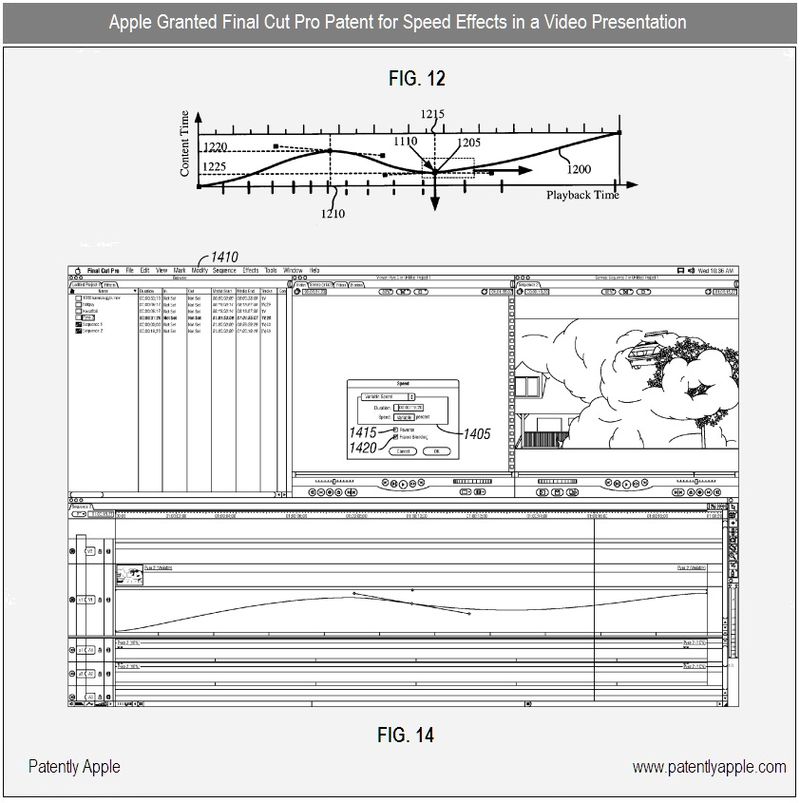 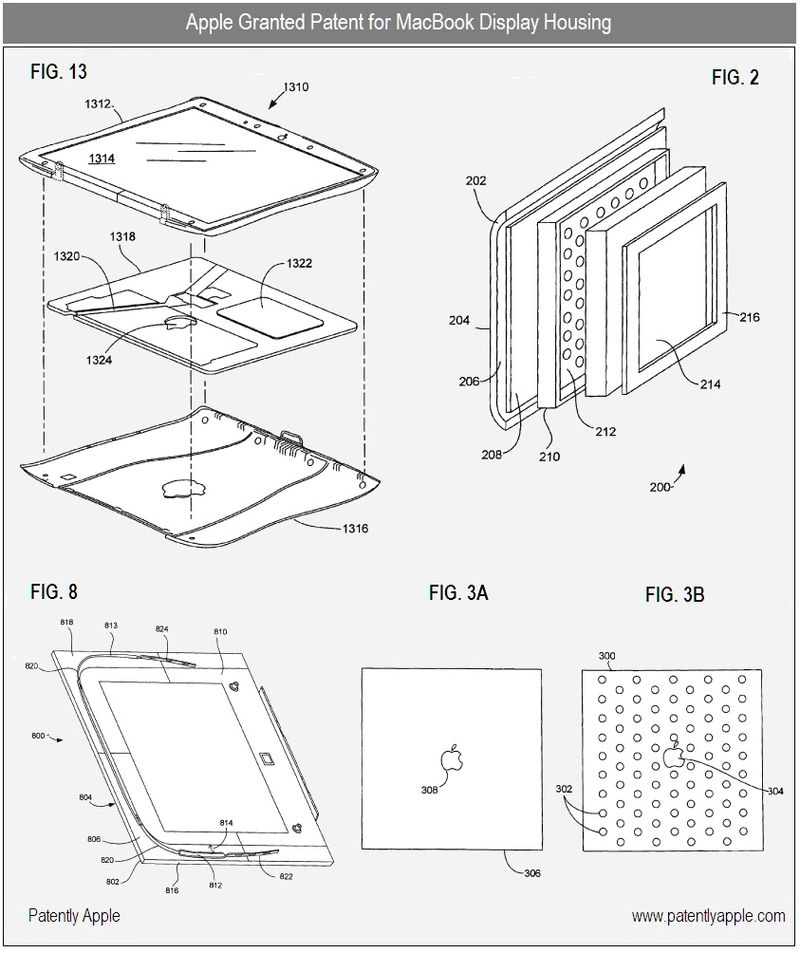 Apple credits Lawrence Lam, Jory Bell, Chris Stringer and Roy Riccomini as the inventors of Granted Patent 7,724,509, originally filed in Q3 2008 – though the history of this patent dates all the way back to May 1999.

Another Noteworthy Patent to Mention

In case you missed our report yesterday due to the long weekend, be sure to check out this latest e-wallet report titled "Exploring Apple's New e-Wallet Patent on ATM Transactions." Here's our summary:

In the first two chapters of this series describing Apple's forthcoming e-wallet functionality, we covered such matters as Apple's iPhone transaction system, the overview of various transactions, the NFC-iPhone tap operation, credit cards, smart/debit cards, check handling and split-billing. In the third part of our series we present you with an overview of Apple's financial patent which focuses on a future iPhone interacting with Automatic Teller Machines or ATMs. Our report walks you through the basics of Apple's Transaction Application interface while exploring some of the more interesting security features it will be offering, such as advanced gestural and voice signature capabilities and a very unique ever-changing numeric pad interface for PINs. There's no doubt that the e-Wallet revolution is on the horizon and with every Apple patent that we are privileged to explore on this subject, we are actually peering through the peep hole of Apple's engineering lab and seeing but a glimpse of the grandeur of Apple's vision of the e-wallet of tomorrow.

Notice:Patently Apple presents only a brief summary of patents with associated graphic(s) for journalistic news purposes as each such patent application and/or Granted Patent is revealed by the U.S. Patent & Trade Office. Readers are cautioned that the full text of any patent application and/or Issued Patent should be read in its entirety for further details. For additional information on any granted patent noted above that is not directly linked, simply feed the individual patent number(s) provided into this search engine. About Comments: Patently Apple reserves the right to post, dismiss or edit comments.