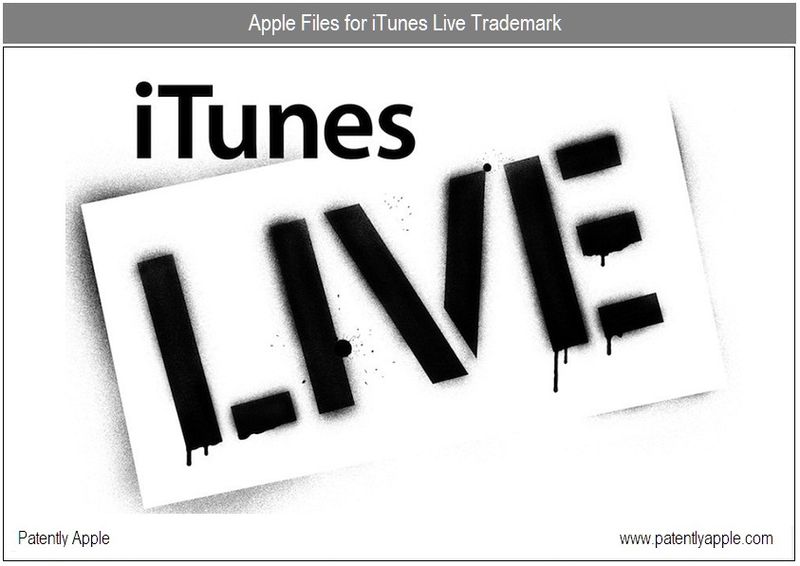 On Friday morning, a series of "Made for" trademarks from Apple's were published by the USTPO covering Apple's iPod, iPhone and iPad. In an unusual move by the USPTO, Apple's trademark filing for 'iTunes Live" was published yesterday, Saturday May 8, 2010. With that said, Apple's dual filings are found under applications 85030139 and 85030144 which are respectfully covered by International Classes 035 for "Online retail store services in the field of entertainment," and 041 for "Entertainment services." 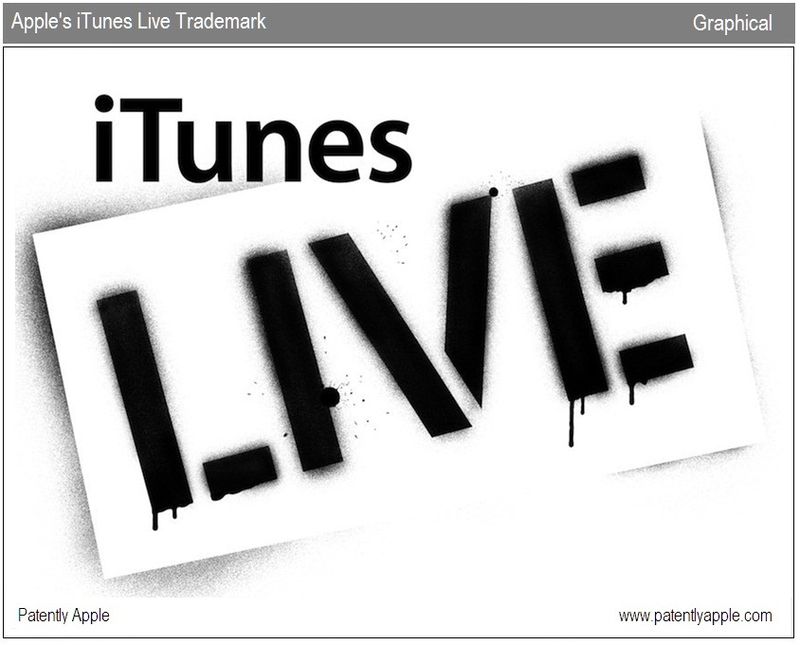 
In International Classes 035 and 041, the mark was first used at least as early as 01/00/2008, and first used in commerce at least as early as 01/00/2008, and is now in use in such commerce. Apple submitted one specimen for each class (though the same example), as shown below, illustrating the mark as used in commerce on or in connection with any item in the class of listed goods and/or services, consisting of a screenshot of their online retail store showing use of the mark. 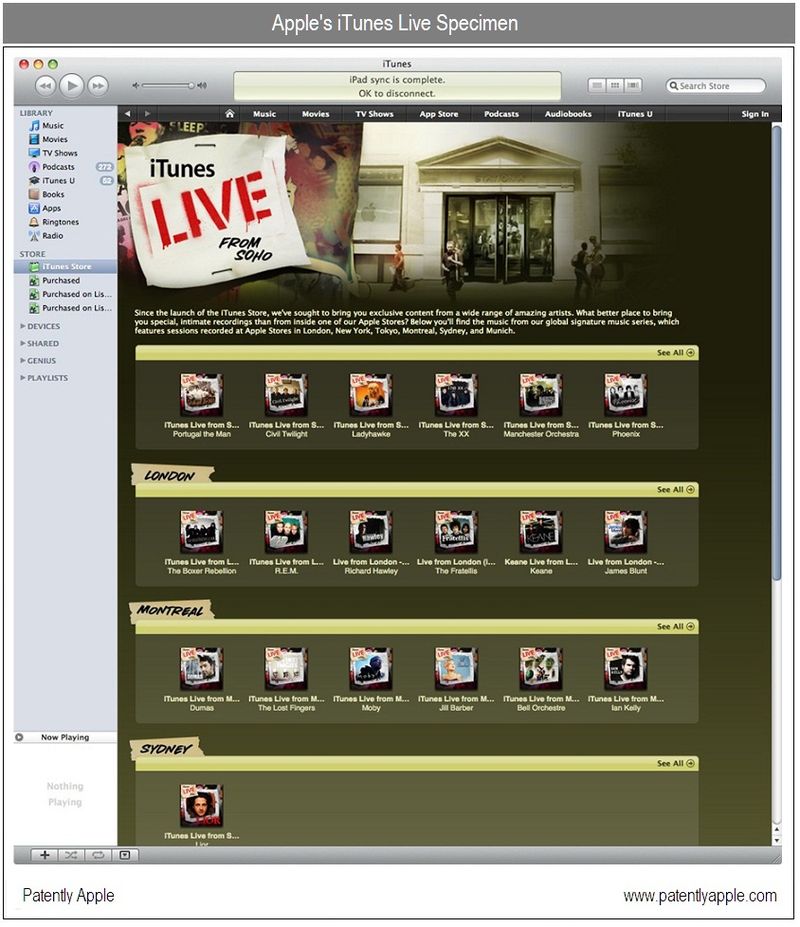 According to USPTO documents, Apple's trademarks were officially filed on May 04, 2010 - though only publically published sometime between late Friday May 7 and Saturday May 8, 2010.