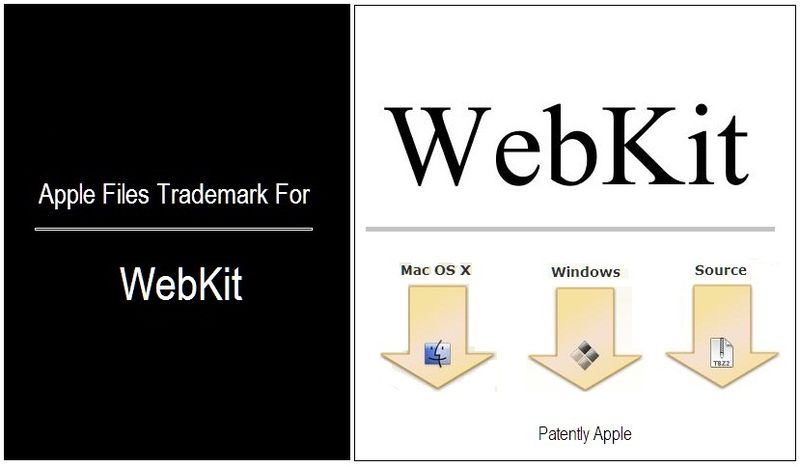 On May 23, 2010, the US Patent & Trademark Office published Apple's latest trademark application for "Webkit" under application 85041789 which was officially filed for on May 18, 2010. Apple has filed their trademark under International Class 009 covering "Computer software for use in developing internet browser software." Apple's trademark specimen directly presents the WebKit Nightly Builds webpage. In Steve Jobs' recently published "Thoughts on Flash" he stated that "WebKit has been widely adopted. Google uses it for Android's browser, Palm uses it, Nokia uses it, and RIM (Blackberry) has announced they will use it too. Almost every smartphone web browser other than Microsoft's, uses WebKit. By making its WebKit technology open, Apple has set the standard for mobile web browsers." 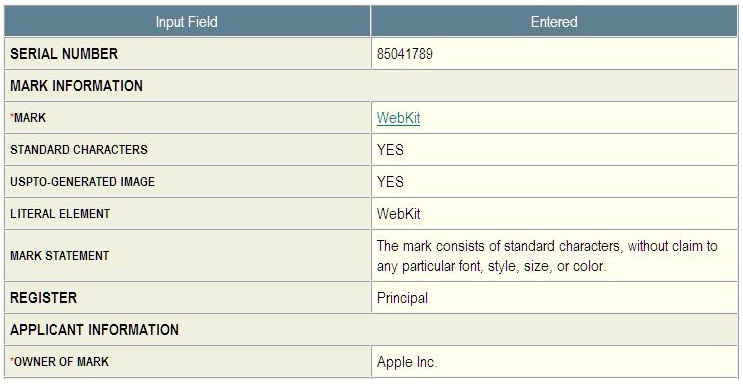 In International Class 009, the mark was first used at least as early as November 2001 and first used in commerce at least as early as 10/24/2003, and is now in use in such commerce. Apple submitted one specimen showing the mark as used in commerce on or in connection with any item in the class of listed goods and/or services, consisting of a screenshot of their website as illustrated below. 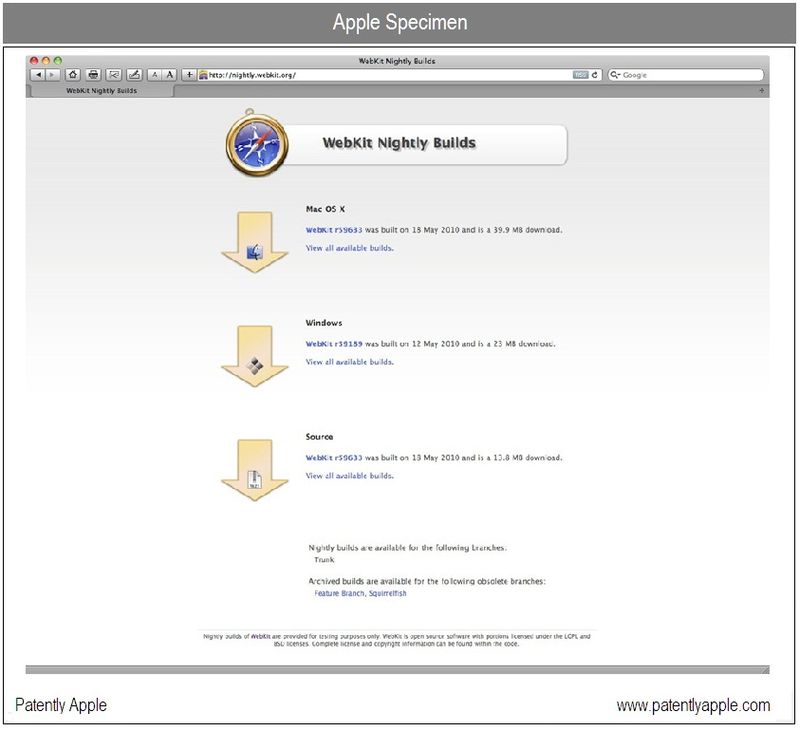 It should be noted that although our report's cover graphic reflects some of Apple's webpage, the actually trademark filed by Apple is restricted to the text illustrated on the top right side of that graphic.