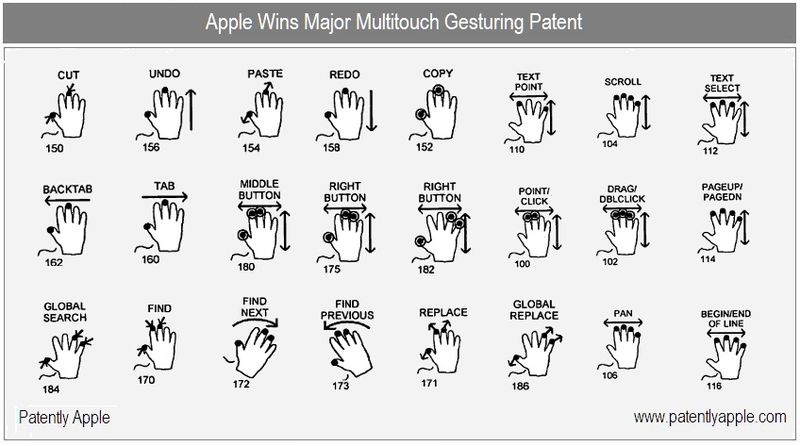 The US Patent and Trademark Office officially published a series of twelve newly granted patents for Apple Inc. today. The two notables within this group includes one that relates to controlling the tempo of music on an iPod to motivate users while jogging or working out - while the other is a major multitouch gesturing patent that includes virtual keyboards and/or larger surface computers.

Apple has been granted a patent for a multi-touch system that compares finger arrangements at the beginning of multi-touch gestures and discriminates between neutral and spread-hand performances. Gestures by the neutral and spread-hand versions of each chord are then mapped to separate, but intuitively related cursor functions or sets of commands. Less-frequently performed functions and commands are typically assigned to the spread-hand chord, since spreading the hand from neutral takes deliberate effort. With these neutral and spread distinctions, a two-handed gesture set can be packed into a one-handed touch surface, or for two-handed touch surfaces, twice as many intuitively customizable gesture command sets can be accommodated. 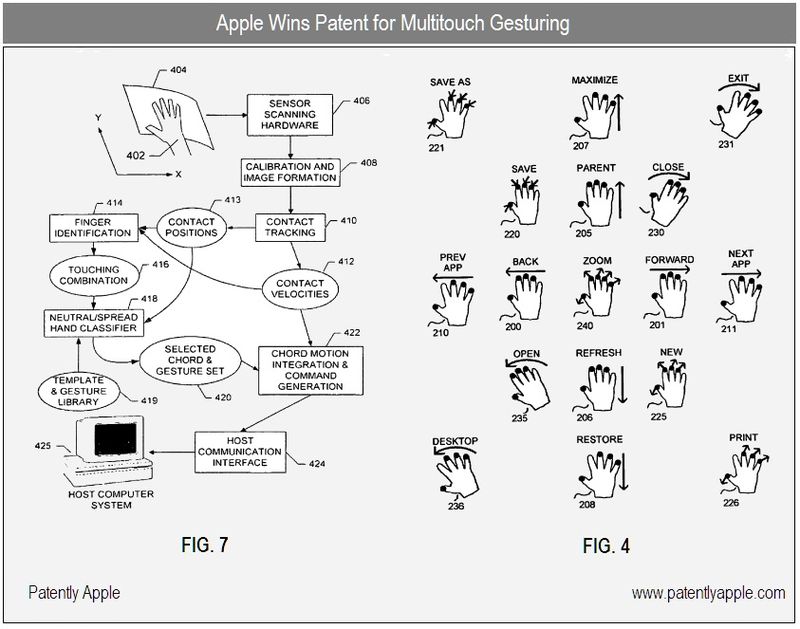 Apple credits Wayne Westerman and John Elias as the inventors of Granted Patent7,705,830, originally filed in Q. It should be noted that Apple was also granted a related patent in November 2009 under Granted Patent 7,619,618. When Apple acquired Fingerworks, they acquired these important virtual keyboard and gesturing patents.

It is well documented that music can affect the mood and behavior of people. For example, different compositions of music may be used for relaxing, romancing, dancing, exercising, etc. During exercise in particular, music can be used to motivate, speed and drive the intensity of the workout. For example, it is generally believed that if the music is invigorating and inspiring people will be more motivated to work out. Because of this, most gyms play music with an upbeat tempo to keep people motivated during their work out. Furthermore, some studies have shown that joggers who exercised with music had greater endurance, worked out longer and felt better about the workout than those who worked out without music. 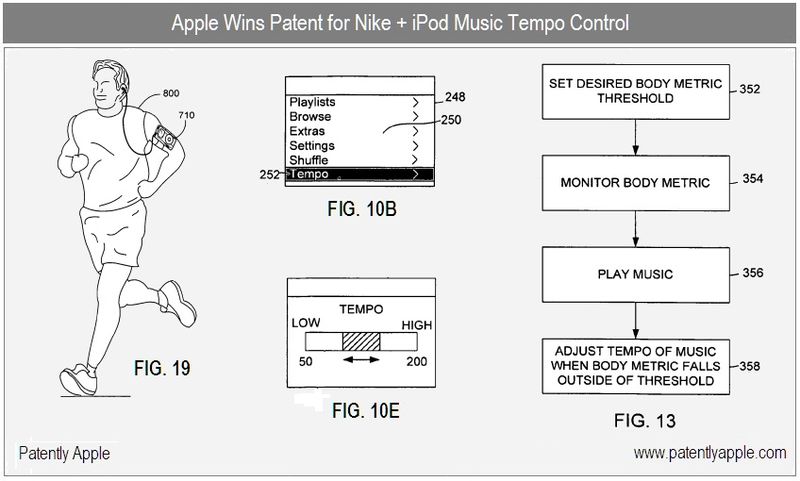 One attribute of music that is believed to be tied strongly to mood and behavior is tempo. Tempo, which is often measured in beats per minute (bpm), is the speed at which an element or composition is played. The tempo of music typically ranges between 50 and 200 beats per minute. Although tempo sets the basic pace of music, it should be noted that the rhythm of the music can also have an impact on the perceived pace (so it too can affect a person's mood and behavior).

One aspect of Apple's invention relates to adjusting the tempo (or some other attribute) of music being outputted from a music player. By way of example, a song's tempo may be increased or decreased before or during playing. This is typically accomplished in real time (on the fly) in the music player. Another aspect of Apple's patent relates to selecting music for outputting based on tempo (or some other attribute). For example, the music player may play songs having a particular tempo. Yet another aspect of the patent relates to both selecting music based on tempo and adjusting the tempo of the music.

Apple credits Adam Bowen as the soul inventor of Granted Patent 7,705,230, originally filed in Q1 2009 – though related documents date back to 2004. This feature isn't available on any my iPod's with or without Nike + iPod. If you have access to such a feature, please point that out in our comments area below. 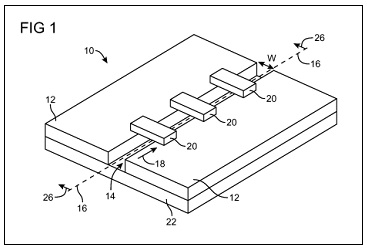 Apple's invention relates to antennas, and more particularly, to antennas that have shunt inductors at intervals along their lengths. The inductors may have equal inductances and may be located equidistant from each other to form a scatter-type antenna structure. The inductors may also have unequal inductances and may be located along the length of the gap with unequal inductor-to-inductor spacings, thereby creating a decreasing shunt inductance at increasing distances from a feed for the antenna. This type of antenna structure functions as a horn-type antenna. One or more scatter-type antenna structures may be cascaded to form a multiband antenna. Antenna gaps may be formed in conductive device housings.

Management of User Interface Elements in a Display Environment: Apple has been granted a patent for a widget manager which facilitates management of widgets in a dashboard layer. Management functions can include enablement, preview, importation, exportation, organization, installation, deletion, acquisition, etc.

Import Directly into Specified Folders and User Interface: Apple's granted patent generally relates to digital file management, and more specifically, to a user interface technique graphically indicating copying, or otherwise transferring, a digital file from an origin to a destination.

Host Configured for Interoperation with Coupled Portable Media Player Device: Apple has been granted a patent relating to methods and system for transferring images between devices. For example, differently scaled images by a host device may automatically and/or selectively be transferred to a media player for display. In turn, appropriately scaled images may be transferred automatically and/or selectively to another display device for example a TV, camera or printer. The selectivity may occur either at the host level or at the player level.

The Remainder of Apple Granted Patents Include the Following: