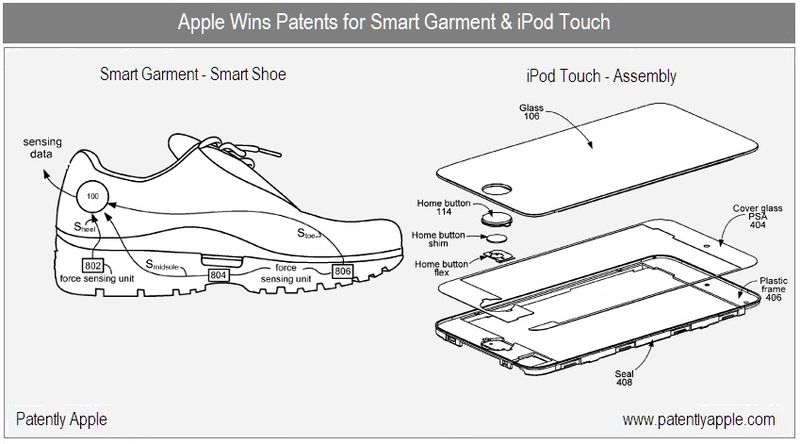 The US Patent and Trademark Office officially published a series of 14 newly granted patents for Apple Inc. today of which two are industrial designs covering the iPhone 3GS and iPod Touch. Two other notables within this group includes one that relates to a smart garment or smart shoe that may suggest that Nike and Apple may actually be working on a more sophisticated runner in the future and the other patent relates to the iPod touch and its assembly.

A sensor authenticated to a garment transfers information, either wirelessly or wired, to an external data processing device. Such information includes location information, physiometric data of the individual wearing the garment, garment performance and wear data (when the garment is an athletic shoe, for example). The external data processing device can be portable digital media players that are, in turn, in wireless communication with a server computer or other wireless devices. In the real world, Apple's Patent is associated with Nike + iPod – Though the detail of the running shoe illustrated below actually suggests that Apple and Nike could be working on yet a more sophisticated runner. 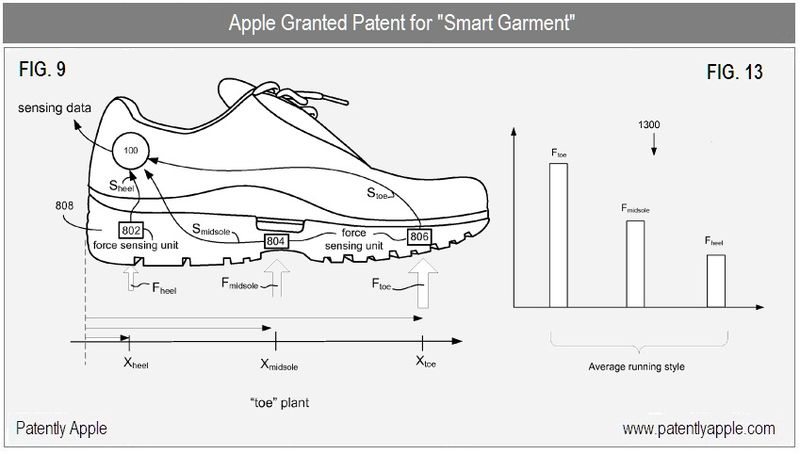 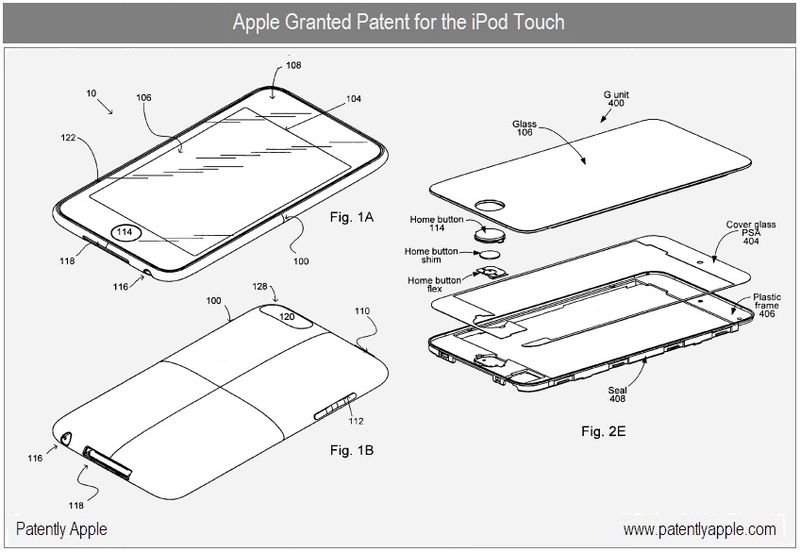 One design challenge associated with the portable electronic device is the design of the enclosures used to house the various internal components. This design challenge generally arises from a number conflicting design goals that includes the desirability of making the enclosure lighter and thinner, the desirability of making the enclosure stronger and making the enclosure more esthetically pleasing. The lighter enclosures, which typically use thinner plastic structures and fewer fasteners, tend to be more flexible and therefore they have a greater propensity to buckle and bow when used while the stronger and more rigid enclosures, which typically use thicker plastic structures and more fasteners, tend to be thicker and carry more weight. Unfortunately, increased weight may lead to user dissatisfaction, and bowing may damage the internal parts.

Furthermore, in most portable electronic devices, the enclosures are mechanical assemblies having multiple parts that are screwed, bolted, riveted, or otherwise fastened together at discrete points. For example, the enclosures typically have included an upper casing and a lower casing that are placed on top of one another and fastened together using screws. These techniques typically complicate the housing design and create aesthetic difficulties because of undesirable cracks, seams, gaps or breaks at the mating surfaces and fasteners located along the surfaces of the housing. For example, a mating line surrounding the entire enclosure is produced when using an upper and lower casing. Not only that, but assembly is often a time consuming and cumbersome process. For example, the assembler has to spend a certain amount of time positioning the two parts and attaching each of the fasteners. Furthermore, assembly often requires the assembler to have special tools and some general technical skill

Another challenge is in techniques for mounting structures within the portable computing devices. Conventionally, the structures have been laid over one of the casings (upper or lower) and attached to one of the casings with fasteners such as screws, bolts, rivets, etc. That is, the structures are positioned in a sandwich like manner in layers over the casing and thereafter fastened to the casing. This methodology suffers from the same drawbacks as mentioned above, i.e., assembly is a time consuming and cumbersome. 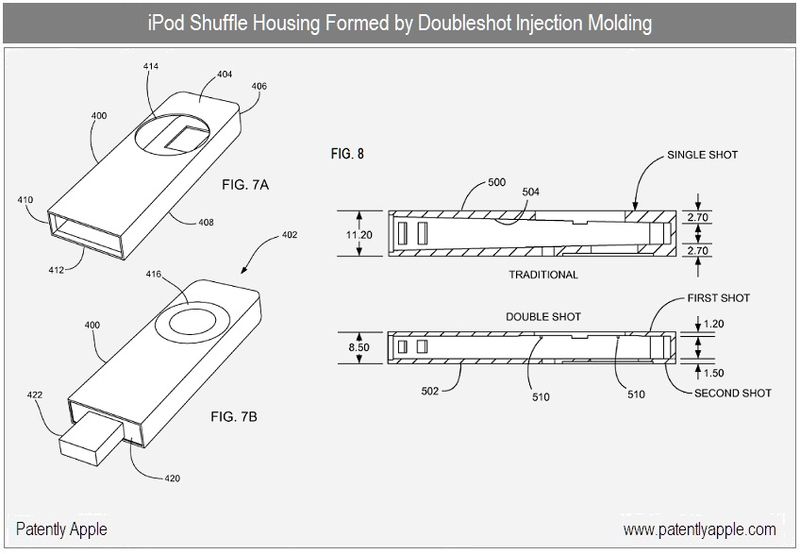 Being that the patent points to external foot portion of the foot assembly being is a thermoplastic elastomer and the claims point to a laptop, we could safely say that the patent is primarily about the base of the MacBook. However, it must be said that the patent interestingly adds that "Alternatively, an electronic device that incorporates a foot assembly constructed in accordance with the invention may not be portable at all, but may instead be generally stationary, such as a desktop computer or television." 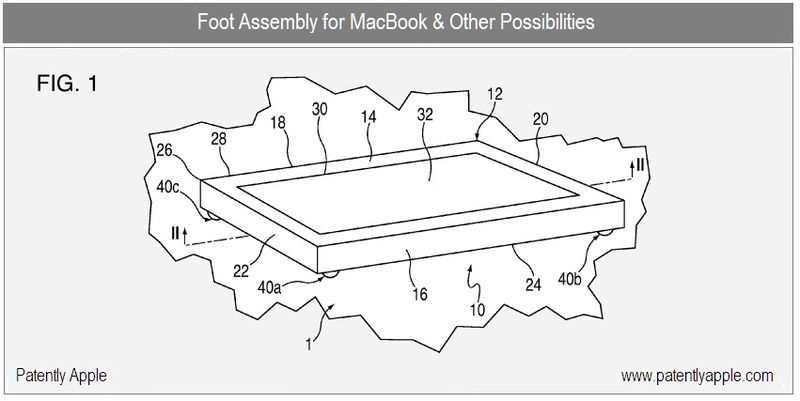