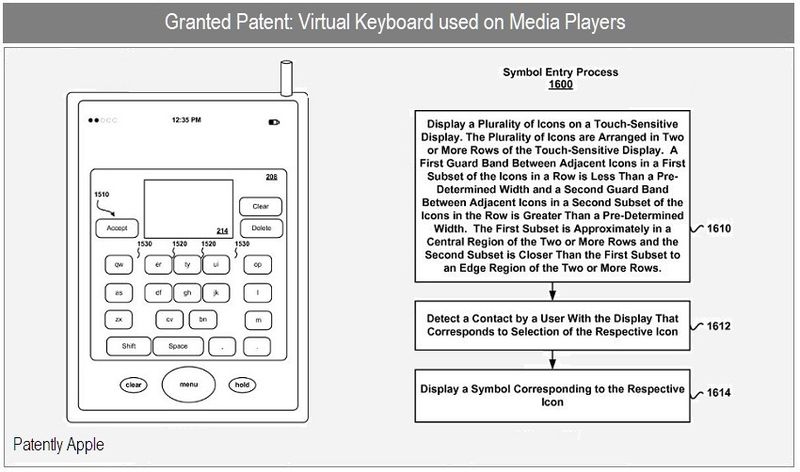 The US Patent and Trademark Office officially published a series of 16 newly granted patents for Apple Inc. today. The notables within this group begin with two design patents relating to Cover Flow animation and Apple's MacBook Air SuperDrive and then continue with granted patents for a virtual keyboard for media players, video encoding in iChat, iDVD and finally an important multi-touch related patent covering error compensation for multi-touch surfaces.

Animated graphical user interface for a display screen or portion thereof The appearance of the image transitions sequentially between the images. The example appears to be that of "Cover Flow" used on an iPhone. 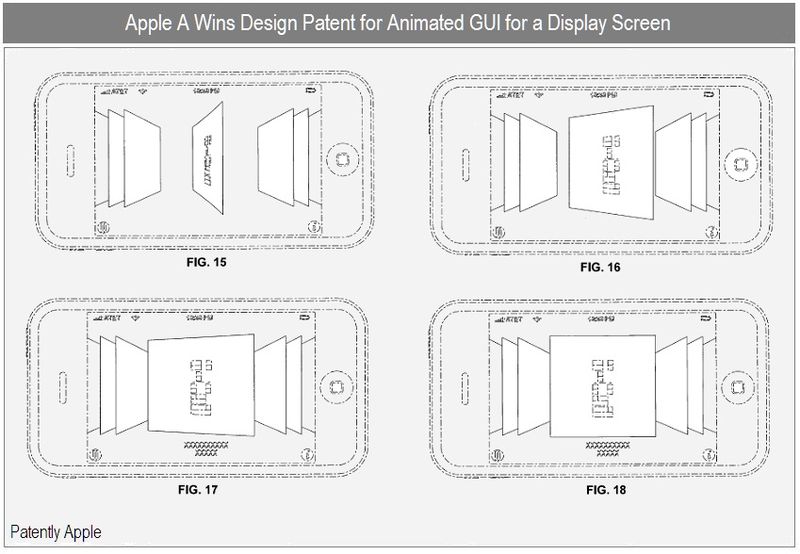 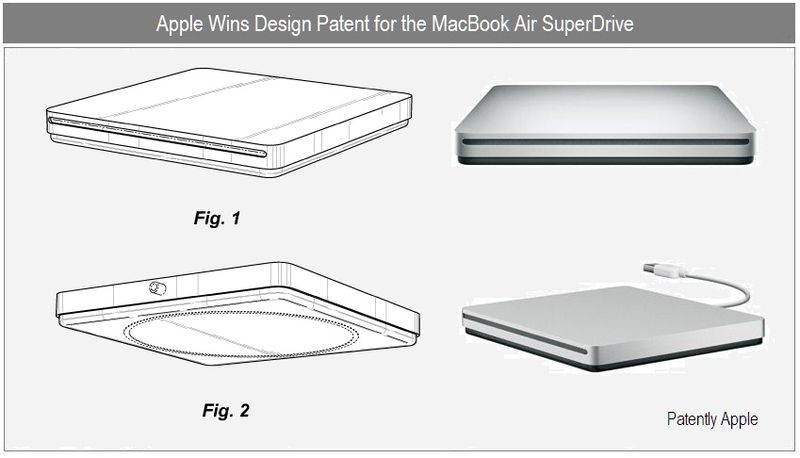 As portable devices become more compact, and the amount of information to be processed and stored increases, it has become a significant challenge to design a user interface that allows users to easily interact with the device. This is unfortunate since the user interface is the gateway through which users receive not only content but also responses to user actions or behaviors, including user attempts to access a device's features or tools. Some portable electronic devices (e.g., mobile phones) have resorted to adding more pushbuttons, increasing a density of push buttons, overloading the functions of pushbuttons, or using complex menu systems to allow a user to access, store and manipulate data. These conventional user interfaces often result in complicated key sequences and menu hierarchies that must be memorized by the user. In addition, as the number of pushbuttons has increased the proximity of neighboring buttons often makes it difficult for users to activate a desired pushbutton.

Accordingly, there is a need for more transparent and intuitive user interfaces for portable electronic devices that are easy to use, configure, and/or adapt.

Apple's patent FIG. 4 illustrates an example display for the case of four participants in a video conference. As shown in FIG. 4, the images 405-415 of the three other participants are displayed horizontally on the participant's computer display 400. 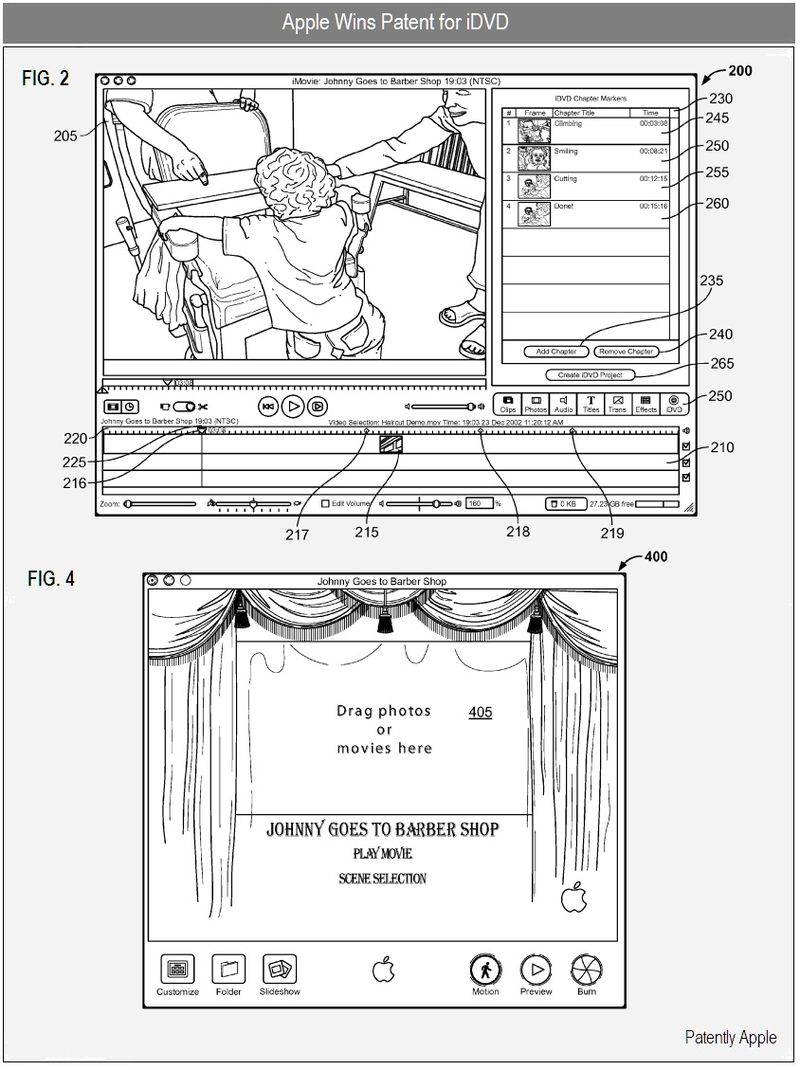 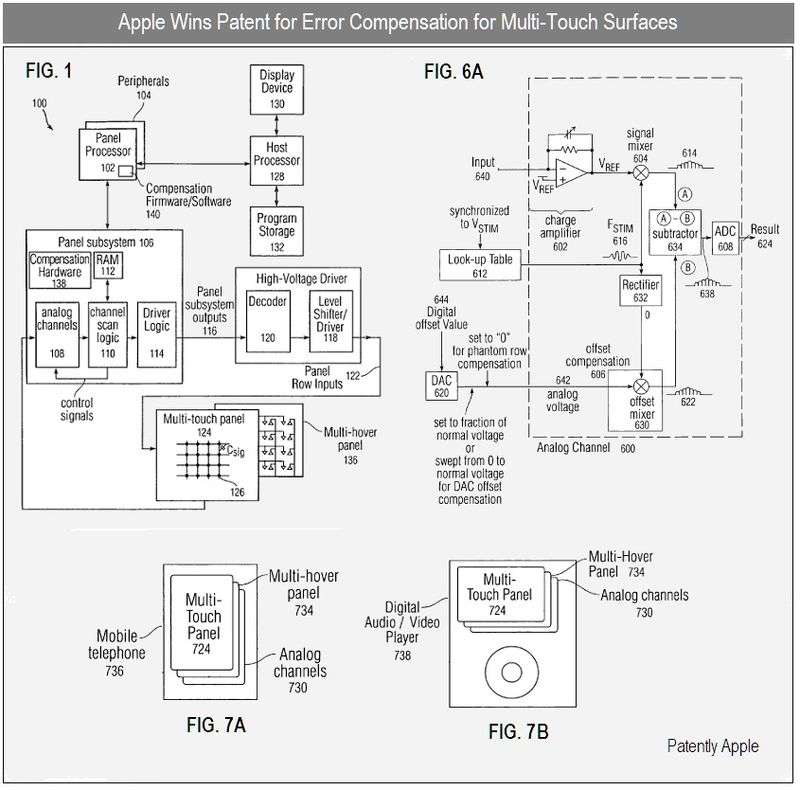 Notice: Patently Apple presents only a brief summary of patents with associated graphic(s) for journalistic news purposes as each such patent application and/or Granted Patent is revealed by the U.S. Patent & Trade Office. Readers are cautioned that the full text of any patent application and/or Issued Patent should be read in its entirety for further details. For additional information on any granted patent noted above that is not directly linked, simply feed the individual patent number(s) provided into this search engine.