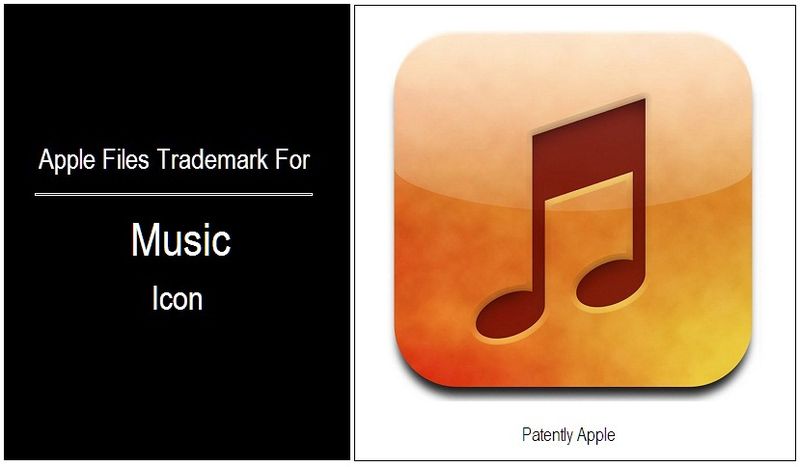 On April 28, 2010, the US Patent & Trademark Office published Apple's latest trademark application for the "Music" icon under application 85019762. Apple has filed their trademark under the single International Class 009 covering "Computer software for use in reviewing, storing, organizing, and playing pre-recorded audio content" according to the filing. 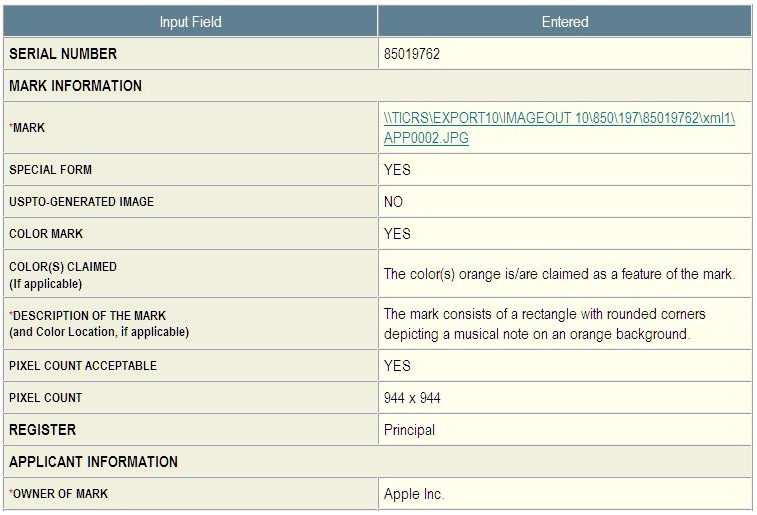 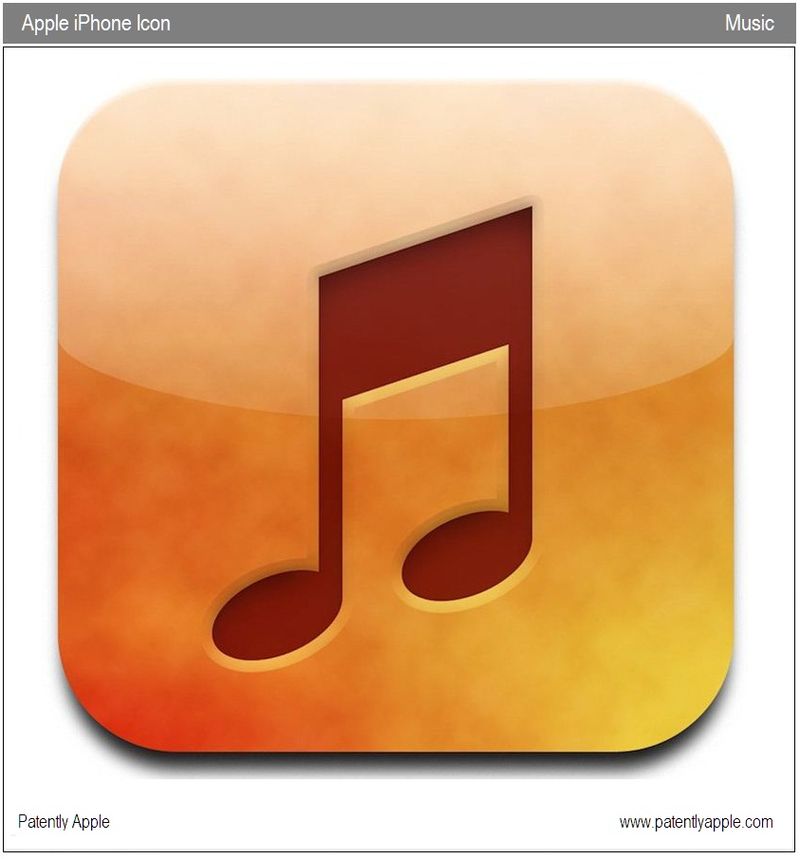 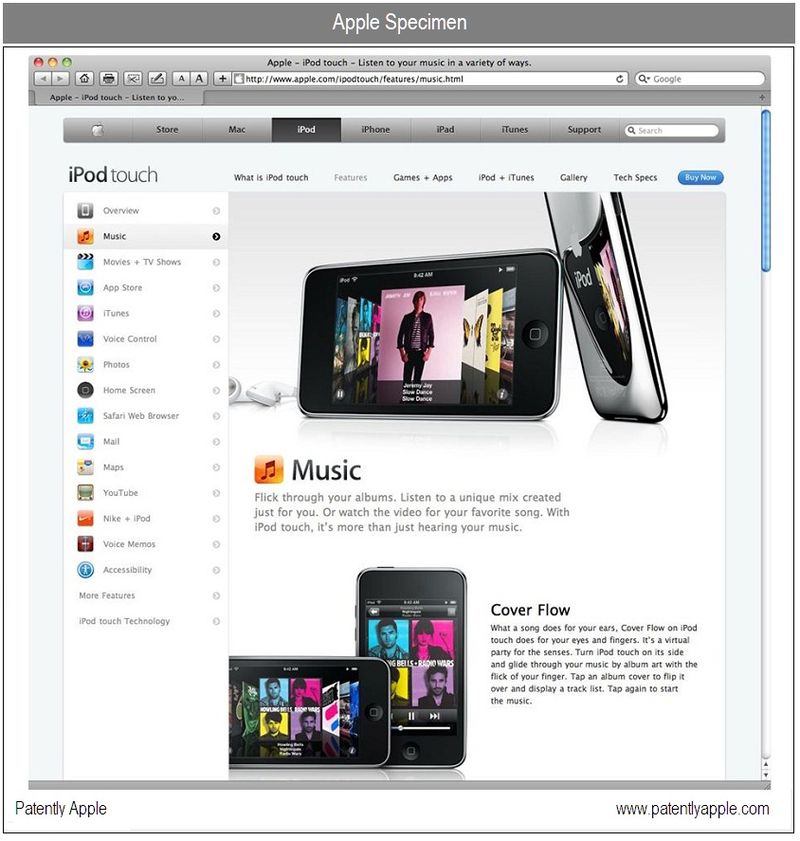 Notice:Patently Apple presents only a brief summary of new trademarks with associated graphic(s) for journalistic news purposes as each such trademark is revealed by the U.S. and/or other foreign Patent & Trademark Offices. Readers are cautioned that the full text of any patent and/or trademark applications and/or grants should be read in its entirety for further details.