iSlate: Apple Secures the Trademark. The Question is Why? 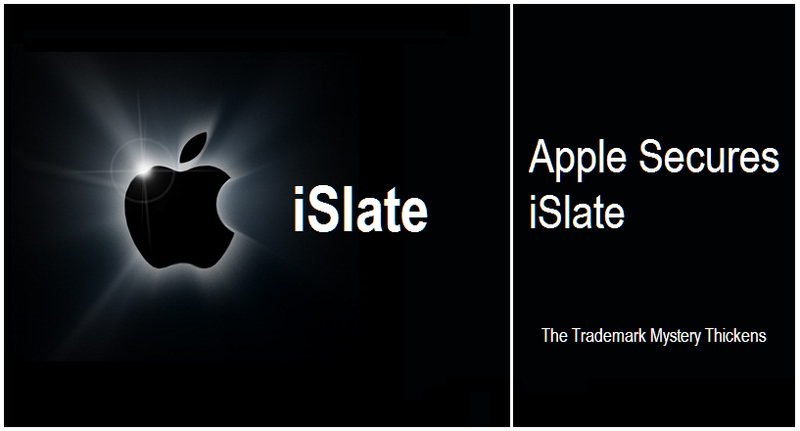 Talk about intrigue. On March 20, 2010 or about a week prior to Apple securing the iPad trademark from Fujitsu, Apple was assigned the trademark of "iSlate," according to Chinese Trade Mark Records discovered by Patently Apple. Apple's subsequent trademark application is dated March 25, 2010. Apparently Apple's trademark mystery may not be over just yet.


iSlate: An Interesting Past and Future?

In our January 26, 2010 report titled "Operation Apple: What will they Call their Tablet?" we pointed to the Canadian filing for "iSlate" and noted that Slate Computing (USA) LLC had filed for an extension of their trademark until May 21, 2010. We could now see in hindsight that the extension was quite the chess move on someone's part – be it an individual or Apple's own shell company attorneys. Was there a master plan all along to wrestle "iPad" away from Fujitsu by using  the "iSlate" trademark in-hand as a persuasive tool? We may never know the answer to that question - but it sure sounds plausible.

The iSlate trademark is noted as being filed under International Class 9. The list covers a host of unlikely product categories beyond the self evident "tablet computers" listing. Would iSlate the "computer cable" make any sense? No. How about iSlate the cool modem? Not on your life – but those are some of the choices noted below. The only product beyond a tablet computer that would make any sense whatsoever would be that of a "notebook" – and only because an Apple patent already illustrates such a combo-unit being on the drawing board. 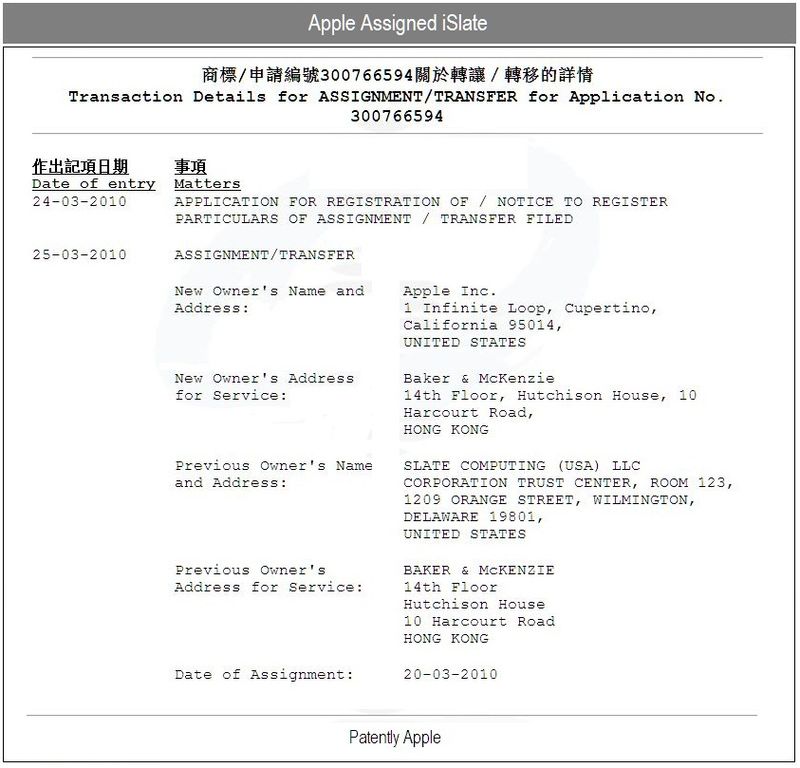 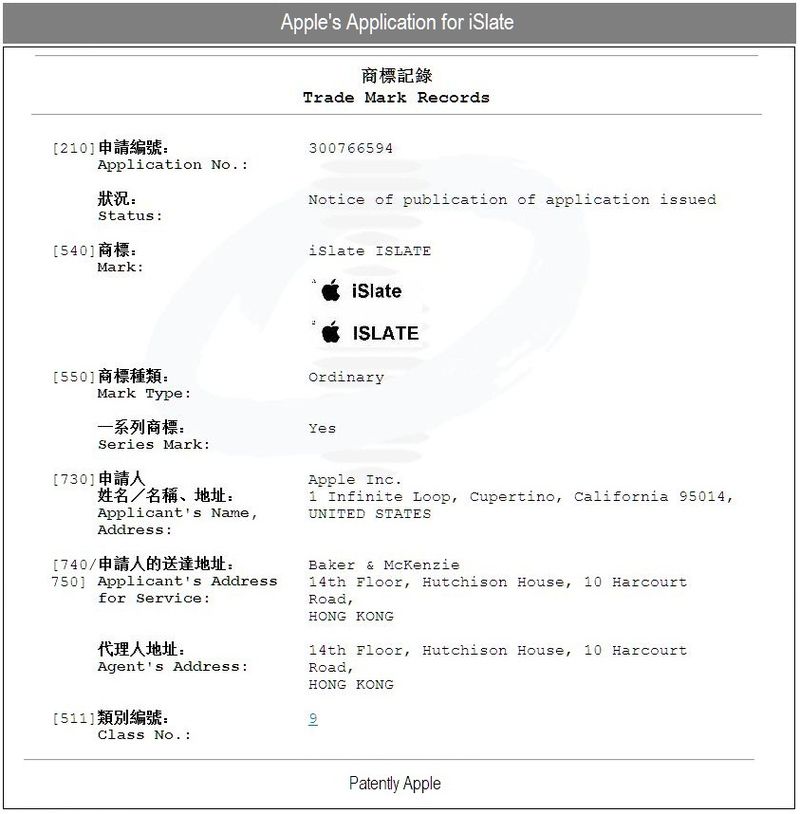 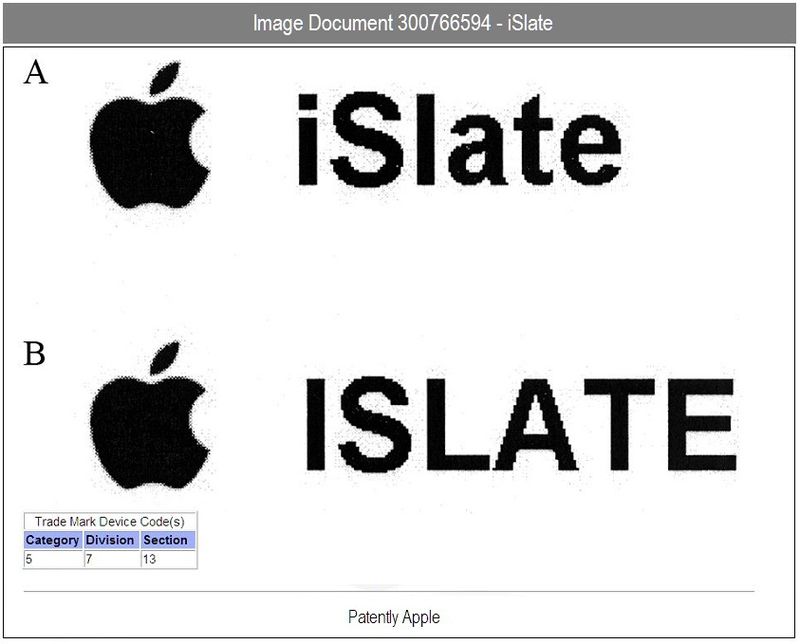 The only question remaining is, which of the two do you think to be true?

Perhaps Apple just wants to keep anyone else from using that name to keep from confusing customers or maybe is just reserving it for a possible future use.

The iSlate will be the next step in Apple's path to tablet computing in it's fullest sense.
If you look at Apple's past road map of devices implemented with touch computing then it's a sure thing that they are laying the foundations for a full blown touch computing platform, coverging oad/or consolidating the technology with that of the full Mac OS and the iPhone OS... Notice how iPhone OS development is moving much quicker with major revisions than OS X..
iPhone OS will evolve to a common name for Apple's mobile platform.

Couldn't the iSlate refer to a touchscreen computer to take the place of the iMac in the future?

Does Apple have a history of securing trademarks that it in the end doesn't use?