When discovering Apple's latest trademark filings for iBook and iBook Store in the Canadian Intellectual Property Office this week, I also stumbled upon Apple's filing pertaining to their Newton logo design trademark that appears to have been renewed or has been automatically set to renew on October 13, 2010. Hmm, considering that Apple has reinvented or repurposed their iBook trademark from that of a notebook to that which represents ebooks and an ebook store, could Apple be thinking of resurrecting or repurposing Newton for something meaningful once again? Isaac Newton described the three laws of motion, developed a theory of color and formulated an empirical law of cooling while studying the speed of sound. There's certainly a lot of technology that Apple could apply this to - in respect to a future device – to ensure that Apple's Newton goes down in history as a noteworthy success. What say you? 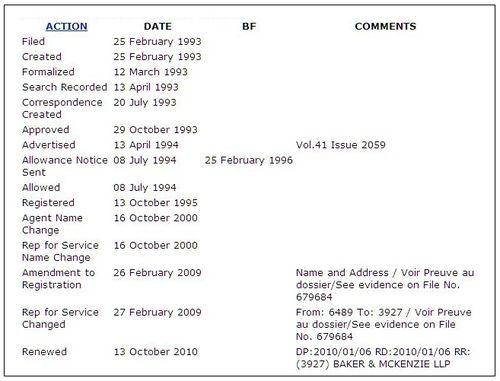 Apple's Newton trademark filing could be found under the Canadian registered trademark number TMA448795. It should also be noted that the Canadian filing has also been refreshed under Apple Inc. from Apple Computer Inc..

The actual Newton logo is represented within the first box of our report's Cover Graphic. The series of colored logos beside the original are simply playing-off of the fact that Isaac Newton formulated a theory of color and is not part of the Apple logo – nor is the box surrounding the logo of a drawn lightbulb with a stylized "N."

While on the topic of trademark renewal – it should be noted that Apple has also recently resurrected or renewed their nostalgic Think Different trademark.

I'm not sure if Apple would resurrect the Newton, but I'm sure Apple is going to take over the ebook industry like they did with the music industry.

Apple's association with the scientific genius of Isaac Newton is pretty obvious, just as was the case with the brilliant personalities used in the Think Different campaign. Apple wouldn't want to relinquish this association, even if it doesn't have a particular use for it at the moment. Also, the Newton logo was around long enough (most of the 90s) for people to associate it with Apple. It's also a cute design that could easily be reused for other things.

Imagine Apple wouldn't be too happy if it lapsed and another company started using it!

Based on Apple trying to acquire iPhone and iPad trademarks, it's not surprising that they chose to renew it. Whether or not they actually use it for something is anyones guess. It doesn't look like Jobs likes to use product names that were introduced before his return.