Fujitsu Assigns their Entire Interest in iPad to Apple 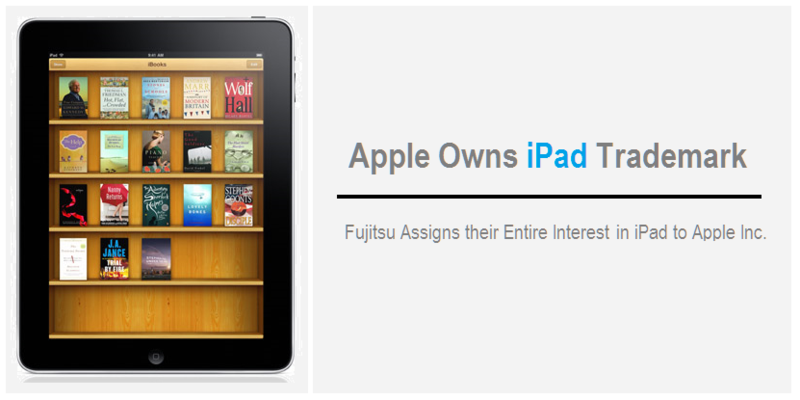 A recent document from the USPTO shows that Apple has been assigned the trademark for iPad prior to the official April 3, 2010 launch of this revolutionary product. Although Apple may have been granted the iPad trademark over time, the clock was ticking down. Apple purchased the trademark on March 17, 2010. 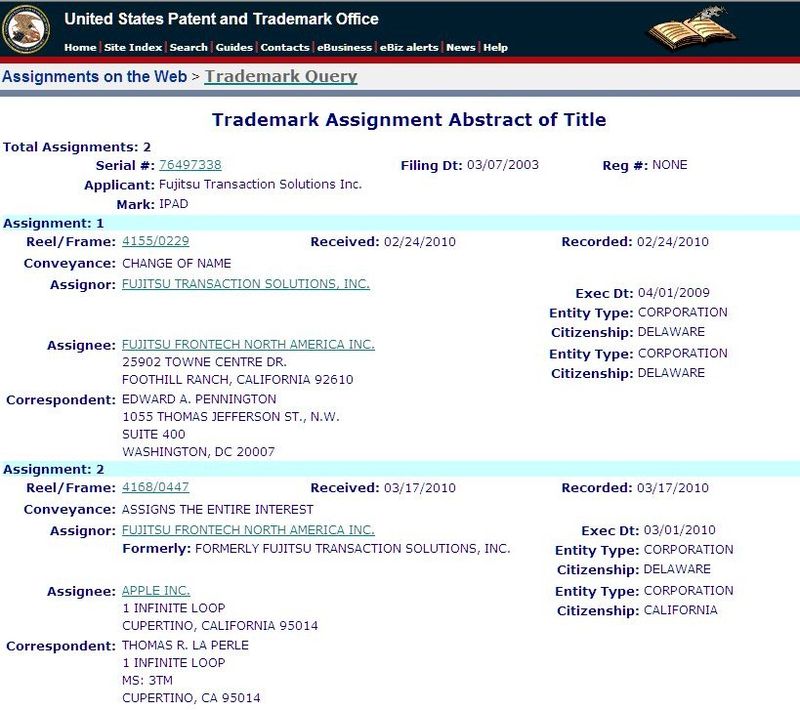 The abbreviated USPTO document shown above could be seen here in full.

There was an excellent chance that Apple could have been assigned the iPad trademark being that USPTO's trademark filing transactions from Fujitsu Transaction Solutions Inc was shown to be under notice for Abandonment as shown below. Fujitsu Transactions Solutions narrowly described the "iPad" as being a "Hand-Held Computing Device for Wireless Networking in a retail environment." In a world of incredibly sophisticated mobile devices, the description provided for by the Fujitsu division was likely grounds for this patent to be officially lost. 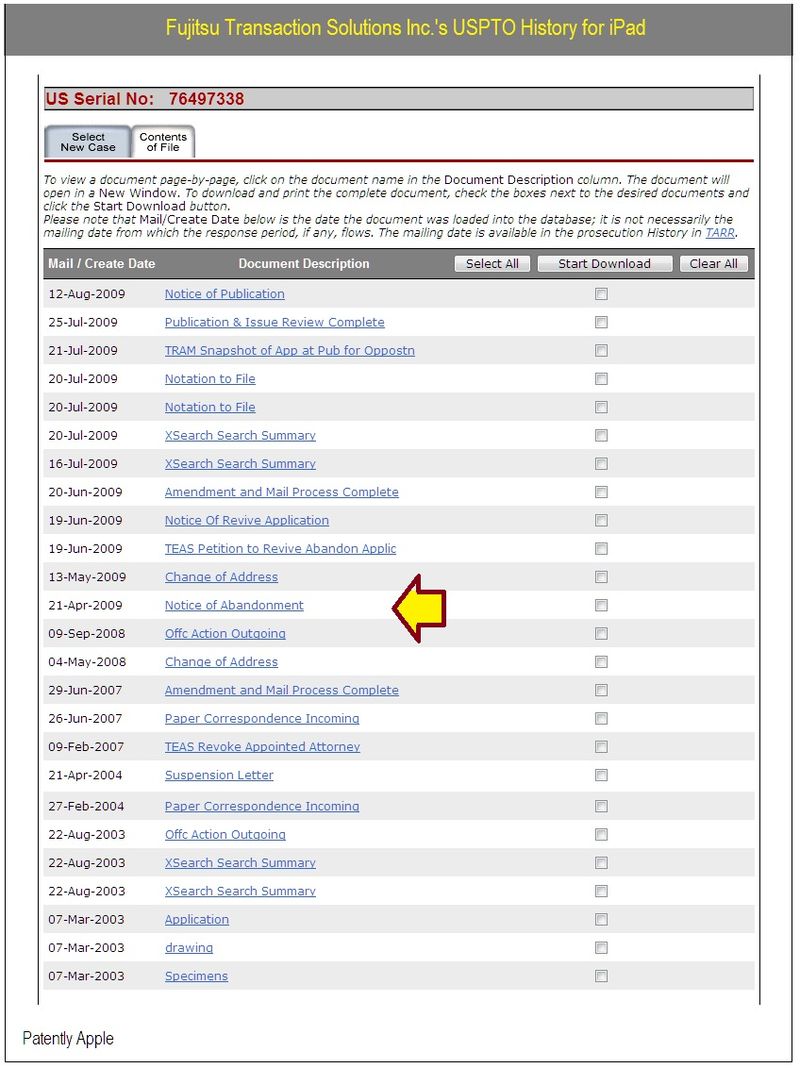 Yet at the end of the day the clock was ticking down to Apple's iPad Launch and Apple had to blink and purchase the trademark.

Related Material: Apple's Unofficial Trademark Filing for iPad and Operation Apple: What will they Call their Tablet?


Source: MacSurfer's own direct link to the USPTO trademark on March 27, 2010.