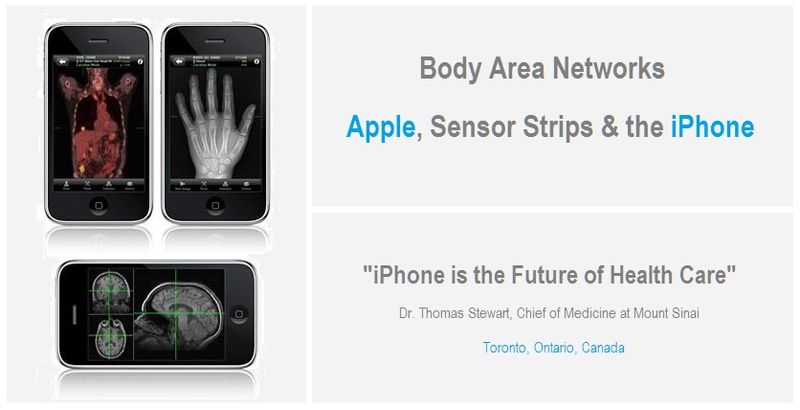 Eric Topol is a leading cardiologist who has embraced the study of genomics and the latest advances in technology to treat chronic disease. In one of his recent presentations, Dr. Topol points to the iPhone's growing importance and connection to the next wave of medical technology relating to the "Body Area Network." One of the key components of this new dimension in medical technology is that of the sensor strip, an invention that Apple gained a granted patent for only four months ago. This focused report takes a peek at Dr. Topol's presentation in respect to Apple's patent and at how other medical facilities are adopting the iPhone as a crucial tool for their Cardiologists and Neurosurgeons on the go. According to the leading Chief of Medicine at Toronto's Mount Sinai hospital – "The iPhone is the Future of Health Care." With Apple's newly granted patent now in place – that statement may very well prove true.

Who is Dr. Topol?

As director of the Scripps Translational Science Institute in La Jolla, California, Eric Topol uses the study of genomics to propel game-changing medical research. The Institute combines clinical investigation with scientific theory, training physicians and scientists for research-based careers. He also serves on the board of the West Wireless Health Institute, discovering how wireless technology can change the future of health care.

In his early career, Topol was credited with leading the cardiovascular program at Cleveland Clinic to the topmost position in the US. He also was the first physician researcher to raise questions about the safety of Vioxx, has been elected to the Institute of Medicine of the National Academy of Sciences and was named Doctor of the Decade by the Institute for Scientific Information. 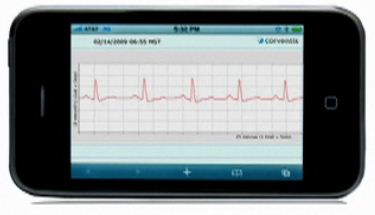 Very early into his TED presentation, Dr. Eric Topol began by stating: "This is an electrocardiogram. And, as a cardiologist, to think that you could see in real time a patient, an individual, anywhere in the world on your smartphone, watching your rhythm, that's incredible. And it's with us today.

But that's just the beginning. You check your email while you're sitting here. In the future you're going to be checking all of your vital signs, all of your signs, your heart rhythm, your blood pressure, your oxygen, your temperature, etc. This is available today."

Dr. Topol pointed to several new tools being made available to doctors from companies like AirStrip Technologies which utilize the iPhone, to G.E. who just released their own hand held Ultrasound device a month ago (though Dr. Topol's slide actually states that it was released on October 20, 2009). 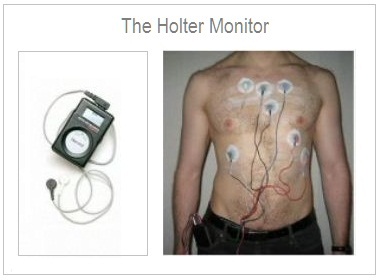 The most important part of Dr. Topol's presentation began with him stating "Now this is another obsolete technology, soon to be buried: "The Holter Monitor. Twenty-four hour recording, lots of wires. This is now a little tiny patch. You can put it on for two weeks and send it in by mail.

Now how does it work? Well, there are these small band-aids or these sensors that one would put on, on a shoe or on the wrist. And this sends a signal. It creates a Body Area Network to a gateway (shown as an iPhone on the slide). The gateway could be a smartphone or it could be a dedicated gateway. That signal goes to the web, the cloud, and then it can be processed and sent anywhere, or a caregiver, to a physician, back to the patient, etc. So, that's basics of the technology and how it works.

Introducing this type of technology into the hospital system could save a huge part of the 37 billion it costs today to monitor patients with heart failure in the hospital whereas these new devices could have the patient monitored at home without that cost being incurred. That's the theory - and the trial begins this year states Dr. Topol.

A word about the Body Area Network: Dr. Topol points to the Nike + iPod program wherein the sensor in the shoe creates a Body Area Network. Hmm, you learn something every day – and in fact it's what struck me when I saw this segment of Dr. Topol's presentation in terms of it directly or indirectly relating to one of Apple's 2009 patents.

In Apple's granted patent 7,552,031 we learned of the term "Personal Items Network" which is similar to what Dr. Topol referred to as the "Body Area Network." The central focus of Apple's patent is in fact the advanced sensor strip that is shown below juxtaposed to the one that was featured in Dr. Topol's presentation. Our patent report stated that "One of the key applications of this patent is that of a heart rate monitor strip. The wireless strip worn by the patient could notify medical staff that the patient is going into cardiac arrest."

Apple's patent covers a wide range of health and sport related applications including the ability to monitor boxing, kick boxing or Judo style events using the sensor strip under the glove of a boxer and having the generated information, in terms of punch velocity and impact, made public via your television or via Apple TV. Suffice to say that Apple's patent noted above is going to play a huge role in the medical field in the years ahead and more importantly – play a huge role in saving lives – in addition to keeping medical costs under control as was detailed in Dr. Topol's presentation which is presented below. 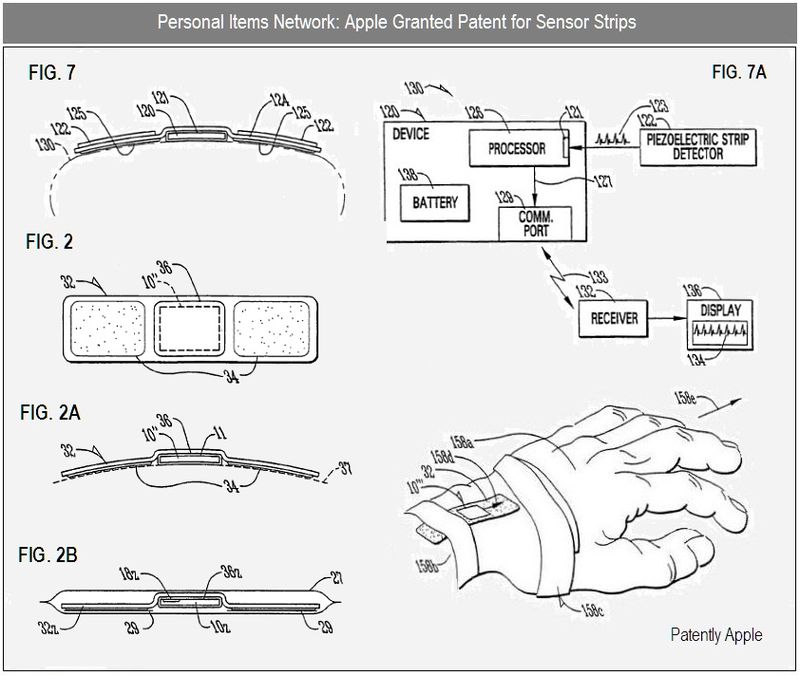 For more information on Dr. Topol's TED presentation, click here. (Note: The Body Area Network and illustration of the sensor strip is presented between the 3:33 and 4:18 mark of this video.)

The iPhone: The Future of Health Care

Two giant medical facilities, namely Memorial Hermann Healthcare System out of Houston Texas and Mount Sinai out of Toronto Canada are using Apple's iPhone as a premium anytime, anywhere computing platform along with crucial medical apps like Airstrip. The noted links provided for you above - will lead to two very extensive Business Feature Profiles demonstrating how the revolutionary iPhone is making a difference in the medical field today.

One of the hospitals that aren't featured by Apple yet, is notably the Foothills Medical Center - Stroke Unit, in Calgary, Alberta, Canada. Below you'll find two featured presentations. One is titled "ResMD Mobile" and the other is titled "This is your brain on an iPhone." Both clearly demonstrate how the iPhone is absolutely becoming the leading mobile platform for medical institutions in North America. They also clearly show how high-res imaging is becoming a life saver.

According to Dr. Michael Hill, Director of Stroke Unit, Foothills Medical Center, "Mobility is important and speed is really important. I think that there are two sorts of issues. One is being able to make a diagnosis quickly on a patient in front of me in real time looking at a scan. Another helpful feature is teaching. So you could actually take your iPhone bedside and show the patient: Here's your stroke; here's what it looks like; this is what happened to you. Those are really two key features of the technology that will enhance our practice."

The presentation will also provide you with a look at a fully interactive touch based 3D modeling feature that is able to show a patient's condition in real time which is crucial to "Any discipline where you need diagnostic imaging technology rapidly that's going to make a difference. So, stroke is a natural," states Dr. Hill.

Video Two: This is your brain on an iPhone

You could also find a third video called "ResolutionMD for iPhone"here, if you're interested in this software.

Understanding the importance of these crucial scans, specifically in cardiology and neurology, we can appreciate that the imaging has to be crisp and brilliant. This sheds light and brings life to yet another one of Apple's patents which the USPTO published last week dealing with "Image Capture using Separate Luminance and Chrominance Sensors" (patent 20100073499, March 25, 2010, originally filed in Q3 2008).

According to Apple's engineers, "The human eye is comprised of rods and cones, where the rods sense luminance and the cones sense color. The density of rods is higher than the density of cones in most parts of the eye. Consequently, the luminance portion of a color image has a greater influence on overall color image quality than the chrominance portion. Therefore, an image sensing device that emphasizes luminance over chrominance is desirable because it mimics the operation of the human eye."

While Apple may on one hand be using Chrominance sensors for such things as reducing blur in video and still photos, the fact remains that the history behind Chrominance points to its use in color television and even a color television camera system. Apple could be slowly introducing this technology into their hardware to enhance our viewing experience of iTunes Store based movies and television shows. But I also think that there's another role for this technology in respect to this special report.

I believe that Apple is bringing this incredible chrominance technology to the iPhone so that it will provide Cardiologists and Neurologists with the most accurate detailing of scans and/or 3D visualizations available so as to assist the physician's real time life saving decision process.

At the end of the day, it was Dr. Topol's presentation at TED that brought the importance of Apple's iPhone into the spotlight in respect to Body Area Networks. It is in this same presentation where we first discover the exciting news about high-tech sensor strip technology in respect to Body Area Network systems. Yet more importantly, we now know that Apple is one of the patent holders of this key technology. So what might have begun as a simplistic Nike + iPod initiative – now appears ready to take on a major market: Health Care.

In every scenario that was presented above, the iPhone was the primary tool for physicians to view many types of applications and view scans and so forth. And yet on the eve of the iPad's launch, it must be said that the iPad will make similar gains in the medical field. Being able to view complex scans and 3D visualizations will only be enhanced on the iPad that inherently offers superior imaging viewing via IPS technology that will only improve over time with the inclusion of Chrominance technology.

The Mac community is also aware that Apple has filed for a laser pen patent which could further assist physicians by allowing them to sign legal consent or release forms on demand in addition to enabling them to perhaps manipulate some scans with a greater degree of accuracy.

For now, it clearly appears that Apple has found a new market niche to serve – and one that just happens to be one of the most important fields of our generation: Health Care.

Once again, I think that we could all tip our hats to the Crazy One's in Cupertino and simply say - Well Done!

More on Calgary Scientific + PDF of "Defining the Zero-Footprint Client."

Other Medical Applications of Interest: Epocrates, MS Technology and Modality.

Interesting to see that Apple hasn't really pushed an update to Nike+ or it's sporting aspects - could Apple introduce this in parallel with iTunes X / new iPods? As a sporting person who's done some work in the science field - day to day the concept of linking up Heart Rate Monitors (HRM) would be beneficial on a sporting level, as much as a scientific/medical level. Seeing as Apple has already shown that they enjoy promoting scientific/medical apps and hardware, WWDC 2010 may well involve some of the above. It's worthwhile noting that some of the medical hardware demoed, hasn't yet been released to my knowledge. Has Apple held back on some medical/sporting angles? (Apart from the patent disputes with Nike+ previously).

Apple could open up a metric shedload of new hardware sensors to link the iPhone,Touch,iPad,Mac to, if/when it wants to. Sorting out something other than ANT+ might help for the sporting side.