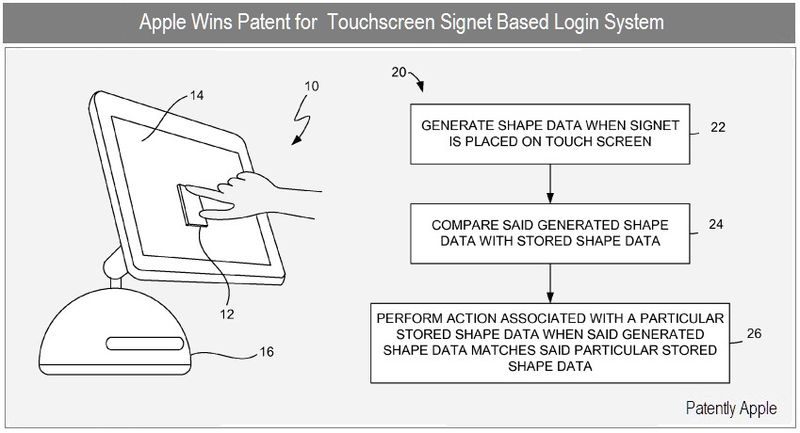 The US Patent and Trademark Office officially published a series of 7 newly granted patents for Apple Inc. today. One of these patents deserves to stand out all by itself: A patent that points to signet based login system for an iMac with a touchscreen. Some have called it the iKey patent.


Apple has been granted patent 7,683,888 for "Shape detecting input device." This patent was recently covered in great detail in our February 25, 2010 report titled "You Might Need a Secret Decoder Ring to Log on to Future Macs" – and should be reviewed once again for the particulars that it covers.

While some in the community had decided to only focus their attention on the "iKey" aspect of this patent - which dealt with the technology behind opening the door of your future home or car – the significant part of the patent was really about it being a piece of the puzzle in Apple's move toward introducing an iMac Touch: A product that has been rumored to be on Apple's roadmap for Q4 2010.

Apple's first patent on the subject of an iMac Touch surfaced in July 2008 and focused on the types of applications that would run it - like a cool DJ dual turn table app.

Apple's next unique patent on this subject discussed how a simulated iPhone would run on a multi-touch iMac or workstation. Although the patent was supposedly to assist developers design iPhone apps and test them directly on an iMac touch – no company in the world would introduce a sophisticated computer to offer a simulated iPhone for such a limited market of developers.

Of course a simulated iPhone application would be a major draw to Apple's version of a touchscreen consumer desktop to compete with those now on the market from the likes of HP and Sony. The simulated iPhone would replace my office phone and get me and others used to using an iPhone so that when we get one, we'll have our address book set up and our icons in place and so forth. I don't know about you, but I think such an app would be pure genius. Only time will tell. 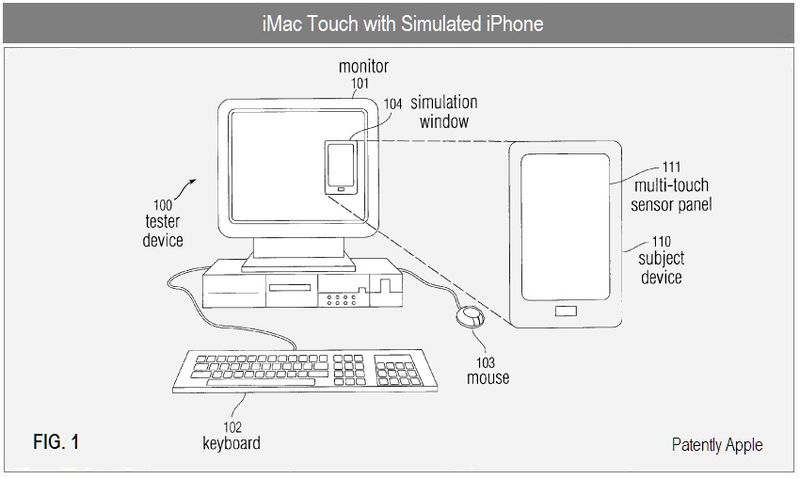 The case is certainly building for an iMac Touch and this granted patent is a major move to protecting Apple's associated technology. Apple credits Peter Kennedy as the sole inventor of this patent.

Apple has also been granted patent 7,684,185 for "Integrated Monitor and Docking Station" today, which was first covered in our January 2008 report and later discussed in our January 2010 report in relation to a possible link to a future iPad and/or MacBook. 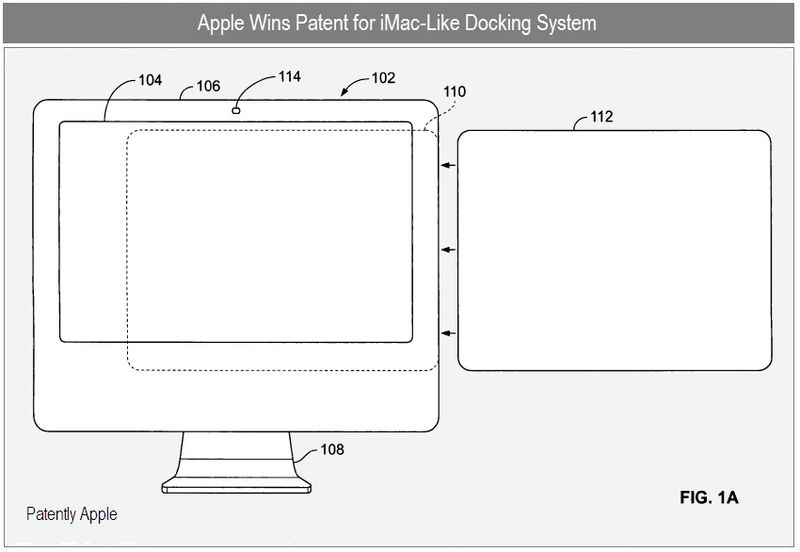 One of the points that could actually be in sync with our first granted patent noted above is that that Claim 11 of this granted patent states that that the docking station could "house one or more of the following: a camera, a speaker, a microphone, a storage device, a memory card reader, a telephonic handset, a battery charger, and a remote control signal receiver."

Hmm, would that also cover a "simulated iPhone" by any chance?


Notice: Patently Apple presents only a brief summary of patents with associated graphic(s) for journalistic news purposes as each such patent application and/or Granted Patent is revealed by the U.S. Patent & Trade Office. Readers are cautioned that the full text of any patent application and/or Issued Patent should be read in its entirety for further details. For additional information on any granted patent noted above that doesn't present you with a direct link, simply feed the individual patent number(s) into this search engine.