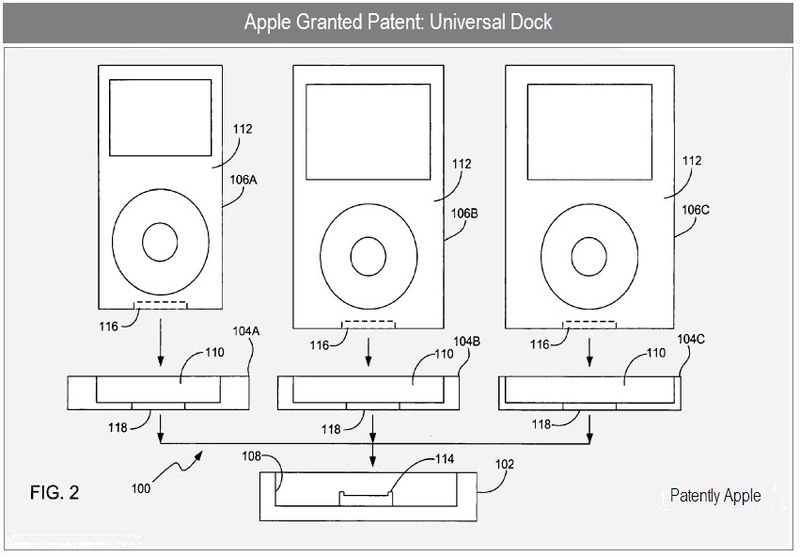 The US Patent and Trademark Office officially published a series of 6 newly granted patents for Apple Inc. today which includes a patent for their Universal Dock along with 3 industrial designs covering the MacBook Air, iPod Shuffle and USB Power Adapter. Additionally, two documents confirm that Apple has abandoned their Time Tunnel trademark - which shouldn't have any material effect on their product Time Machine.

According to both US and Canadian Trademark Offices, Apple's Time Tunnel trademark has been officially abandoned. The trademark was abandoned in Canada on January 13, 2010 as is illustrated below - while the USPTO Notice of Abandonment was issued to Apple in mid 2009.

This shouldn't have any material effect on Apple's Time Machine – unless of course they deem it another "Hobby" of theirs - which is Apple-speak for failure.

Apple has been granted three industrial design wins on this date for their USB Power Adapter, the iPod Shuffle and MacBook Air. 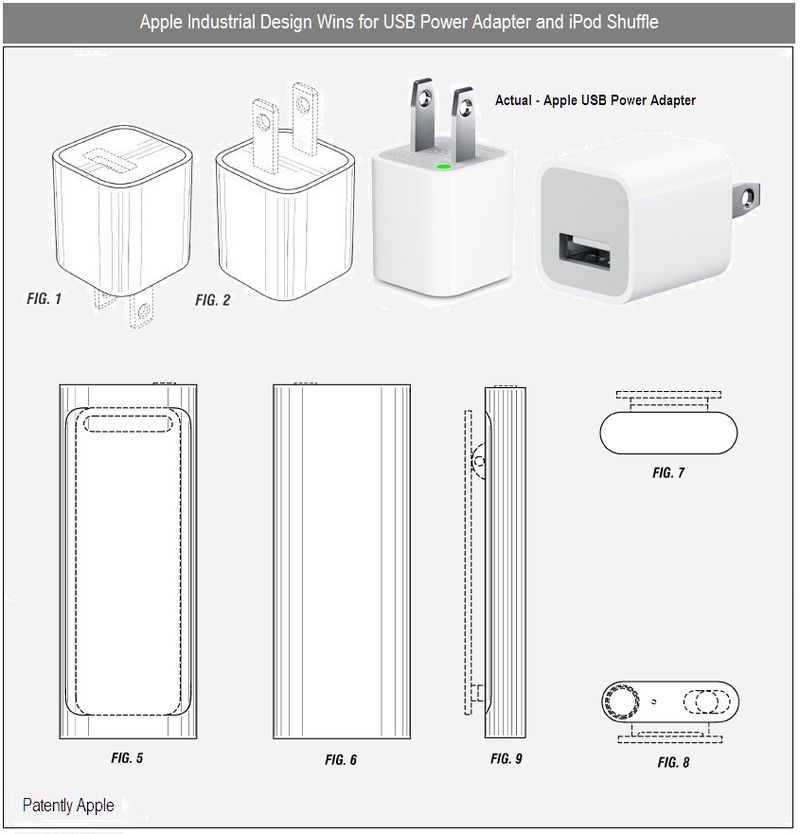 The MacBook Air, not shown, was recently highlighted in our March 2, 2010 granted patent report. 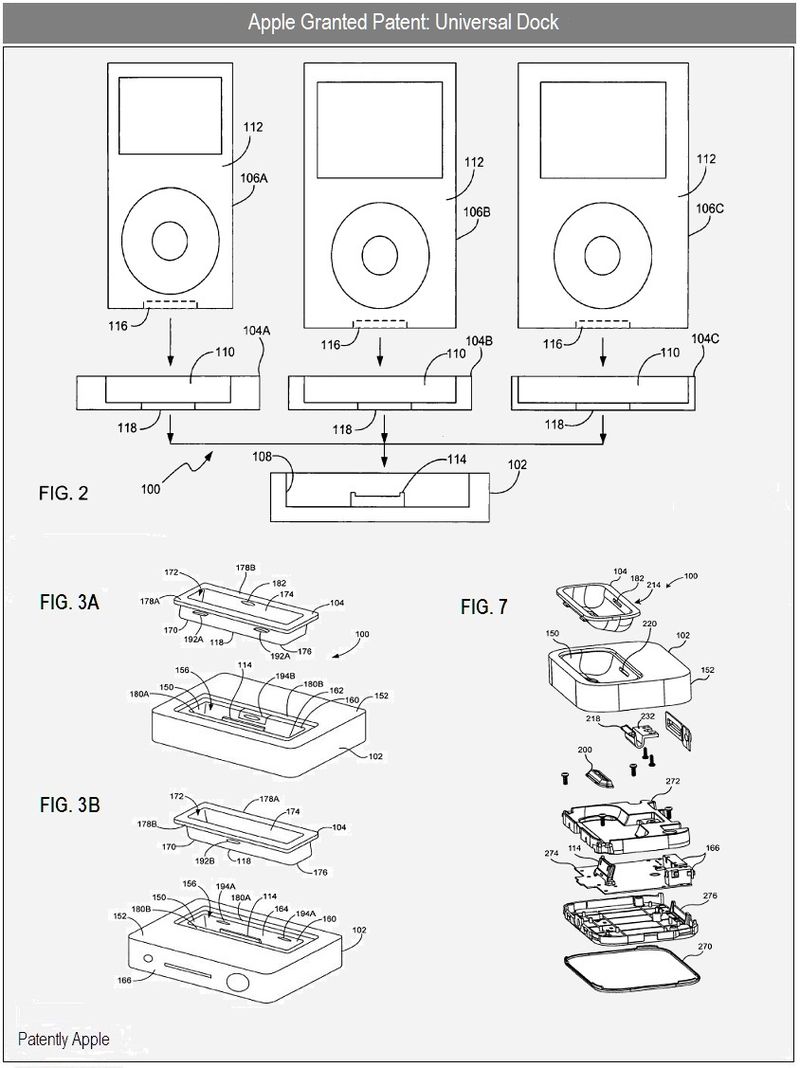 Apple credits Wim Crooijmans, Richard Howarth and Phillip Hobson for granted patent 7,675,746, originally filed in August 2008. It should be noted that various associated documents and other patents relating to the Universal Dock are presented in this patent which predate this granted patent. 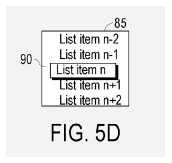 Dynamic Control of List Navigation Based on List Item Properties: Apple's invention generally relates to information display and more particularly to scrolling through items on a list such as a list of media assets. One little thing that caught my eye was a 3-D list Apple is considering: Apple's patent FIG. 5D shows the case where frictional item 90 is differentiated from its neighbors by providing a 3-D aspect to the item. Possible 3-D aspects can include, but are not limited to, one or more of lift-off, or drop shadow. For the particular example shown in FIG. 5D, the frictional item is drawn as lifted off the plane of the drawing and provided with a drop shadow.