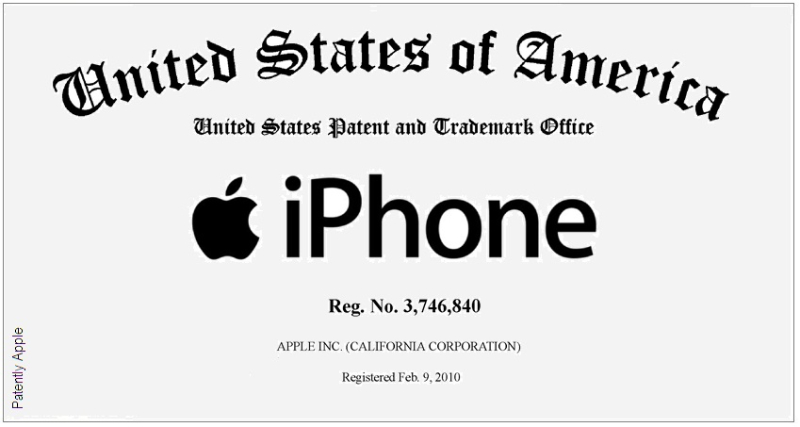 After years of jostling and wrangling in the press that Cisco and Canadian firm Comwave owned the iPhone trademark and therefore Apple would never prevail, the word from the USPTO is official: iPhone is a registered trademark of Apple Inc. – officially as of Feb 09, 2010. The registration covers the Apple graphic and brand name "iPhone" under number 3,746,840 covering International Classes 9, 28 and 38 which are presented in this report for clarification. Apple's next trademark battlefront will be focused on iPad, unveiled on January 27, 2010 – The very same day that Apple officially filed for two iPad design trademarks. Apple's case for the iPad trademark may be stronger than most think. 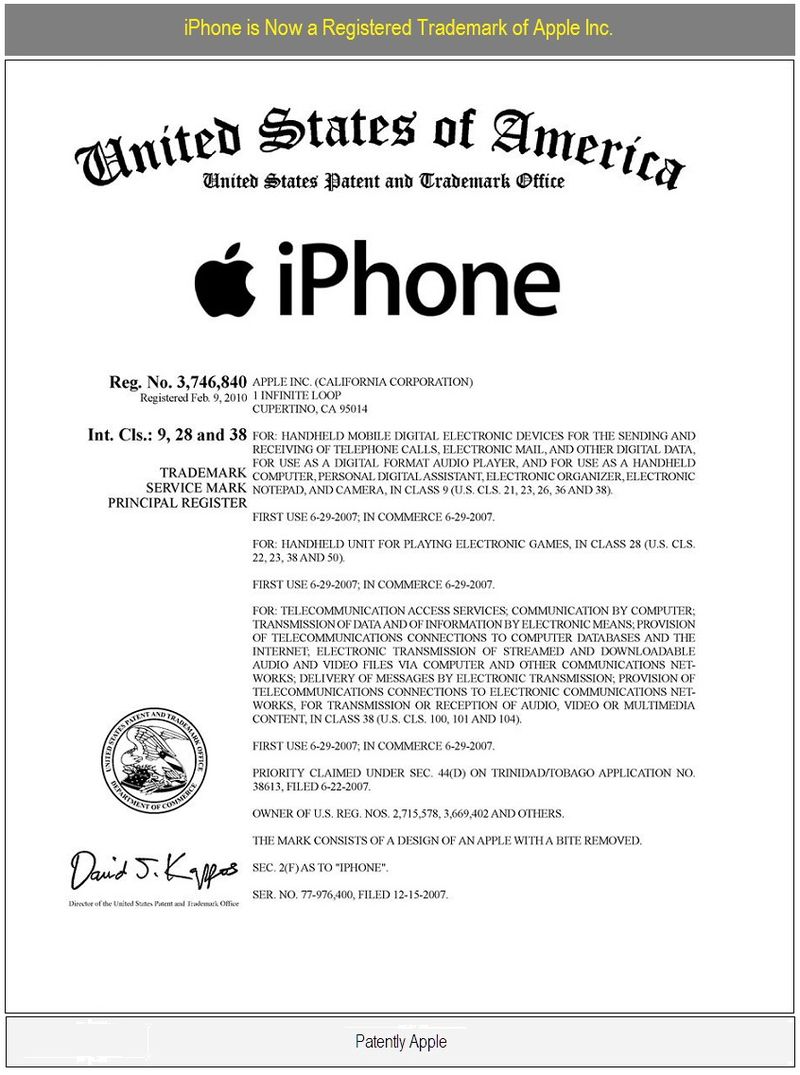 Hello
I think now it is a good news for iPhone that is a registered trademark of Apple Inc.Now its turn for iPad..Thank you very much for giving such a good information.