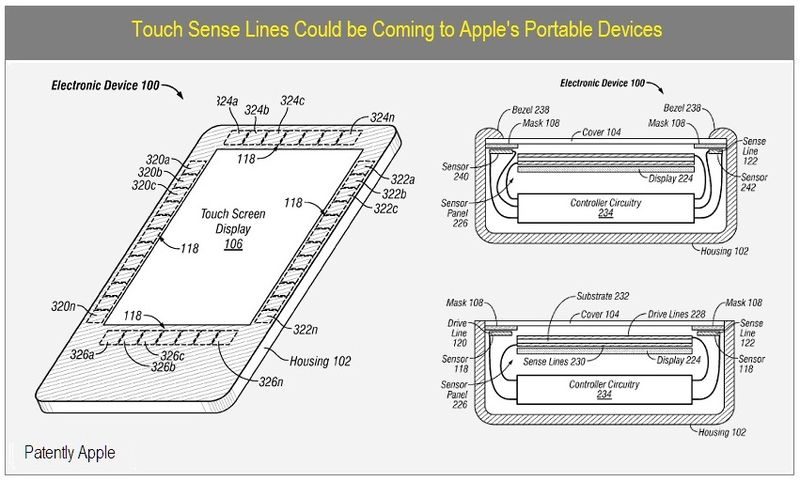 On Tuesday, a very insightful granted patent of Apple's came to light describing an intelligent bezel. Today, that very same theme continues and goes much further this time around to include what Apple describes as intelligent "sense lines." Sense lines could surround the display of a media player unseen under the multi-touch display glass as an alternative to a physical bezel which was described in Tuesday's granted patent in context with a tablet.  In covering Tuesday's patent report, Paul Boutin of VentureBeat wondered if Apple's technology would apply to an iPhone. "The clickwheel makes the iPod simple and relaxing to use, rather than fumbling through menus and pressing buttons. I can operate an iPod while jogging. Wish I could say that for my iPhone." Well, apparently Apple is thinking of doing just that. Though instead of using a virtual click wheel, Apple is proposing touch based sense lines that could control the devices functions like sound or any other menu items that you would traditionally find on a click wheel based menu system. The difference is that you'd be able to find your most valued menu items without scrolling and in one lightning quick click.

Apple's patent relates to devices, which are noted as being media players, mobile phones, tablets and even notebooks, having one or more sensors located outside a viewing area of a touch screen display. These sensors located behind the mask can be separate from a touch sensor panel used to detect objects on or near the touch screen display, and can be used to enhance or provide additional functionality to the device. Apple refers to these additional functions as "functional components." 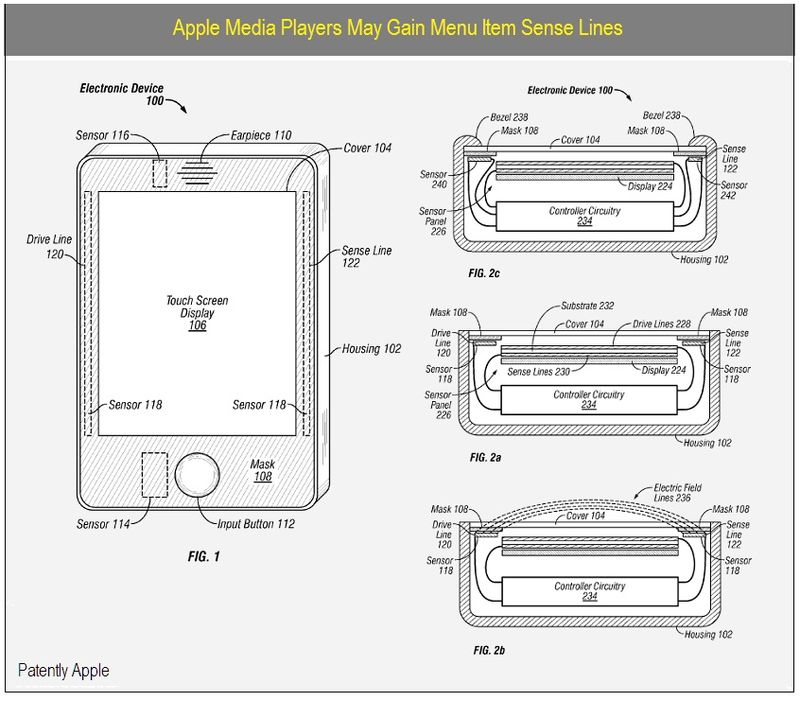 Apple's patent FIG. 1 is a perspective of an electronic device having a touch screen display and a plurality of sensors located outside a viewing area of the device according to embodiments of the invention. FIGS. 2a, 2b and 2c show us cross-sectional view of a media device that illustrate electrical field lines extending across the touch display and sensors located behind a bezel of the device.

Apple's patent FIG. 3 illustrates an exemplary configuration of electronic device 100 having a plurality of drive nodes and sense nodes located outside the viewing area of the display – as shown as tiny boxes surrounding the viewable display area. 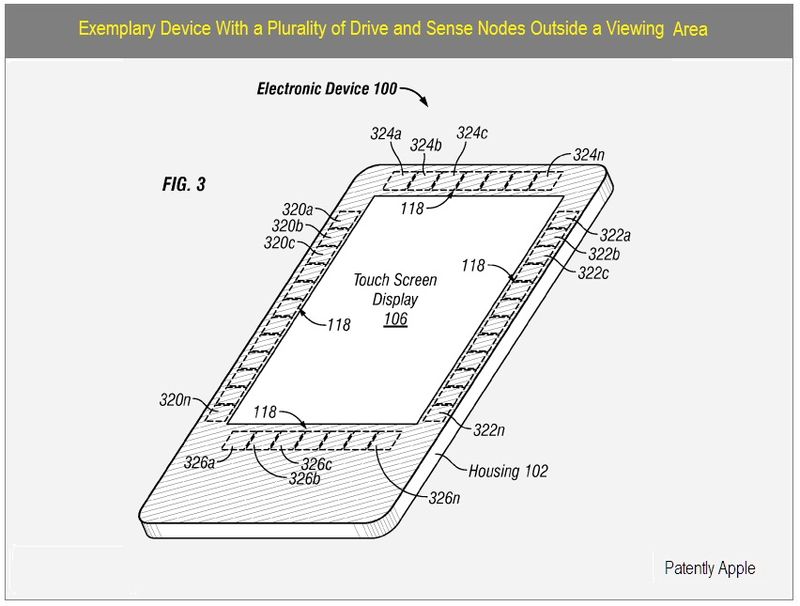 Hovering Events: although only the actual touch of an object upon the touch screen display 106 can be detected by touch sensor panel 226 (see FIG. 2a above), the mere hovering of an object above the surface can be detected by sensor 118. The detection of a hovering object can enable the device to perform certain functions that are preferentially triggered by hovering as opposed to touch. Detection of a hovering object can be referred to herein as a "hover event."