Apple Racks Up another Major Multi-Touch Patent for the iPad

The US Patent and Trademark Office officially published a series of 7 newly granted patents and 5 design related patents for Apple Inc. today. The two notables within this group include one relating to Apple's iChat feature known as "Take Video Snapshot," and the other relating to a major granted patent for a multipoint screen. That patent is specifically focused on a larger two handed Tablet or as the patent defines as a Tablet PC. It almost appears that Apple held back their tablet, known as the iPad, until certain key patents came to light. Apple's IPS patent came to light on January 7 and was highlighted in our special report titled Apple's iPad: Welcome to the Revolution – and on January 26, Apple was granted a major multi-touch tablet patent covering such things as a larger virtual keyboard which debuted on the iPad in connection with their word processor called "Pages" and Apple's Mail. Todays granted patent represents Apple's third patent in this quarter thus far – and further protects Apple's multi-touch technologies against challengers and would-be competitors such as Google.

Apple's patent first notes that previous forms of Tablet PC's had a major problem or flaw in their design in that lacked the ability to track multiple points of contact simultaneously. Apple's granted patent finds a solution to this problem. It's about touch panel's having a transparent capacitive sensing medium configured to detect multiple touches or near touches that occur at the same time and at distinct locations in the plane of the touch panel and to produce distinct signals representative of the location of the touches on the plane of the touch panel for each of the multiple touches. 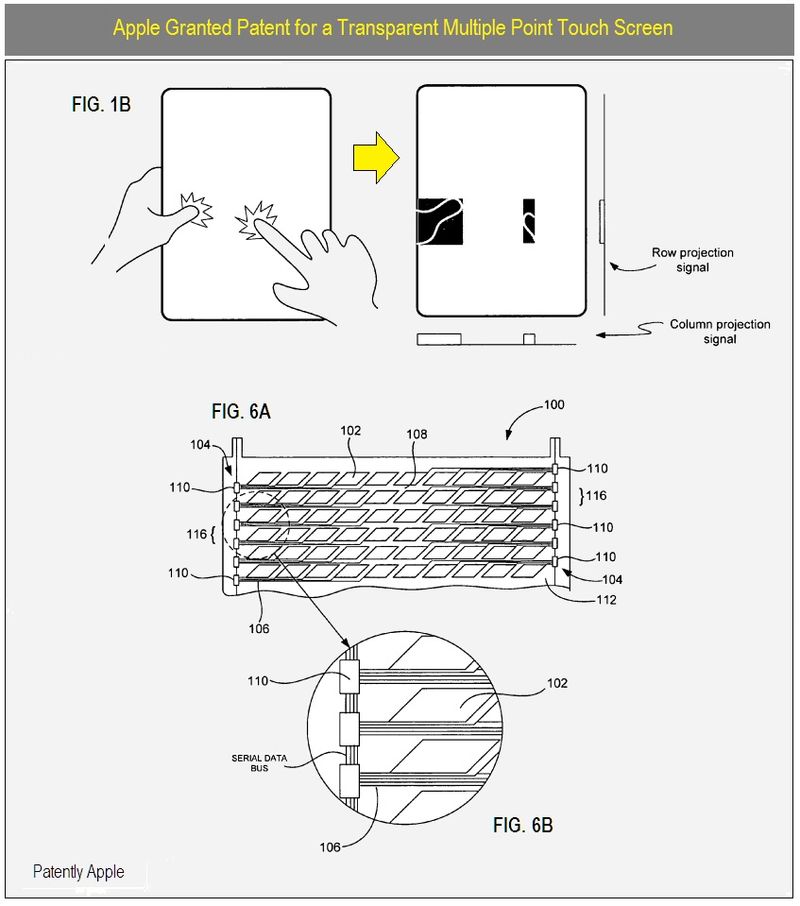 Apple's patent FIG. 6 is a partial top view of a transparent multiple point touch screen 100. The multipoint touch screen is capable of sensing the position and the pressure of multiple objects at the same time. This particular touch screen is based on self capacitance and thus it includes a plurality of transparent capacitive sensing electrodes 102, which each represent different coordinates in the plane of the touch screen. The electrodes are configured to receive capacitive input from one or more objects touching the touch screen in the vicinity of the electrodes. When an object is proximate an electrode, the object steals charge thereby affecting the capacitance at the electrode. The electrodes are connected to a capacitive sensing circuit 104 through traces 106 that are positioned in the gaps 108 found between the spaced apart electrodes. The electrodes are spaced apart in order to electrically isolate them from each other as well as to provide a space for separately routing the sense traces. The gap is preferably made small so as to maximize the sensing area and to minimize optical differences between the space and the transparent electrodes. 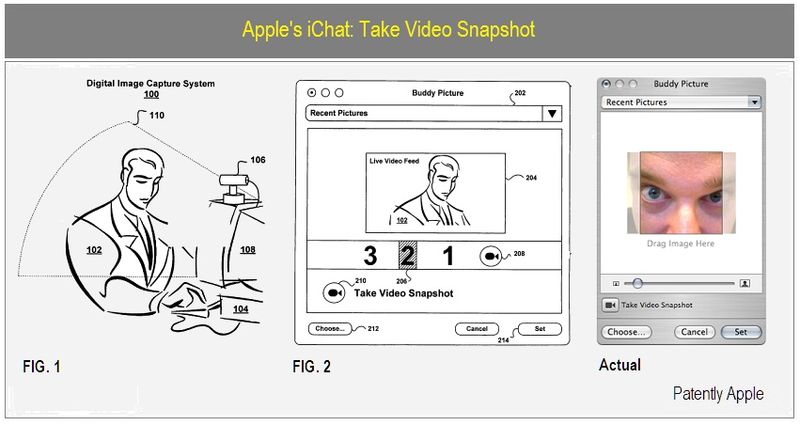 Computer System Integrating Different Data Types into a Single Environment: The present invention relates to the field of manipulating information in a computer system. Specifically, the present invention relates to the manipulation of different types of data such as alphanumeric text, graphics, or other forms of information visibly displayed within a single document on an output device of a computer system. For more information on granted patent 7,665,017, view this temporary link.