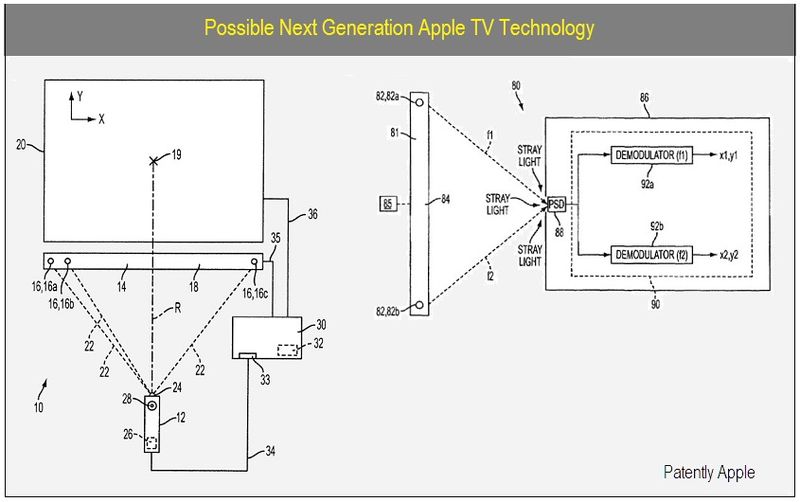 The US Patent and Trademark Office officially published a series of seven newly granted patents for Apple Inc. today. The most notable patent covered in this report relates to possible next generation technology that Apple could employ in either in their Apple TV console or an HDTV unit itself - over time. Other patents granted to Apple today includes one that covers the iTune's "Season Pass" feature and another covering the iPhone's touch based slide unlocking-mechanism interface.

Apple's patent generally relates to remote control systems that can distinguish predetermined light sources from stray light sources, such as environmental light sources and/or reflections. Apple's patent appears to be describing a likely upgrade to or next generation Apple TV console system. The focus of the patent, as noted in FIG. 1 below, centers on a new transmitter component that sits under a display or television in communications with the Apple TV console. The entire system could also be incorporated into a television itself, states the patent. 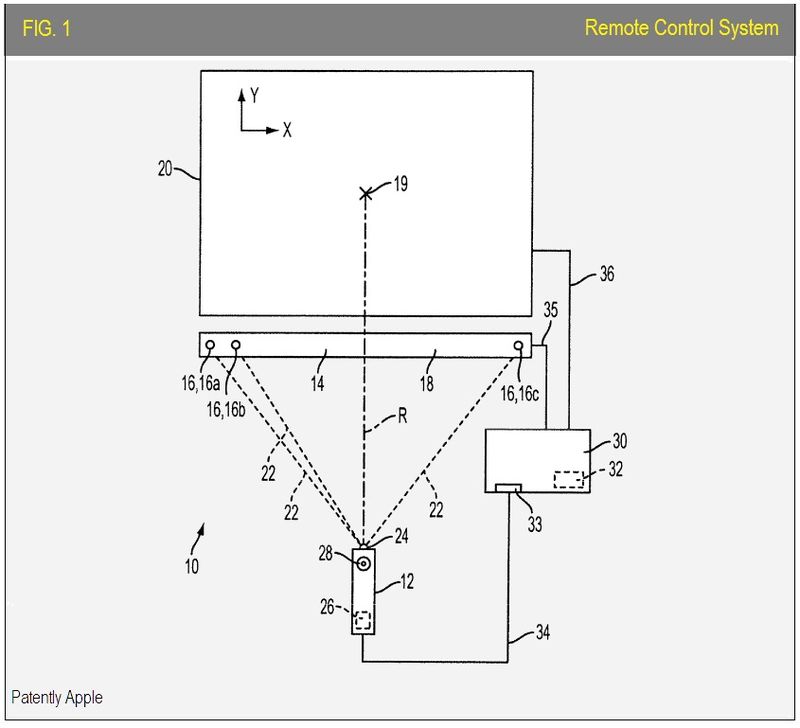 Apple's patent FIG. 1 illustrates one embodiment of a remote control system of the present invention having an asymmetric pattern of predetermined light sources. 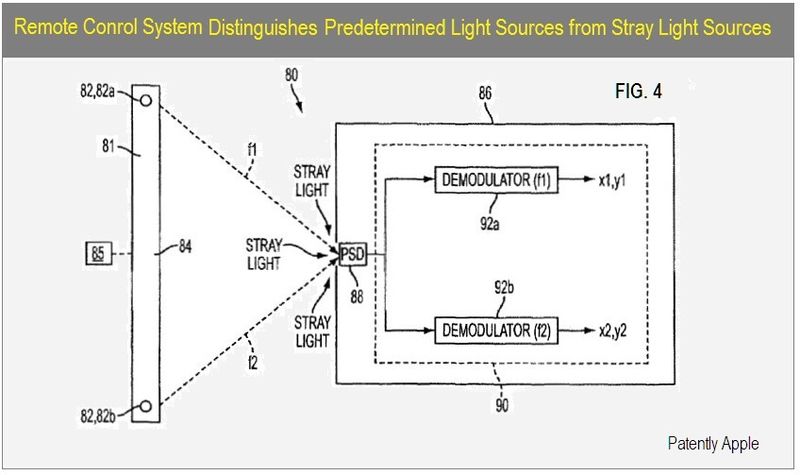