The US Patent & Trademark Office has just published Apple's latest design trademarks pertaining to the new tablet computer called "iPad" under applications 77921838 and 77921829. The two designs are represented and displayed in this report. 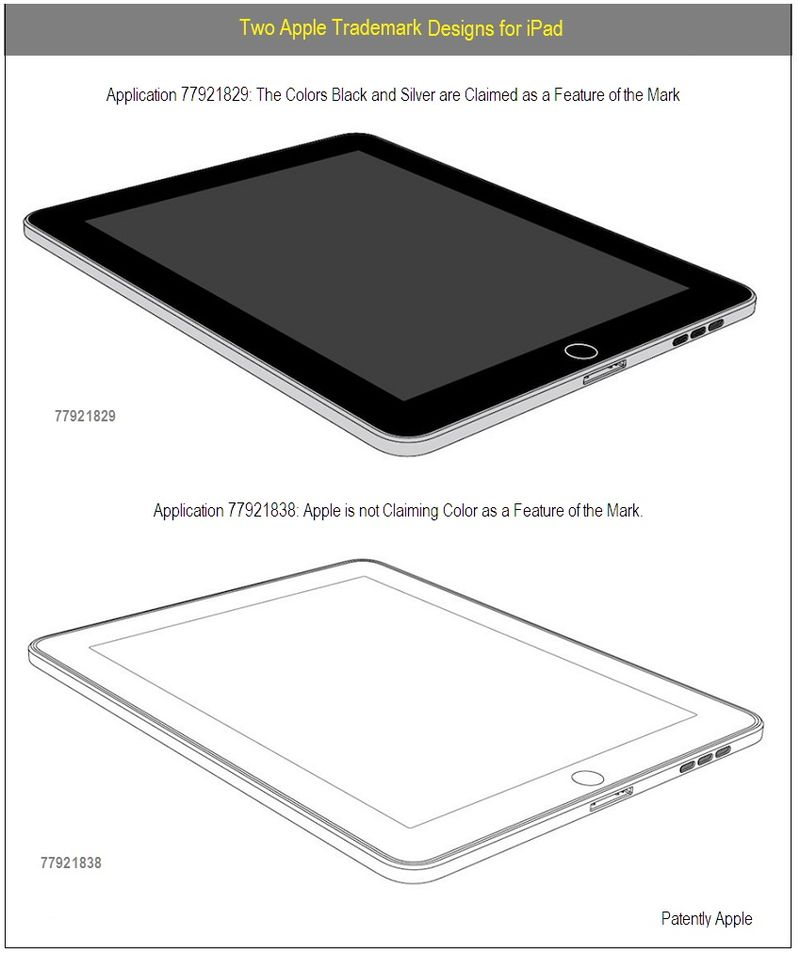 Application 77921829: Apple states that "The color(s) black and silver is/are claimed as a feature of the mark. The mark consists of the configuration of a digital electronic device."

Both Trademark Applications note the following:

Apple's other iPad design that was revealed today covers a front view of the device with its GUI.