The US Patent & Trademark Office has just published Apple's desigin trademarks pertaining to their new tablet computer called the "iPad." In Patently Apple's first design trademark report we covered two of Apple's overview designs of the iPad. In this report we'll present you with Apple's third iPad design trademark application which displays a frontal view of the iPad with its User Interface. Application 77921869: Apple states that "The color(s) black and silver is/are claimed as a feature of the mark. The mark consists of the configuration of a digital electronic device." 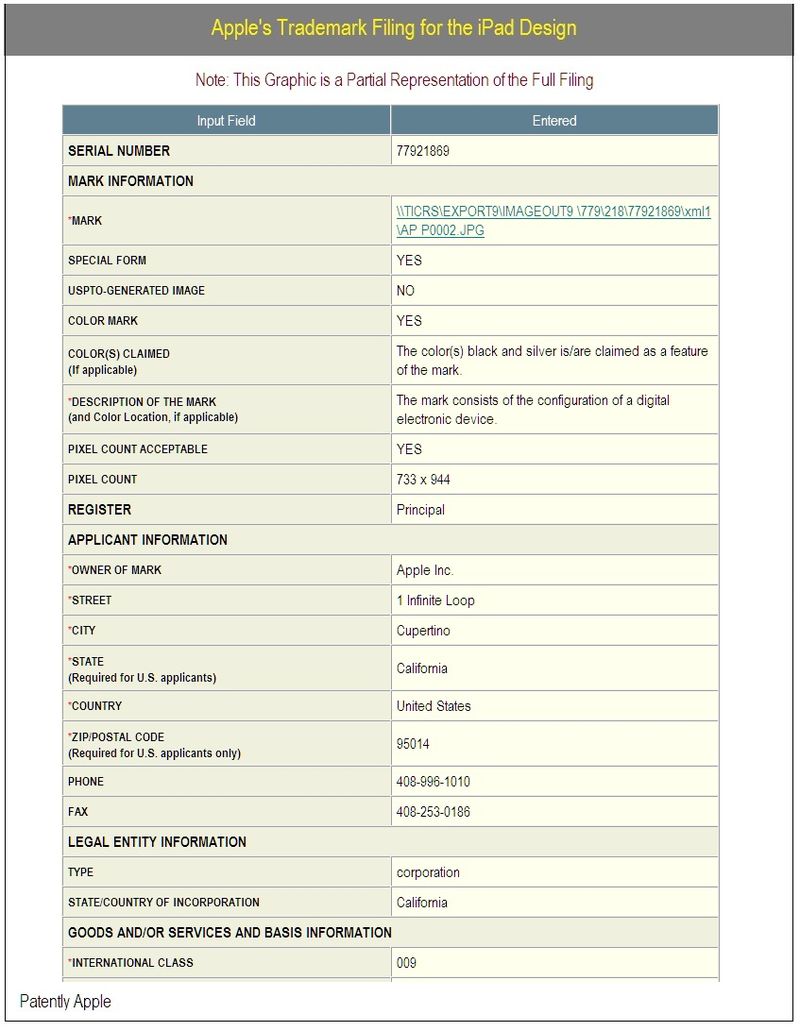 Extra Graphics from the Trade Mark Office in China