The European Trademark Office, referred to officially as the Office for Harmonization in the Internal Market, has published five sequences of registered designs under 001185821-0001 to 0005 for Apple's Magic Mouse. The application was filed for in Germany in December 2009 with Apple's Andre K. Bartley acknowledged as the designer. The registered designs were officially published in Europe on Tuesday January 26, 2010. 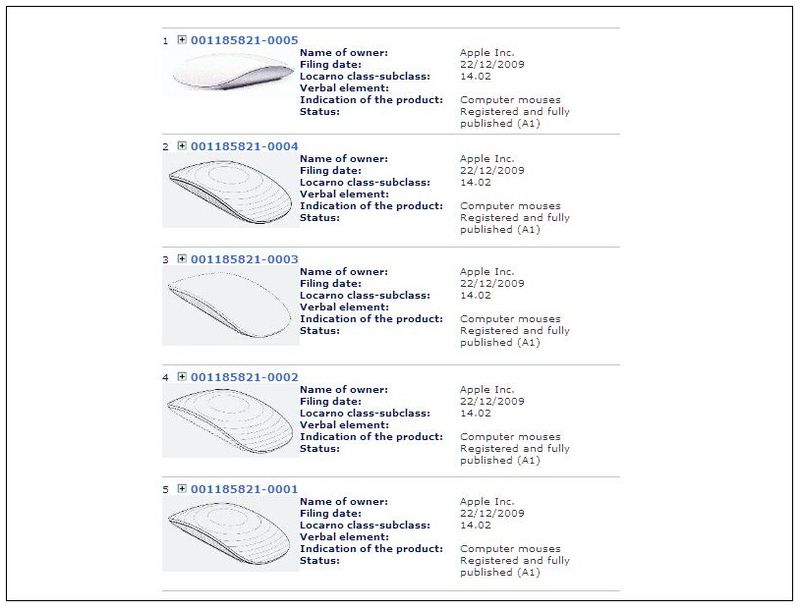 I got a Magic Mouse for XMAS and it arrived three weeks after.

I must say it was worth the wait. It's the best mouse I've ever used!