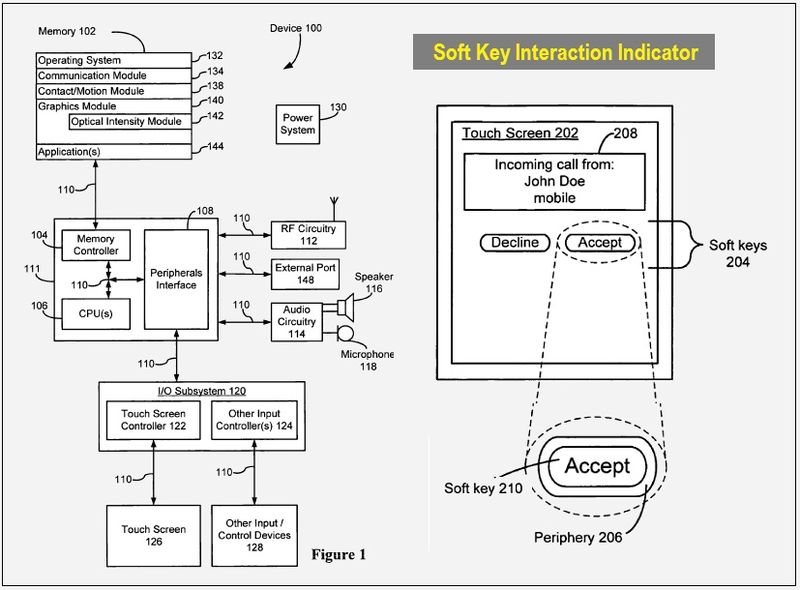 The US Patent and Trademark Office officially published a series of 10 newly granted patents for Apple Inc. today. The notables within this group include one relating Apple's touch technology in respect to a soft key interaction indicator, another relating to an SATA storage device, yet another relating to everything you wanted to know about assembling an iPod and finally, a granted patent for the iPhone's Account Information Display which notes Steve Jobs as one of the inventors.

Apple's patent generally relates to user interfaces that employ touch-sensitive displays. More particularly, the disclosed embodiments relate to changing the optical intensity of the periphery of a soft key in response to interaction with the soft key. According to the patent, the invention applies to Apple's touch screen based media players and a tablet.

Apple's patent FIG. 1, presented above as our lead-in graphic, illustrates a block diagram of a portable electronic device which includes an Optical Intensity Module. Patent FIG. 2 illustrates a touch screen displaying one or more soft keys.

Accordingly, there is a need for improved techniques for providing users with an indication of interaction with soft keys.

The periphery of the soft key may include a band or annular region surrounding the soft key. In some embodiments, a release of the contact is determined and the optical intensity is smoothly decreased. 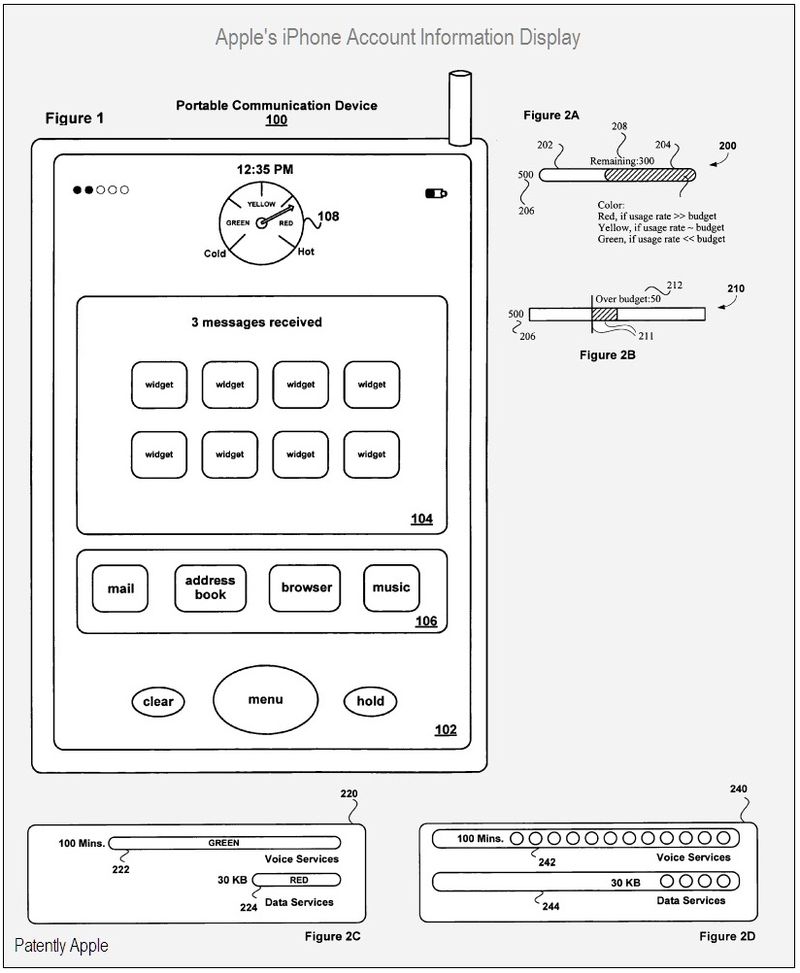 If you're interested in knowing how Apple's iPod is assembled, then view this patent's temporary link. Apple credits Stephen Zadesky and Stephen Lynch as the inventors of this granted patent 7,649,744.

Granted Patent: System and Method for a Host to Access an Internal SATA Storage Device within an Accessible Host using an External Serial ATA Connection

The first design win today is for Apple's first generation iPod nano D608, 342. The original filing is shown to have been made in January 2004 which dates it back to the first generation iPod nano. Why Apple had to re-file for this again in 2009 isn't explained. For more information, view this temporary link. Apple second design win is for a dock insert under D608, 352. Apple's third design win of the day is for the iPhone's "My Info" page under D608, 366 as shown below in black and white. The design is credited to Mike Matas. For more information, view this temporary link.