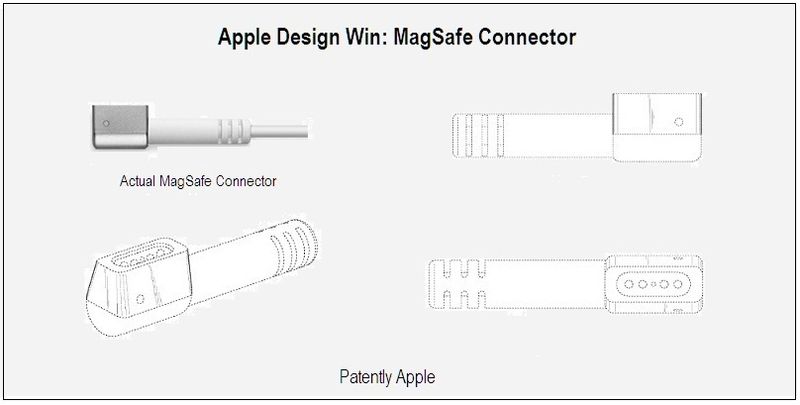 The US Patent and Trademark Office officially published a series of seven newly granted patents for Apple Inc. today. The notables within this group include one that relates to Apple's Final Cut Studio's Motion technology, two patents for MagSafe that relate to both the design and technology behind it, another one covering a power savings technology relating to reducing replay occurrences in processors and finally, Apple wins their third iPod nano third generation design patent.

One aspect of the present invention includes a method of detecting pan and zoom in a video sequence. The method comprises selecting a set of frames from a video sequence (e.g., by identifying scene cuts), determining a set of motion vectors for each frame in the set of frames, identifying at least two largest regions in each frame in the frame set having motion vectors with substantially similar orientation in a reference coordinate system (e.g., polar coordinates), determining percentages of each frame covered by the at least two largest regions, determining a statistical measure (e.g., variance) of the motion vector orientations in the reference coordinate system for at least one of the two largest regions, and comparing the percentages and statistical measure to threshold values to identify a pan or zoom in the video sequence. 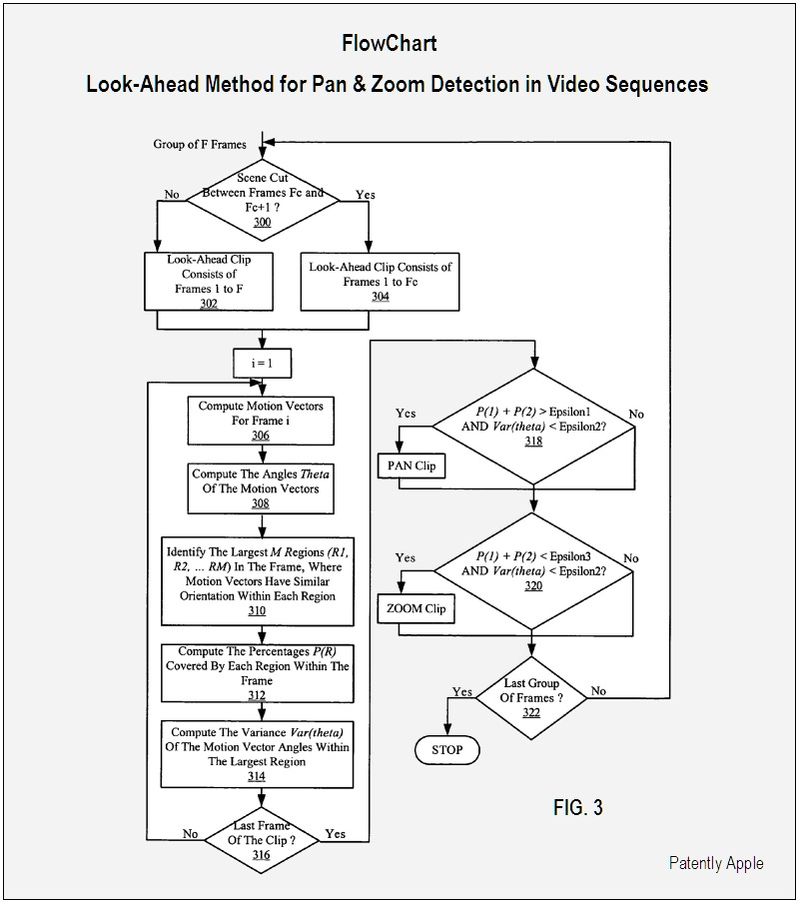