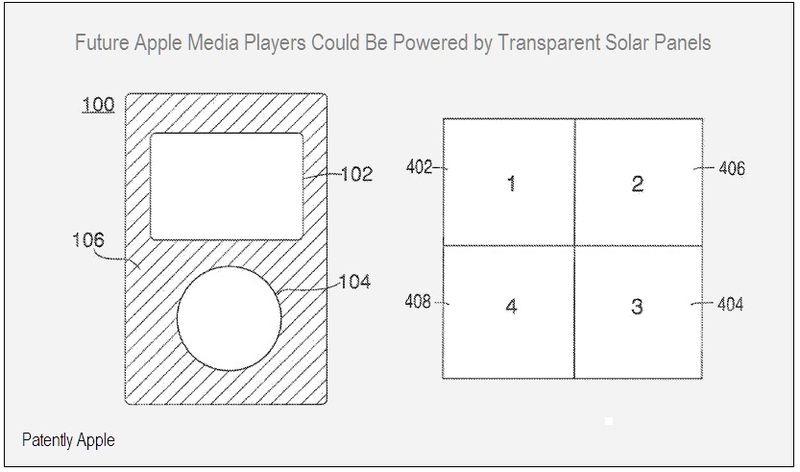 Last week Apple introduced us to a Smart Home Energy Management System that had every tree hugging site on the planet cheering Apple on to the n-th degree. Well today's patent application from Apple should provide an encore for this audience, because Apple is seriously working on reinventing their media players to operate, for the most part, using solar cell panel technology; Panels that could cover a portion of the front or back covers of portable devices that are made from a transparent or semi-transparent material. One of the cool factors to Apple's technology is that if one or more of the solar cells are obstructed from a light source, the voltage output of the solar cells can use a technique described as first and second cell chain reactions to ensure that the device retains a constant source of power. The system works with a regular battery to ensure that in times of complete darkness the media players will still be functional. What will they think of next?

Apple's patent FIGS. 1A and 1B illustrated below show simplified diagrams of an exemplary portable electronic device 100 constructed in accordance with some embodiments of the invention.

In patent point 007, Apple states that this invention could relate to methods, systems, and apparatuses for powering a portable electronic device using one or more solar cells. The portable electronic device may be an Apple iPod, iPhone or any other suitable media device. In patent point 0032 the devices capable of using solar cell technology specifically expand to include the iPod Shuffle, internet-capable devices, personal organizers, portable computing systems, any other portable electronic device, or any combination thereof. That would definitely cover the MacBook, the iPod Touch and a future iteration of a tablet computer. The patent states the obvious, that solar cells could generate electrical power in response to being exposed to light energy.

Battery 310 could power the portable electronic device if solar cells 302 are not activated. For example, the user may be using the portable electronic device indoors (e.g., in a dark room) or at night. Battery 310 may be any suitable type of standard rechargeable battery such as, for example, a nickel-cadmium, a lithium-ion, a nickel-metal hydride, or rechargeable alkaline battery. 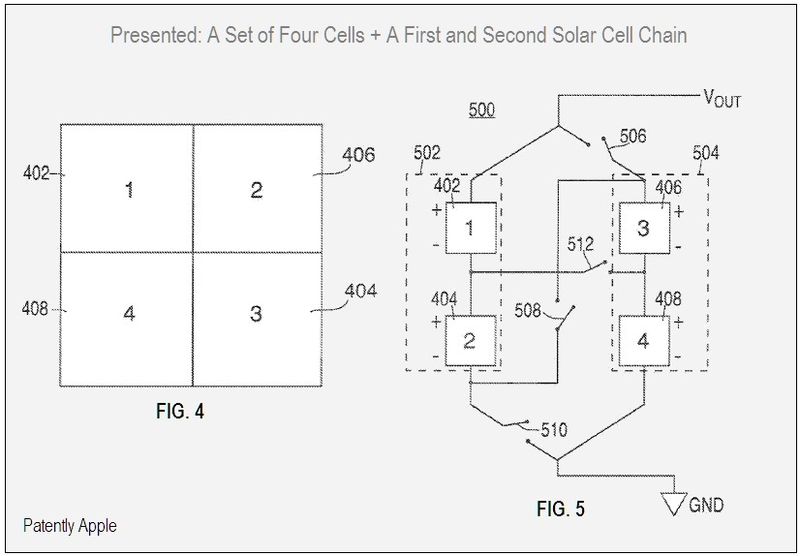 Apple's patent FIGS. 6A shown below is a flowchart of an exemplary process for powering a portable electronic device using solar cells in accordance with some embodiments of the invention. 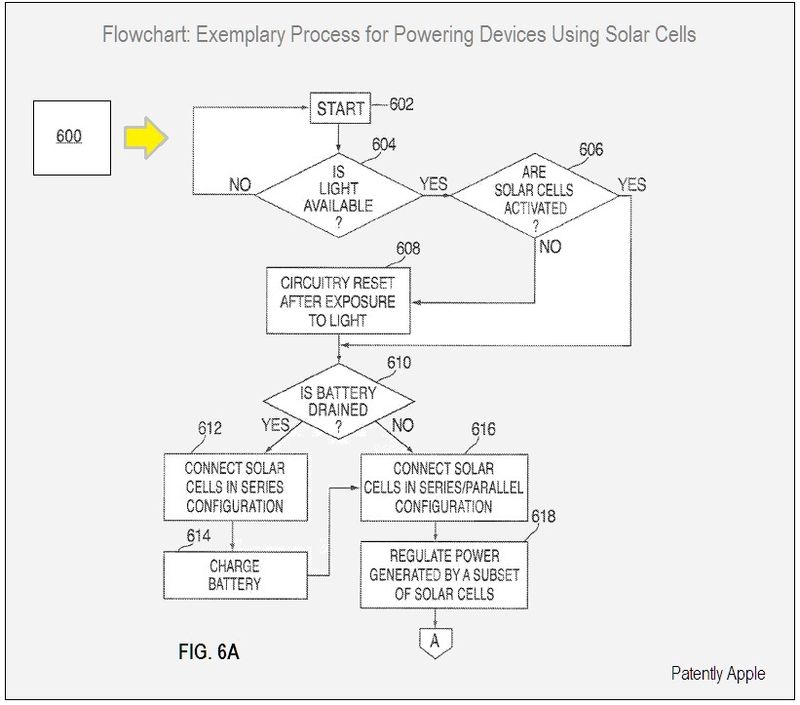 Apple credits Michael Rosenblatt and Daniel A. Warren the inventors of patent application 20100013309, originally filed for in Q3 2008.

Review Apple's other Green Patents in our Tech: Green  Sector and/or learn about Apple's Environmental Footprint.