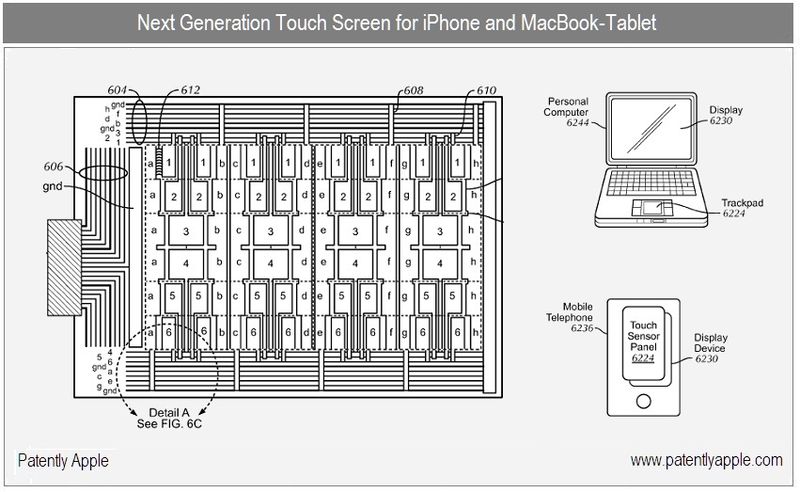 On January 7, 2010, the US Patent & Trademark Office published a patent application from Apple that reveals one of the next chapters for Apple's multi-touch screen technology. Apple's patent generally relates to displays having pixels that include capacitive elements, and more particularly to displays in which capacitive elements of the pixels that form part of the display system that generates an image on the display also form part of a touch sensing system that senses touch events on or near the display. Additionally, the patent focuses on displays including pixels with dual-function capacitive elements that translate into fewer moving parts and/or processor steps that could deliver thinner, brighter displays. While Apple's patent, in general, could only be truly appreciated by someone with a Ph. D in this particular discipline, we mere mortals are able to see that Apple will use this next generation touch screen technology on their iPhone, iPod touch and yes, a touch screen MacBook or future MacBook-Tablet. Apple's new displays will in part, utilize LTPS screen technology which is said to be lightning fast.

Apple's patent FIG. 6A illustrates a partial view of an example touch screen having regions of pixels with dual-function capacitive elements that operate as LCD elements and as touch sensors according to embodiments of the invention. 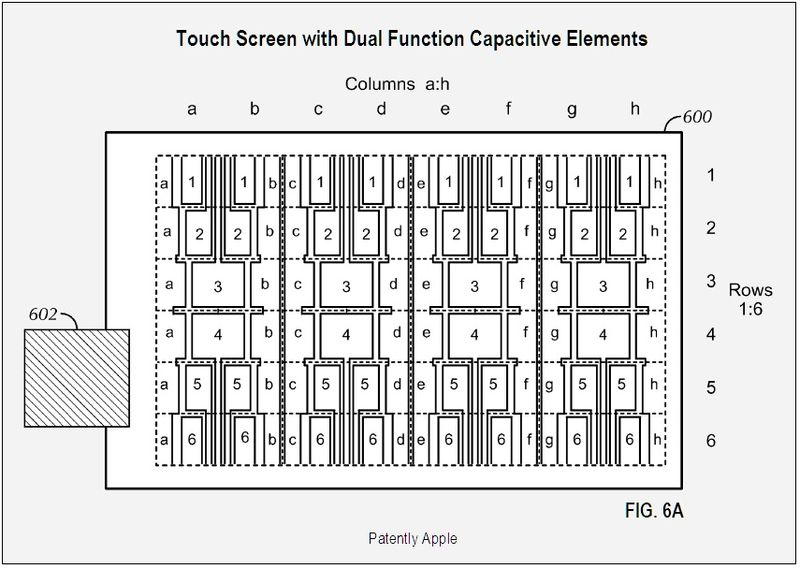 Apple's patent FIG. 6B shown below illustrates a partial view of example touch screen including metal traces running in the border areas of the touch screen according to embodiments of the invention. The new touch screen technology that includes pixels with dual-function capacitive elements is earmarked for Apple's iPhone, other media players, Apple's MacBook trackpad and display as shown in FIGS. 62A, B and C. 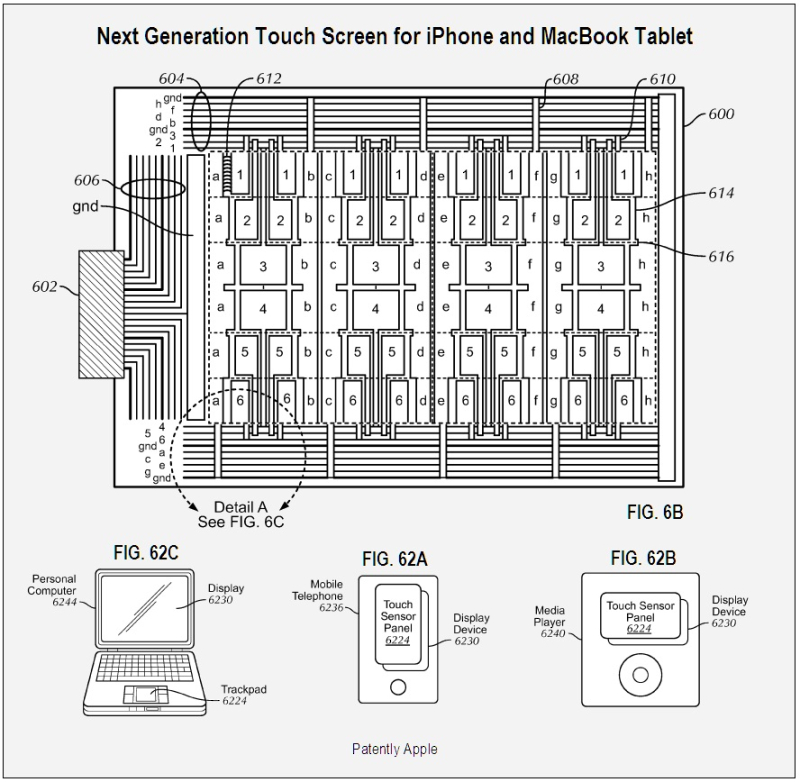 According to Wikipedia, in-plane switching was developed by Hitachi Ltd. in 1996 to improve on the poor viewing angle and the poor colour reproduction of TN panels at that time. The magic comes into play when you add LTPS. According to LG, LTPS provides more than a 100 times faster TFT mobility than the amorphous silicon (a-Si) technology.

There are a few misconceptions out there today.

The number one misconception - is that the name of Apple's soon-to-be tablet will be that of the "MacBook Tablet." Not so.

The current patent presents us with a notebook with a touch display, which is confirmed by a previous patent duly noted in the opening paragraph of this report. In the previous patent, there's an illustration that shows us a notebook that has a display that could slide over the keyboard to create a tablet. Thus Notebook = MacBook and the slide display = Tablet. This is a description of the end product, not the actual branding from Apple.

Secondly, a MacBook Tablet concept that Apple has shown us is likely to be coming to a version of a MacBook "sometime in the future." This may have nothing to do with what Apple has on tap in the next few weeks or months. Apple will likely have several iterations of tablets over the next 3-5 years like they have various iPod iterations.

I hope this clarifies some myths that have been created in the ecosystem today.