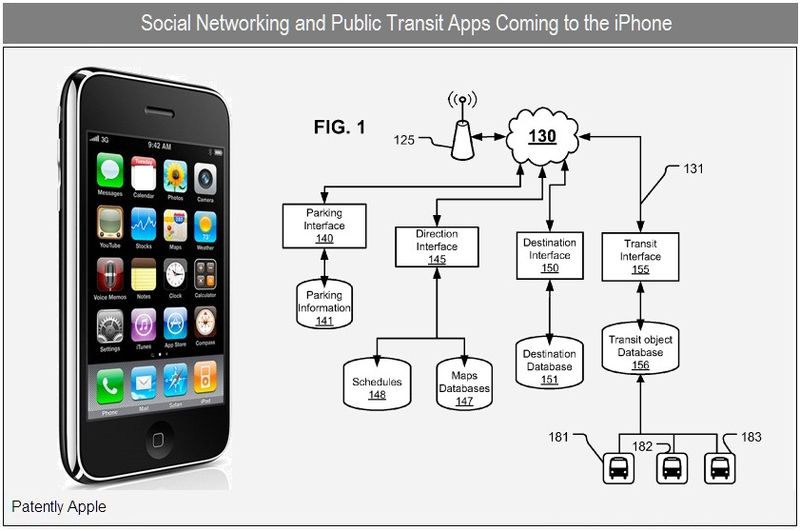 An interesting Apple patent surfaced last week that had me take a second look. The patent generally relates to provisioning mobile devices with information and services pertaining to a location. While this patent confirms that location based technology could be used to send out ads to iPhone users, the fact is that this patent provides us with some interesting twists. A new architecture will offer differing databases relating to points-of-interest (think restaurants, night clubs, theaters, etc) and social networking via a shared-interest database - so that you and your friends could plan a night out by coordinating information. Another key focus of this patent relates to Apple's iPhone offering a very handy Transit System Interface covering busses, light rails, trolleys, cable cars, or other types of conveyance available for public use. The system would be able to send out timing alerts to users based on current public transit schedule information, current locations of public transit vehicles on one or more routes and so forth. The location-aware iPhone will use triangulation information via GPS signals. Whether for city transit or inner city parking, the service will double as a vehicle for Apple's new Quattro Wireless ad services 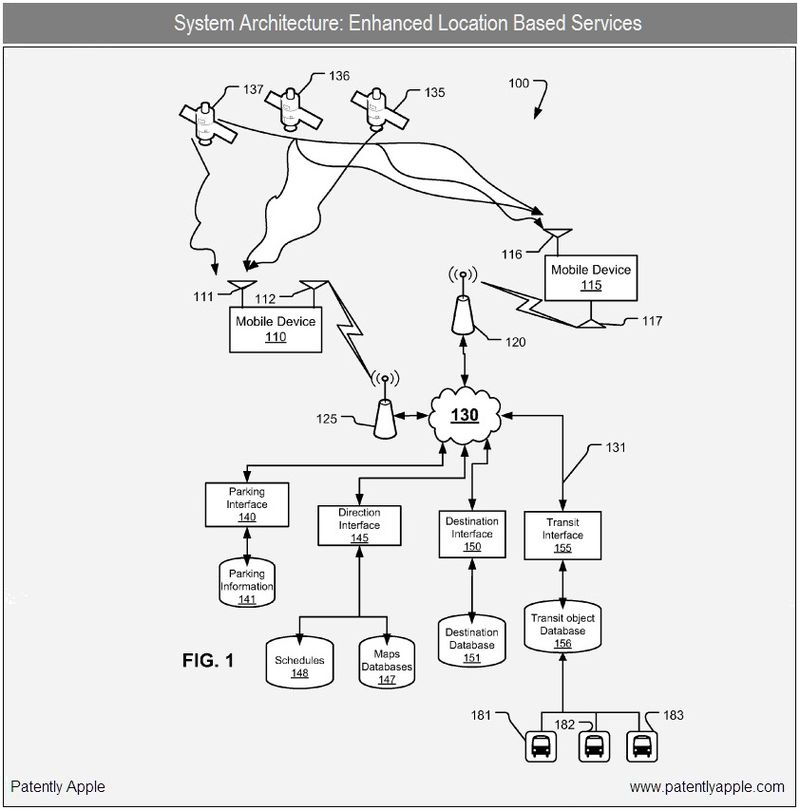 Apple's patent FIG. 1 illustrates a first-example system architecture 100 for providing enhanced location-based services according to the examples and aspects presented. The architecture includes GPS (Global Positioning System satellites) 135, 136 and 137. As is known in the art, these satellites provide downlink signals receivable by a device such an iPhone, and based on the received downlink signals, the device can triangulate a position in two or three dimensions.

Public transit vehicles, exemplified by icons 181-183 can feed their present positions via network (e.g., wireless) transmissions through intermediate base stations and other intermediate network nodes to the transit object database 156. Such public transit vehicles can include, for example, busses, light rails, and trolleys, cable cars, or any other type of conveyance available for public use. That would by example cover hovercraft or boats that are part of many commuters near water. In addition, even a taxi company could decide to transmit present positions for its cabs that have no current occupant, and refrain from providing locations for its cabs that currently have fares. Therefore, the database 156 would be expected to have locational information for conveyances that may be able to transport a person.

Apple's patent FIG. 7 noted below illustrates aspects of a method 700. Points of interest here include a "points of interest" database. This could be your database or a specialized app that points to restaurants, night clubs, theaters, club houses, gyms and so forth. 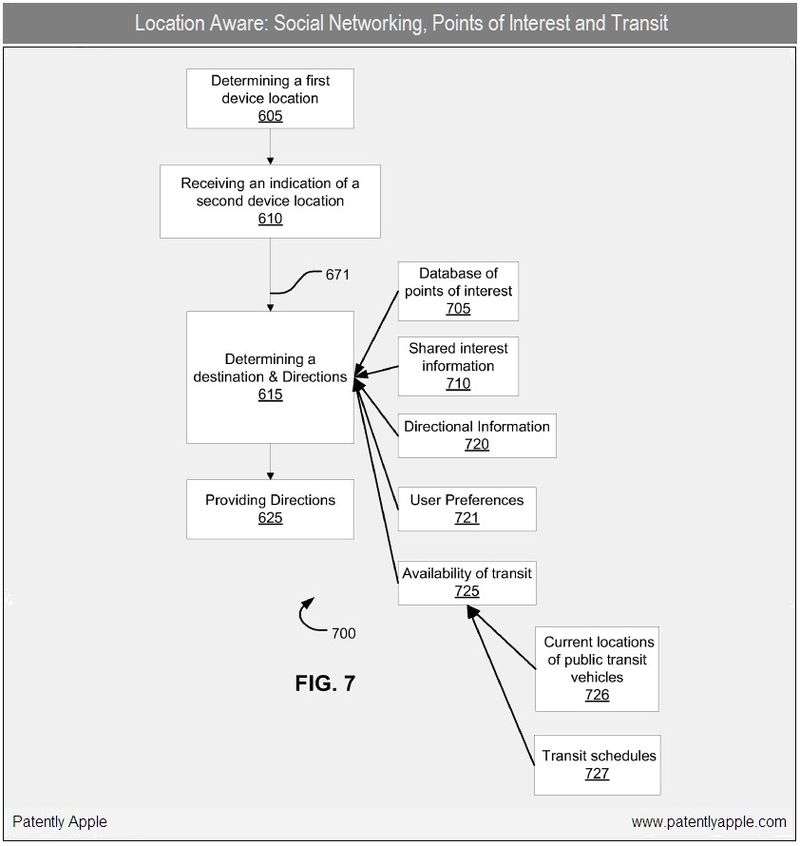 Other user preferences 721 also can be used in determining a destination, such as preferences relating to parking costs, amount of walking desired or permitted in arriving at a destination, budgets for certain activities, such as dinner, and so on. Such information can be stored in a profile or profiles for the user.

Availability of certain modes of transit 725 also can be a factor considered in destination selection. Transit related information can include schedules for transit.

Also, since multiple users and devices were involved in the example method 700 of FIG. 7, variations on such methods can include allowing one user at one device to assume priority or control for a given interaction. Other variations can include one device supplying directions for users at both devices. Such supply of directions can be by a text message, for example, where the second device does not have the directional capabilities of the controlling device.