On the last patent day of 2009, the US Patent & Trademark Office published an important continuation patent from Apple that reveals one of the next chapters for Apple TV's remote. Firstly, the remote will implement a new magnetic compass within the remote's casing that will actually float in liquid so as to maintain its position relative to the gravity vector. This will provide the remote with incredible precision movement and fluidity. Secondly, with this new found precision, Apple hints of introducing a new illustration application to showcase this new remote's capabilities which would likely debut as iWork's fourth application. That in itself is great news. In theory, Apple's Keynote application would greatly benefit from such a new tool - in that it could provide the presenter with the ability to mark-up presentation graphics on screen live with this new 3D wand/remote.

The interesting aspect of Apple's illustration application example shown below is that it could in fact be actually illustrating a new iLife or iWork application in the works. That by itself would be exciting news.

In some embodiments, the user may draw images or create designs using an illustration application. Apple's patent FIG. 60 is an illustrative display screen of an illustration application in accordance with one embodiment of the invention. Display screen 6000 may include drawing surface 6010 on which a user may draw or create a design. To draw line 6022, the user may control pen 6020 with wand 6040. . The illustration program may provide illustration options 6130 and 6132 which covers options for colors, drawing tools, layers, effects, or any other suitable option that may be desirable for drawing or creating a design. The user may move wand 6140 in a particular manner (e.g., flicking or rotating the wand in a particular manner, or moving the wand a particular distance off screen).

As part of the iWork suite, the illustration app could also double as a new vital tool tied into Apple's iWork Keynote application. Not only would the 3D wand be able to point to a graph, chart or illustration in a keynote presentation but would also be able to allow the presenter to mark-up the presentation in real time – as in - draw a rough circle around a series of numbers or charts etc to emphasize a particular point on screen. Now that would be extremely helpful to a presenter.

In order to provide the user with the ability to draw properly, the new Apple TV 3D wand/remote will have to be able to turn with great precision and flexibility which is explained in short below.

The 3D wand may include one or more accelerometers, gyroscopes, or other motion detection components. The wand may be operative to transmit motion.  For example, the wand may identify motion in the x-y plane, and transmit the motion to the main Apple TV device. The wand may also include an input mechanism (e.g., a wheel or a touch strip) for providing inputs in the z direction to the Apple TV device (e.g., instead of or in addition to identifying motion of the wand in the z direction).

Apple's patent FIG. 7 is a schematic view of a wand that may include a magnetic compass which will increase the precision with which the wand determines its orientation, to reduce the reliance on received IR light. The magnetic compass may include a ball enclosed in liquid to maintain its position relative to the gravity vector (which may be parallel to the y-axis). 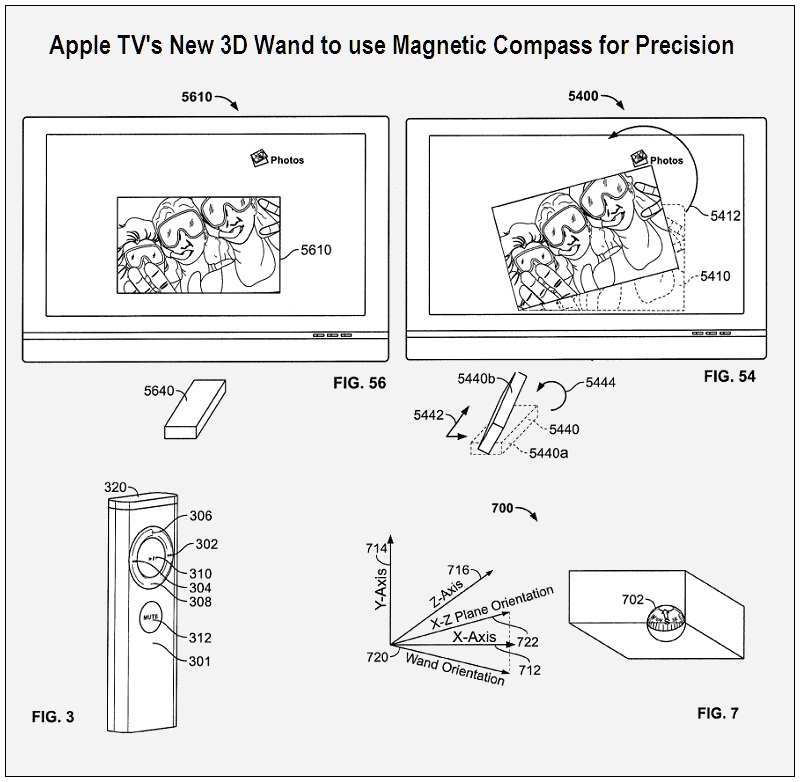 Apple's other 3D patents published in 2009 included one discussing a new high-end 3D version of OS X and another related to the coming 3D Internet.

Update: Other crucial 3D related patent reports should be noted. One is about a 3D Movie Browser which also covered the original news of this current 3D Remote patent in general – and the other is a major December 2008 patent covering multi-dimensional GUI design which discusses 2.5D and 3D. Apple's current dock reflects a 2.5D design. Yet it should be noted that Apple originally filed that patent application in June 2007 - or about a year prior to hearing about the Johnny Lee Wii-Project.

Apple credits Duncan Kerr and Nicholas as the inventors of continuation patent application 20090322676. 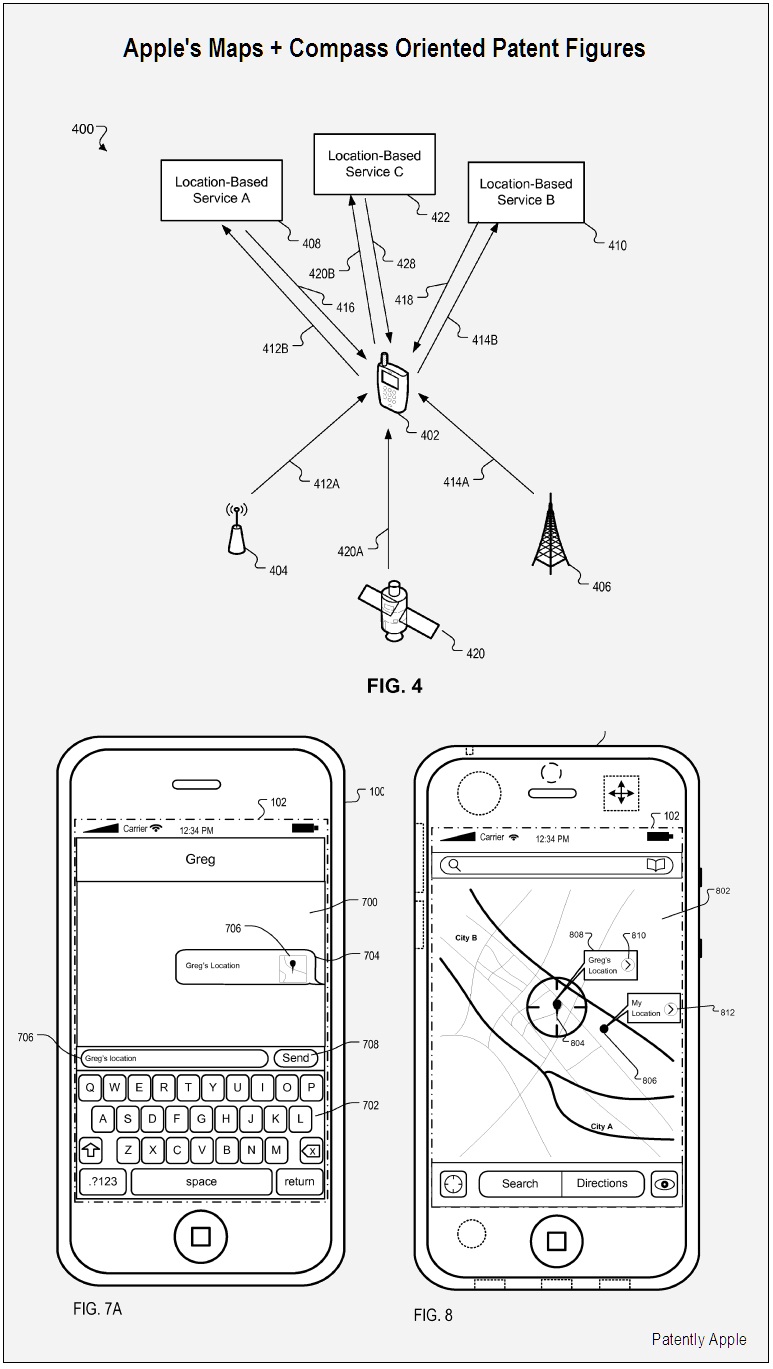